Our Originators series explores specific, esoteric scenes through mixes of representative tracks and interviews with prominent artists, as conducted by Zak “SPF666” DesFleurs. The intent is to provide desperately needed historical context for these genres in the age of the Internet, a time when cultural objects are uprooted from their scenes and reworked, repurposed and reappropriated beyond recognition.

For our latest installment of Originators, we focus on a niche genre within Baltimore club music, shakeoff. Shakeoff may be one of the most insane-sounding genres to someone unacquainted with it: high-BPM Club that uses deftly chopped Lil Jon samples and gunshots as instruments. I got a chance to catch up with DJ K-Spin, who is widely credited with the creation of this wild genre. We spoke about Baltimore club, shakin’ and rockin’ off, and the origins of the iconic “whats” and “heys” that define this genre. As always, K-Spin provided a mix, blended in the style of the dance battles to which the genre is so strongly tied.

Much like bamabounce, little has been written on Baltimore shakeoff, despite the increased attention to club music in general. How would you describe shakeoff?

I’ve always considered my tracks to be traditional Baltimore club music, but strongly catered towards the dancers. Under my influence, other producers started to follow suit, which essentially created the sub-genre known as shakeoff. Shakeoff usually is a little faster than typical Baltimore club music. When I started producing, tracks were normally around 128 BPM. I pushed the tempo up to around 132 BPM, which gave the tracks more “umph,” and I noticed the dancers liked these faster tracks. Also, Baltimore club is known for having repetitive chants, but I believe that shakeoff takes the vocal element to another level. In my tracks, I use chops and samples sort of like instruments.

There’s definitely a kinetic element: a strong guiding relationship with the dancers. How did you first get into club music? What led you into DJing and production?

I first heard Baltimore club when I was in elementary school. My stepfather (DJ Brooklyn Breeze) had DJ equipment around the house, and started to let me use it when I was around nine years old. He had club records that I would play around with and eventually he started to teach me how to DJ. Those club records — which by today’s standards, were more house music than Baltimore club – were my introduction into dance music.

Later on, I started DJing at one of the premier spots in Baltimore for Club music, The Tunnel. There I met DJ/producer Mike Mumbles, who inspired me to produce club music. When I saw him play his original productions, I knew I had to get in the Baltimore club game as well. The first club track I produced was made on Mike Mumbles’ ASR-10. I remixed Mr. Cheeks’ ‘Lights, Camera, Action’. When Mike Mumbles made the switch to Reason, I wound up working with that in his studio. Eventually I began using FL Studio, and still continue to use it in combination with Pro Tools and Ableton. I really like to use anything that is in the studio at the current moment that allows me to get my ideas out. Right now, I’m waiting for Image Line to make FL Studio Mac compatible.

It’s clear that your stepfather had a pretty significant influence on you as an artist. What else inspired your work?

My main influences are the Baltimore club dancers. My breakdowns and arrangements are made in a way that allows the dancers to really shake-off and rock-off. A lot are my tracks are used during Baltimore club battles because of this. I am also a student of Baltimore club and love a lot of the classics. Some of my favorite producers and friends are Mike Mumbles, Blaqstarr, Debonair Samir, Rod Lee, KW Griff, Say Wut, Mighty Mark, Johnny Blaze, Naefoe, DJ Tigga. Even though DJ K-Swift wasn’t a producer, she definitely influenced my productions. I used to give her exclusives for her legendary Jumpoff mixtapes and 92Q sets. She motivated me by constantly telling me that she loved the tracks, and pushing to me to keep doing my thing. 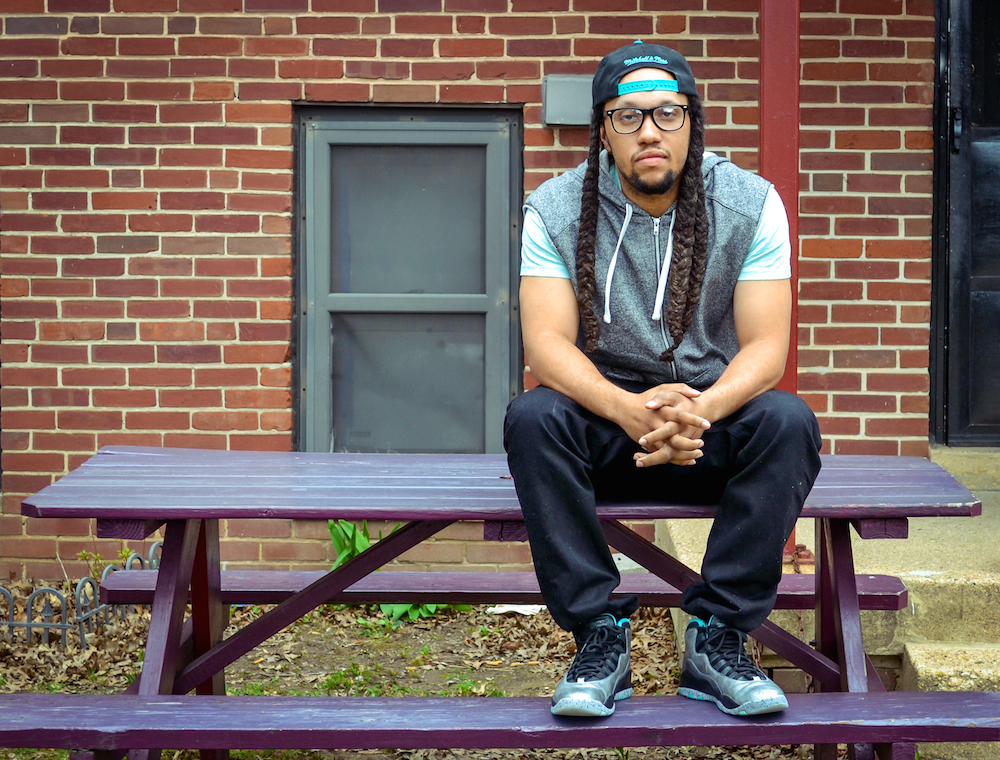 “The King of Baltimore dance battles were like the Wrestlemania for Baltimore club dancing.”DJ K-Spin

That’s incredible that you got a chance to work with K-Swift. Your influences read like a who’s who of Baltimore club, it makes a lot of sense. Can you describe the birth and development of shakeoff as a genre?

In my opinion, shakeoff as a genre is still in the early stages. Until recently, and during the K-Swift times, we still considered all of this just to be “club music.” Now, in terms of it developing as more of a scene and a culture, you have The Paradox, Choices, Hammerjacks, Club One, Sonar and numerous clubs around Baltimore city being used as battlegrounds for the dancers to come showcase their skills.

The King of Baltimore dance battles were like the Wrestlemania for Baltimore club dancing! A promoter by the name of Uneek hosted a tournament that pitted the best dancers in the city against each other to crown the king and queen of the scene. I remember when I first played one my early tracks ‘Fight Em’, the reaction in the club was crazy. Dancers asked me to play it back over and over again that night. Within a week or so, it was like an anthem for the entire dance community. Later, during parties, the dancers would wait for certain shakeoff tracks to be played. Eventually, even some of the older producers like KW Griff, Mike Mumbles, Rod Lee started to incorporate shakeoff elements, like repeated “whats” and “heys” in their tracks.

Those samples pretty much define Baltimore shakeoff for a lot of folks, and their widespread use is credited to you. What’s the story behind the Lil Jon samples?

I was looking for samples with high energy that I could use to make a crazy track. I was listening to Lil Jon and came across him saying “what,” “hey,” and “yeah.” I threw them into Reason and sped them up, and it was over! Those two samples repeated quickly have become a trend in club music for years. Some people hate me for it. But I’m definitely an influencer — sometimes it’s even hard to make remixes of my own tracks because so many people have remixed my stuff before I even got chance to! The tracks got so popular that even dancers started to produce, and were basing their tracks off of mine.

Where do you see shakeoff as a genre right now, especially in light of the widespread, renewed interest in club music?

Right now, shakeoff and club music is definitely going through a resurgence. You have a lot of the veterans getting back in the studio to create new records and a lot of the young producers are stepping their game up. I believe that you are going to hear some great new music coming from Baltimore very soon.

In terms of Jersey’s popularity, I think it’s great: more people are interested in the origins and that brings them to Baltimore club. As long as everyone knows the history of club music, I think it’s amazing. It’s always important to know where something originated from, and give props when they are due.

That’s what this series is about! At the very least, we all need to know the histories of the genres we work in, and with that knowledge should come a respect for those that innovated in those scenes. What’re you currently working on?

What are your top three favorite tracks in the genre?