Another white-hot line-up from Mr. Christ and cohorts.

Evian Christ has announced the fourth in his ongoing Trance Party series, this time taking the party to three cities across the UK over the Halloween weekend.

Room two action will be provided by DJ-slash-visionary Total Freedom (who is ‘undecided’ about his London appearance, according to the flyer), Dark0, Janus rep Kablam and Nkisi.

Tickets and details can be obtained from the highly entertaining trance.army website. 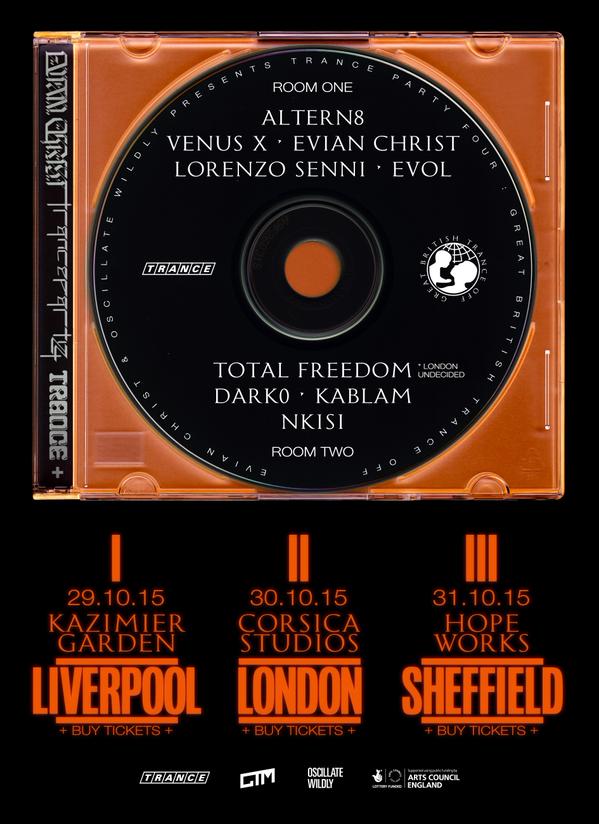