Metallica team up with Budweiser for limited edition beer 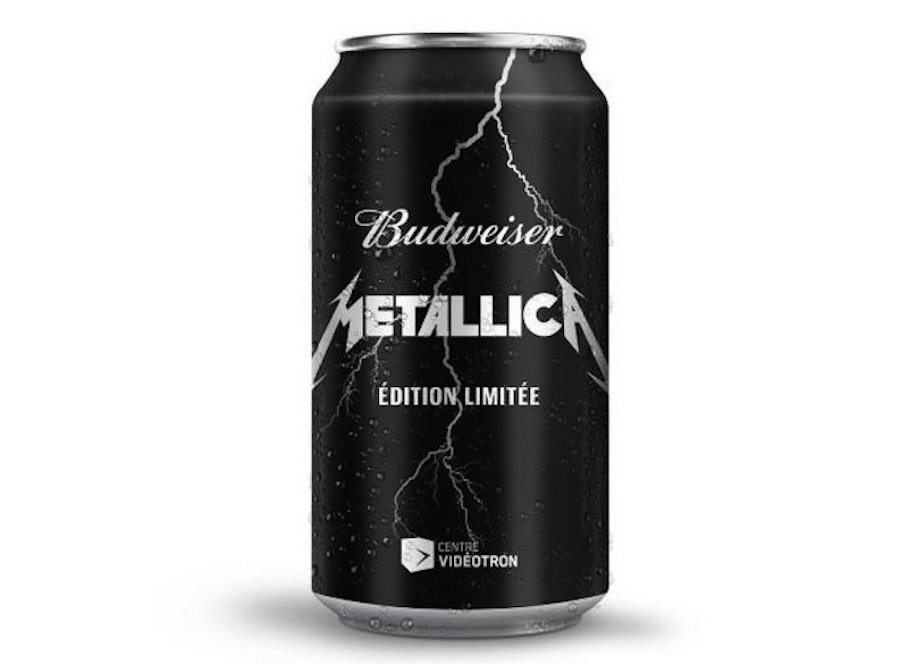 It’s fairly common to see musicians team with breweries for special edition beers, but Metallica aren’t the kind of band you want to sip some fancy craft brew alongside. No, they’re the kind of band you want chug something cheap to before crushing the can on your forehead. With that in mind, it’s pretty appropriate that the iconic heavy metal band have teamed with Budweiser for a limited edition beer.

Unfortunately, Exclaim points out the special black cans are only available in Quebec for the Metallica’s two shows this week to commemorate the closing of Quebec City’s Colisée Pepsi and the opening of Centre Vidéotron.

We are very pleased that the guys in Metallica are participating in this unique partnership that marks the history of the Centre Vidéotron,” said a rep for Labatt Brewing, the company that brews Budweiser in Canada.