The tweet also prompted people to bring up the label’s history of using unsettling images (including lynchings and executions) on Facebook. [Please note: those linked images are disturbing]

Panorama Bar DJ Tama Sumo posted a Facebook status that condemned the label’s use of these images, saying that she was “disgusted by your so called artwork. People of colour had and still have to go through so much pain, unequal and violent treatment in their lives. There is nothing edgy, cool or arty using pictures like this to promote you label. It is respectless and makes me sick!”

Michail Stangl meanwhile, part of the team behind Boiler Room Berlin and a curator for CTM Festival, pointed out that the label has used lyrics from a World War I era children’s song that “basically calls for the destruction of England” to promote an online mix (since deleted). “Until you put things straight,” he concluded, “this is not edgy, it’s pathetic.”

Kemal has since responded to these accusations, first stating that the tweet was a “bad joke”: 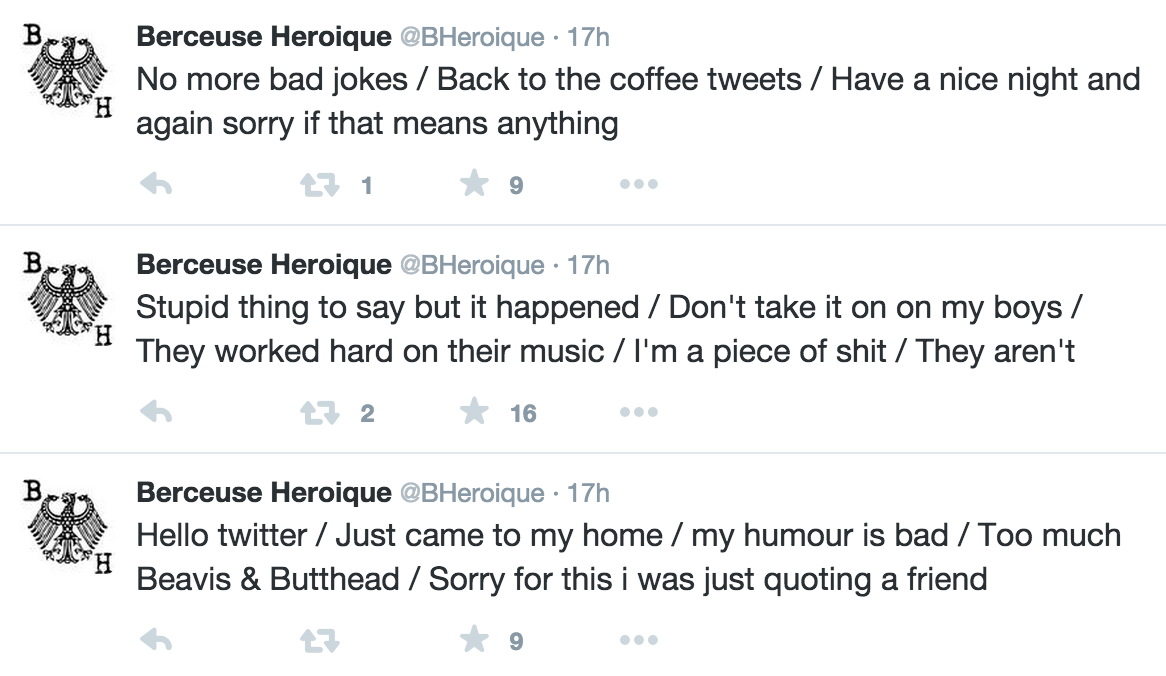 And then expanding, claiming that he can “smell a witch hunt”:

Beneath, a producer who has released music through Berceuse Heroique, has referred to the use of this imagery as “unacceptable”.

Speaking to Juno Plus earlier this year, Kemal described the record inserts as an outlet to express his frustration at life in the UK: “Those inserts started as a reaction to my experience being in a different country which is very hostile to other cultures (during) the last few years”. You can view some of them below, via Discogs: 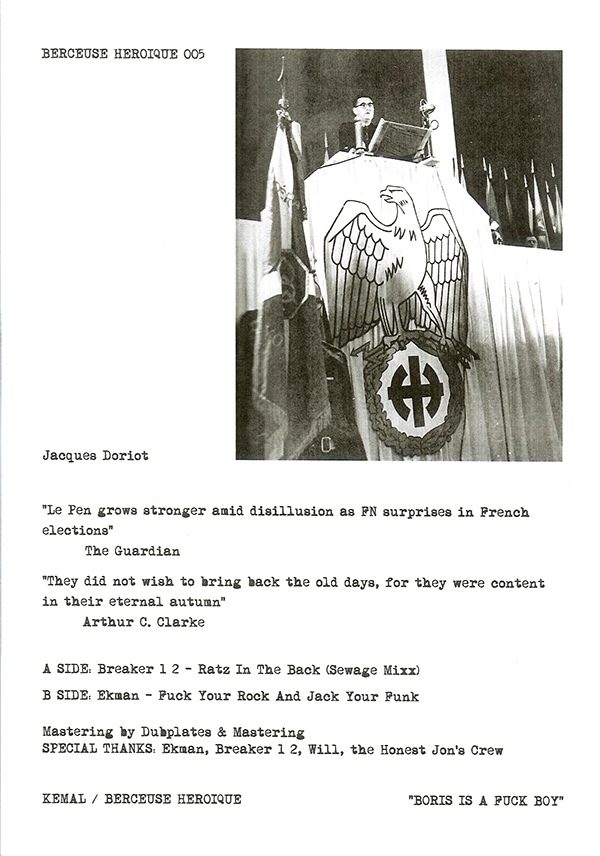 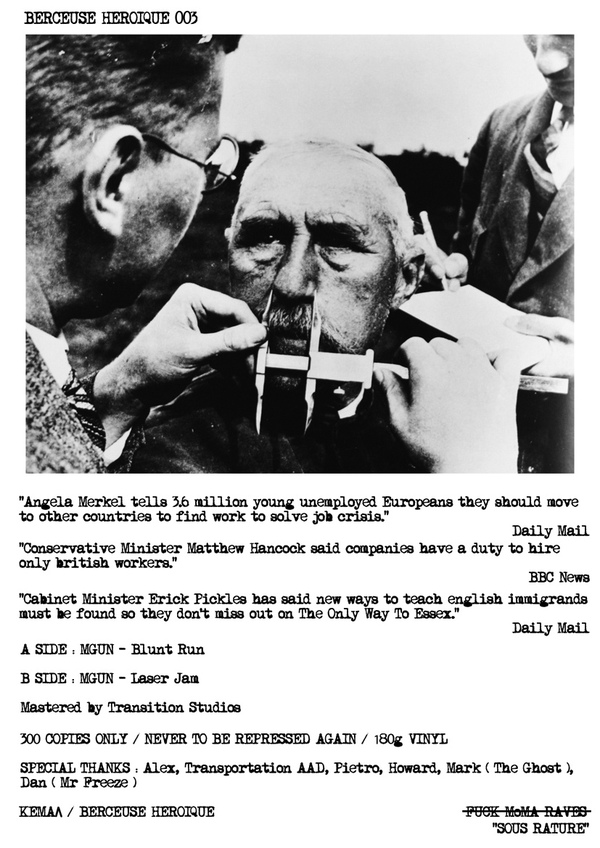 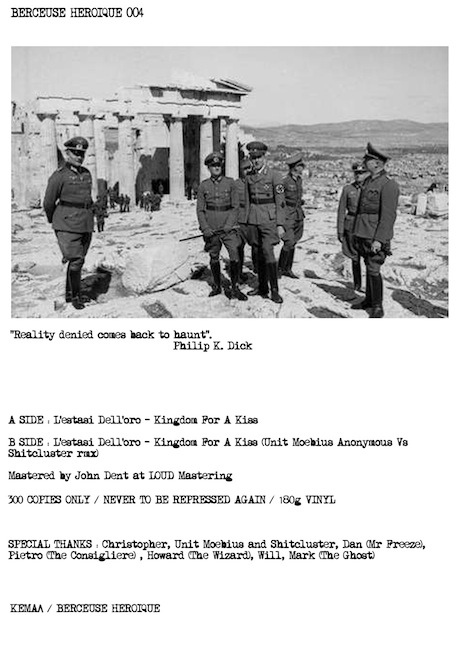