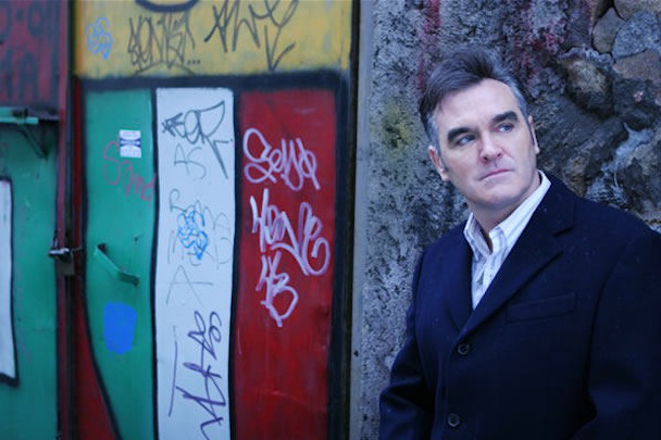 “A prime minister is supposed to protect the most vulnerable.”

Noted animal rights activist Morrissey has weighed in over the claims that David Cameron put his penis in a dead pig’s mouth while he was a student at Oxford University.

Morrissey – who will refuse to perform anywhere that meat is served – issued a joint statement with animal rights group PETA on fansite True To You, calling for Cameron’s resignation.

“No, boys won’t be boys – not when it’s sexual perversion and also involves a vulnerable victim of slaughter, a feeling being who lost his or her life and then was used for a prank,” the statement reads.

“Where have we seen other people in power misusing and sexually abusing corpses? This conduct is not excusable just because the perpetrator is prejudiced against and sneers at the other individual’s identity.

“A prime minister is supposed to protect the most vulnerable. Most pigs in the UK already live lives filled with pain and fear, confined to severely crowded, filthy sheds and denied the opportunity to engage in any natural behaviour. They are routinely mutilated, usually without any anaesthetics, including castration and cutting off their tails and teeth.

“If the allegations made by Lord Ashcroft are true, that Mr Cameron performed a sexual act on a dead pig while at Oxford University, then it shows a callousness and complete lack of empathy entirely unbefitting a man in his position, and he should resign.”

Morrissey wasn’t the only musician to comment on what was referred to as #piggate on Twitter – Cassetteboy provided their own take on the day’s events, while satirical band The Iain Duncan Smiths recorded a track called ‘Pig’s Mouth Strikes Again’ in tribute.

In other Morrissey news, he’s about to release his first novel – read an extract here.