Mysterious stickers, naughty messages and, er, a dead snake have all been found in the archive.

Ahead of the Arts Bank’s opening on October 3, the Chicago Reader paid a visit to the archive and met the man tasked with protecting the priceless collection for the future.

Frederick Dunson, a longtime friend of Knuckles who also serves as executive director of the Frankie Knuckles Foundation, explained how the records made their way into the centre’s collection, saying that the DJ had been thinking about what to do with them for more than a year before his death.

“I think he just wanted it to be accessible. I don’t know if he thought about programming around it or conversations about it,” said Dunson. “I didn’t realize his body of work was as large as it is — it just made me realize the span of time.”

The most interesting discovery? “A dead snake in one of the record bags.”

Certain aspects of the collection remain a mystery, like the coloured dot stickers Frankie placed on many of the records. “To us it means nothing, but to him it meant something — where [the sticker] was positioned [and] the color,” said Dunson. “In the dark, he could tell what this was or what he was going to play. Don’t ask me — he had his own system.”

A young intern who helped catalogue the records, 20-year-old Gaylord Minett, also stumbled across some more personal messages in the collection, including a note scrawled over a Janet Jackson sleeve: “It was very vulgar. It said, ‘Frankie please put that big thing in my mouth’ or something, and then for the ‘i’ it was a little sketch of a penis.”

A full list of the record collection will be made available in the Arts Bank’s library, and anyone who wants to have a closer look will be able to complete a free orientation to learn how to handle the materials. 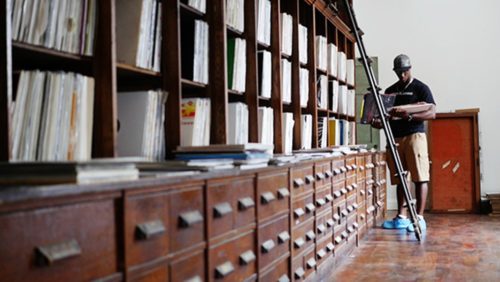 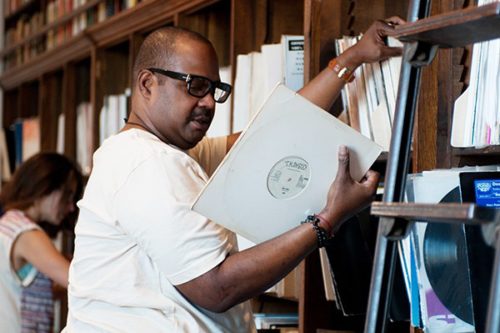 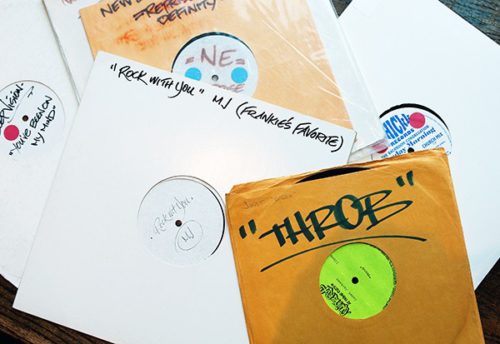