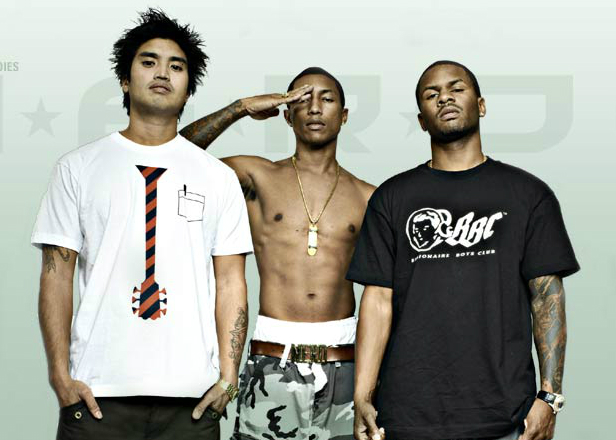 Late last year, N.E.R.D. members Pharrell Williams, Chad Hugo and Shay Haley reunited on stage at Odd Future’s Camp Flog Gnaw Carnival. A few weeks later, the genre-bending trio released their first new music since 2010’s Nothing. N.E.R.D.’s buoyant track ‘Squeeze Me’ was featured on the soundtrack to The Spongebob Movie: Sponge Out of Water and there have been whispers of a fifth full-length from the band ever since.

Pharrell added further fuel to the fire on Wednesday during a Twitter Q&A session for iHeartRadio. When quizzed about the possibility of another N.E.R.D. full-length, Pharrell responded in vague but not uncertain terms. “OF COURSE!” was his response, however no further information was provided. We’ll keep you posted on details of the new album as they arise.

Are you going to make another N.E.R.D. album ???? #iHeartPharrell