Featured Stories I By Scott Wilson and Tam GunnI 25.09.15 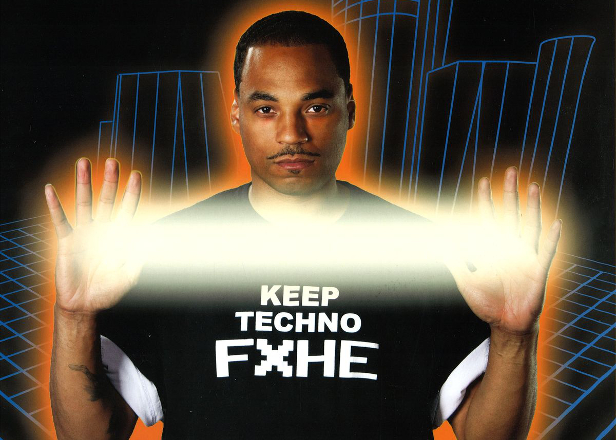 This week there’s a rare “pod past” from Detroit hero Omar-S, a mix to celebrate one year of New York’s Discwoman collective, a collection of raucous party bangers from Finn, hip-hop from Lefto and more. There’s even an outing for ‘Thong Song’ – or at least a remix of it.

Until this mix, we didn’t know if Detroit’s Omar-S knew what a pod past is… and given that this is a digitised cassette mix from 1993, we still don’t. Still, given that Omar-S’s productions feel lo-fi and smeared at the best of times, it’s just about the best format imaginable for listening to his archive work. It doesn’t disappoint.

Discwoman is a feminist techno collective based in New York, who’ve been throwing parties with exclusively female and female-identifying line-ups for a year. For their first anniversary (which took place last week), Juliana Huxtable blends M.I.A. with Evian Christ, Gangsta Boo with Kid Antoine and more – and it’s at moments like those, where vocals are paired with mountain-moving kicks and bass hits, that the mix really soars.

If you haven’t had the pleasure of seeing Finn lay down one of his raucous party sets at Boxed or Chowdown then this Solid Steel mix is the next best thing. As you’d expect there’s plenty of unreleased cuts from Murlo, Tarquin, Inkke, Strict Face and the rest of the world’s sprawling instrumental grime scene, but it’s the 80s R&B deep cuts, ghetto house and B-more that’ll have you grinning from ear to ear. Look out for the DJ Technics version of Sisqó’s ‘Thong Song’.

If you want a snapshot of where bass-heavy, syncopated UK techno is at right now, look no further than Alex Coulton’s EE mix. It covers everything from the Livity Sound camp through Bristol producers like Batu, Lurka and Rhythmic Theory to Mr G and 50 Weapons trio Fjaak, and plays out like a proper peak time techno set. As Coulton himself says: “Stick it on as a warm up for a night out, or when you’re cruising in the car.”

You’d be forgiven for not having heard of Lefto, but the Belgian hip-hop selector just racked up 20 years of DJing. He recently marked the occasion with a huge party at Brussels’ Ancienne Belgique venue, where he hosted live shows from Binkbeats, Clap! Clap! and STUFF, and shared the decks with Gilles Peterson. It’s the ideal introduction to the DJ, who recently shared the 10 tracks that defined his career with FACT.