Featured Stories I By Scott Wilson and Chal RavensI 02.10.15 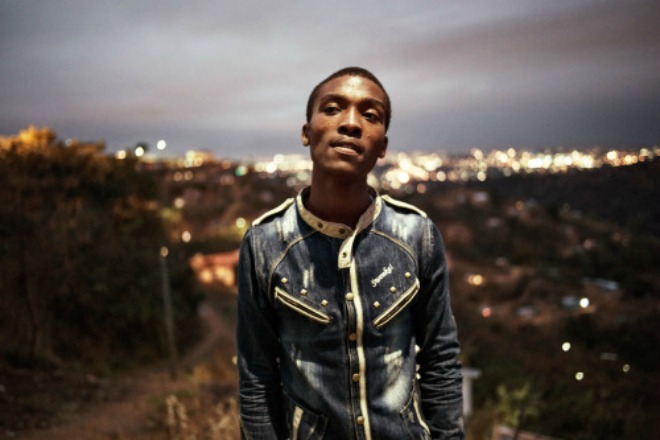 We go from Durban to Hamburg via Scotland this week, with a gqom mix from DJ Lag sitting next to experimental sounds from the Golden Pudel’s Nina and deep house from Caledonian producer Lord of the Isles. There’s also music from Highlife co-founder Esa, more goodness from Blowing Up The Workshop and the elusive Yamaneko.

Durban’s DJ Lag is one of the pioneers of gqom, the minimal and tuff variant of South Africa’s raucous brand of house that throws a bit of kwaito and hip-hop in the mix and turns the thwack levels up to 11. After winning fans in other continents like Kode9 and Goon Club Allstars, this year gqom has started to make inroads on its home turf too, says Lag: “Our sound has now reached radio stations, taxis, private cars and you regularly hear people playing it while walking down the street. Even more importantly, the clubs go crazy when we press play.” Listen up to find out why.

Helena Hauff gets so much attention, it’s easy for those who haven’t been to the Golden Pudel to get the impression she’s the only DJ worth visiting for. That couldn’t be further from the truth of course, and the latest Juno Plus mix highlights another of the club’s under-the-radar talents. Nina Trifft’s style is as freewheeling as you’d expect from someone to have put in the hours at Hamburg’s most famous basement, moving through delicate drone to leaden industrial clatter in a mix that’s perfect for those damp autumn nights.

If you like video game soundtracks and instrumental grime, then Yamaneko is one of the best artists operating inside that particular venn diagram. He uses his FADER mix as an opportunity to showcase SEGA-influenced music from himself as well as that of his Daybreak crew, which includes relative knowns like Rimplton, Boardgames James, and the Metal Gear Solid-referencing Shadow Moses.

Lord of the Isles
The Ransom Note mix

As he’s proved across records for Permanant Vacation, Unthank, Phonica and more, Lord of the Isles is arguably Scotland’s finest exponent of deep, heady house grooves. This mix for The Ransom Note is another beauty, combing his own dusty productions with music from Dynamo Dreesen, Royer, Maxine & Cleo and many more gems. One that hits the sweet spot between solid club mix and a headphone treat for the ears.

John Chantler
Blowing Up The Workshop 52

Esa Williams is one third of Glasgow label and club Highlife along with Andrew Thomson and Auntie Flo, and with their roots stretching from Glasgow to Goa to Williams’ native South Africa, they’ve been able to carve out a very special globe-trotting sound of their own over the past five years, joining the dots between African house, the funky percussion of Cóméme, music from Kenya, Cuba, Uganda and beyond – if you’re not familiar, this Dekmantel podcast is a perfect introduction to their borderless creativity (and RA’s recent in-depth profile fills in the rest).