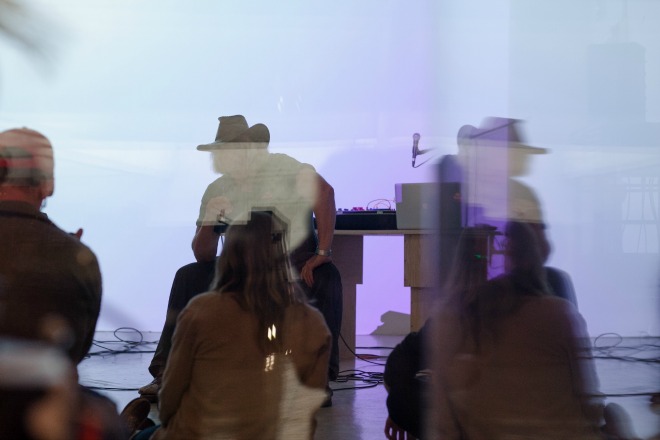 The Enlightening Beam of Bobby Brown is one of the label’s most unusual releases yet.

The Enlightening Beam of Bobby Brown features a recording of a conversation between Brown and RVNG founder Matt Werth recorded at a multi-dimensional residency last year at the Berkley Art Museum in California. It also features two recordings of interpretations of Brown’s music by Austin Cesear and Kaitlyn Aurelia Smith, and an art book with photos by Aubrey Trinnaman.

Not to be confused with the R&B singer and former husband of Whitney Houston, Brown released three private press albums of music operating in the spheres of psychedelia and folk between 1972 and 1982, and RVNG’s package comes after label founder Matt Werth struck up a friendship with Brown over email.

The package is out now and can be picked up from the RVNG store. Kaitlyn Aurelia Smith’s interpretation can be streamed below, and those in New York can catch a performance from Brown tonight (October 6) at at Commend (172 Forsyth).