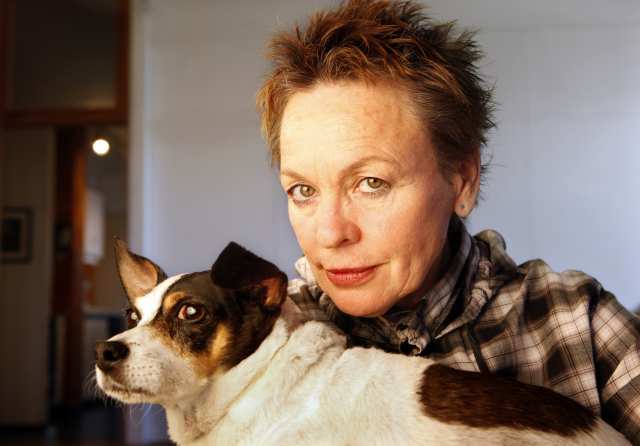 Artist and musician Laurie Anderson will release a soundtrack album for her new film, Heart Of A Dog.

Due out on Nonesuch Records on October 23, the album features the film’s original music composed by Anderson and a song by her late husband Lou Reed, ‘Turning This Head Around’.

Heart of a Dog was written and directed by Anderson and sees the artist reflecting on the deaths of Reed, her mother and her beloved dog, as well as tackling subjects like surveillance, and Buddhist teachings, using her own compositions, animation and 8mm film from her family archive.

The documentary played at several film festivals this year and will be released in cinemas on October 21. Check out the trailer below for a taste of its impressionistic, meditative style. You might need a tissue. [via Film Music Reporter]