UPDATE: Rabih Beaini of Morphine Records (the label that released Cohen’s new album) has released a statement expressing his shock from the news.

Below you can find a screencap of his statement that was sent to us via Twitter. Cohen was scheduled to perform with Beaini at Unsound Festival next week. 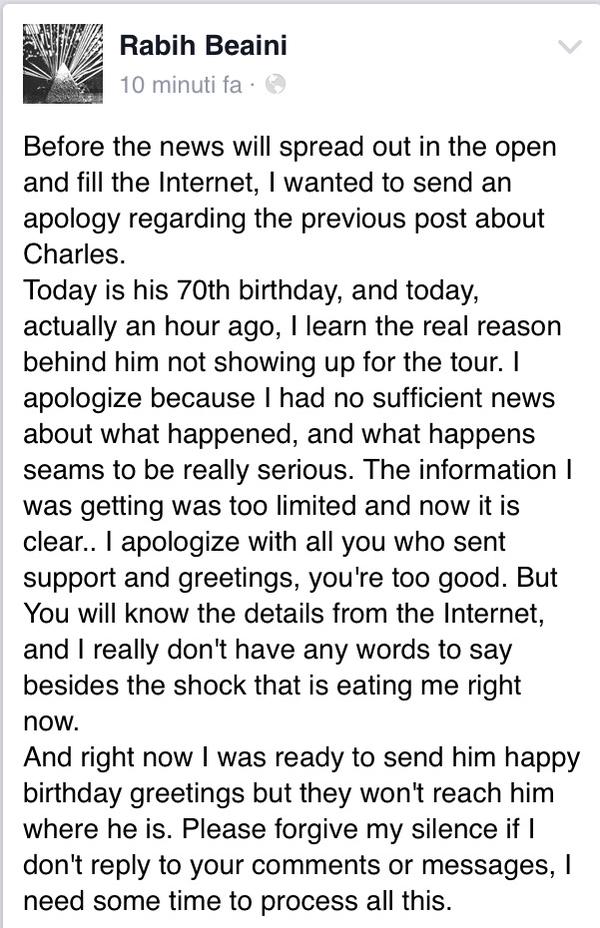 Synthesizer pioneer Charles Cohen appeared in headlines earlier this year when he announced his first album since 1988, now he’s appeared again for more disturbing reasons. Cohen was arrested in his home city of Philadelphia on September 28 and charged with criminal attempt of involuntary deviant sexual intercourse with a child under the age of 16, unlawful contact with a minor and criminal use of a communication facility, as Philly Mag points out.

Cohen was part of a sting operation that began when he posted an ad on Craigslist and agreed to meet with a police detective posing as a 14-year-old boy. After scheduling an agreed time to meet for sex, Cohen was arrested. His preliminary hearing will be held October 13. Cohen is considered a pioneer of the rare and unique Buchla Music Easel synthesizer.