“Kicking against the pricks”: Prins Thomas talks vinyl, Paradise Goulash and the art of the DJ

Few artists at the vanguard of electronic music have the kind of dedication and singular vision of Thomas Moen Hermansen.

The DJ, producer and label owner better known as Prins Thomas has occupied a regal role in the Norwegian house and disco scene thanks to his influential productions and the Full Pupp label, which for over 10 years has been emitting highly original, synth-saturated 4/4 beats and astral rhythms.

As a DJ he’s especially celebrated for his mammoth five-hour stints at London’s Plastic People and diverse mix compilations Cosmo Galactic Prism and Live At Robert Johnson. They’re ample proof that there’s a lot more to him than the hackneyed “cosmic disco” tag might suggest. His new mix, Paradise Goulash, is panoramic in scope over its three discs, with everyone from Sun Araw to Actress, Kurt Vile to Pev & Kowton getting a look in; it certainly contains the twinkling vistas you might expect, but there are plenty of surprises too. FACT got in touch with the noted record hoarder to find out about his vinyl obsession, the frustrations and blessings of being pigeonholed, and the appeal of rave revivalism.

Like your Cosmo Galactic Prism and Live At Robert Johnson mixes, Paradise Goulash is very eclectic. Is it a challenge putting these long mixes together?

The challenge is narrowing it down as much as I do. I feel there’s room for a lot of stuff and I’m never really happy with the end result. I feel like this is the short version of what it should be! But it’s some sort of compromise when you do these CDs, because it has to make sense for repeat listening. It has to have a certain kind of flow, at least in my opinion. In a way, I stepped into this one with the same idea as when I did Cosmo Galactic Prism. My idea of what is exciting music always changes a little bit. All in all I’m quite happy with it.

Do you buy much vinyl?

I’m always on the look out and I still buy way more vinyl than I should. I can’t really have more records at the moment! I’m taking another spare room in the house. It’s a constant challenge every time I’m packing my record bags to narrow it down. I also buy a lot of stuff that I never even get to play. Either the timing is never right or it could take years to fit that record in in a way that makes sense.

It’s interesting you say that – it makes me think of A Split-Second’s ‘Scandinavian Bellydance’, which is on the mix. They were a post-punk act, but musically it seems to chime perfectly with what’s going on now.

I think every good DJ in the 30-plus, 40-plus category has quite a few of these records, where it’s just about finding these slots where it fits in. You can go back and look at your own history, stuff you’ve gathered along the way, and all of a sudden you find a good spot for it. So in a way these CDs are a fun little round up. And it’s one of these overlooked A Split-Second tracks, it suddenly found its moment. For some reason it reminds me of the theme for The Sopranos [laughs].

The comp is called Paradise Goulash, obviously a tribute to the Paradise Garage in terms of the diverse selection. Do you think most DJs’ focus is too narrow?

I don’t really think of it as being eclectic, I think of it as showcasing the music I like. The way I learned to DJ and the way I learned to play in clubs was to play whatever was good, and at hand. The first gigs I did were in a youth club, in the mid to late 80s. You had to play that Madonna dub version, Paul Hardcastle album track mixed with the Thompson Twins and Mantronix ’cause there weren’t that many records around. At an early point when I heard DJs who played one thing, one style all night long I just thought, “That’s not what I want to do.” There are a lot of DJs very good at one thing, and sometimes that’s better than someone actively trying to be all over the place. Whatever works at the moment. One thing is doing a mix CD that hopefully can be enjoyed with repeat listens. Another is doing a set in a nightclub at 3am, a two-hour set, it’s a different beast.

Does it frustrate you to be tagged as a “cosmic disco” artist after all this time?

Finally I’m at the point where I don’t give a shit. It’s fine, whatever. I do believe journalists and the people who buy the music need something to call it, to file it away in their mental library. I would even say I’m happy. Cosmic disco, it could be a lot worse. Cosmic disco sounds a little bit cool even, except when you hear 95% of what’s currently called cosmic disco [laughs].

But often the music you favour has a psychedelic side. Is that the role of good music, to transport you out of your situation, if only for a little while?

A lot of the music I like has those qualities but for me it’s about finding a balance, whether it’s about making a DJ mix or playing in a nightclub. Or if we’re talking about the music I’m making, I like to have elements in there that pull it in different directions. If you have a very abstract, floating thing going on, it’s nice to break it up with something un-cosmic, un-psychedelic, thereby getting this balance. That’s often what I’m actually looking for. This balance between new and old, dark and light. Whether it’s perceived by others as very psychedelic, that’s their version of it.

Does the environment have a part to play in your sound?

I guess it does but it probably influences me more personally. You don’t really bump into strangers in Norway ’cause there’s room for everybody. In the morning if you commute on a train into town, it’s like any other capital city, but there’s more room. The standard of living is very high, so these things shape us as people; it might affect the way the music comes out. I think also that a lot of these Norwegian tracks are instrumental. You’re filling all these blank spaces with music, small melodies, you build your tracks in a different way to if you were making a UK garage track. There’s room for more noodling as well [laughs]. 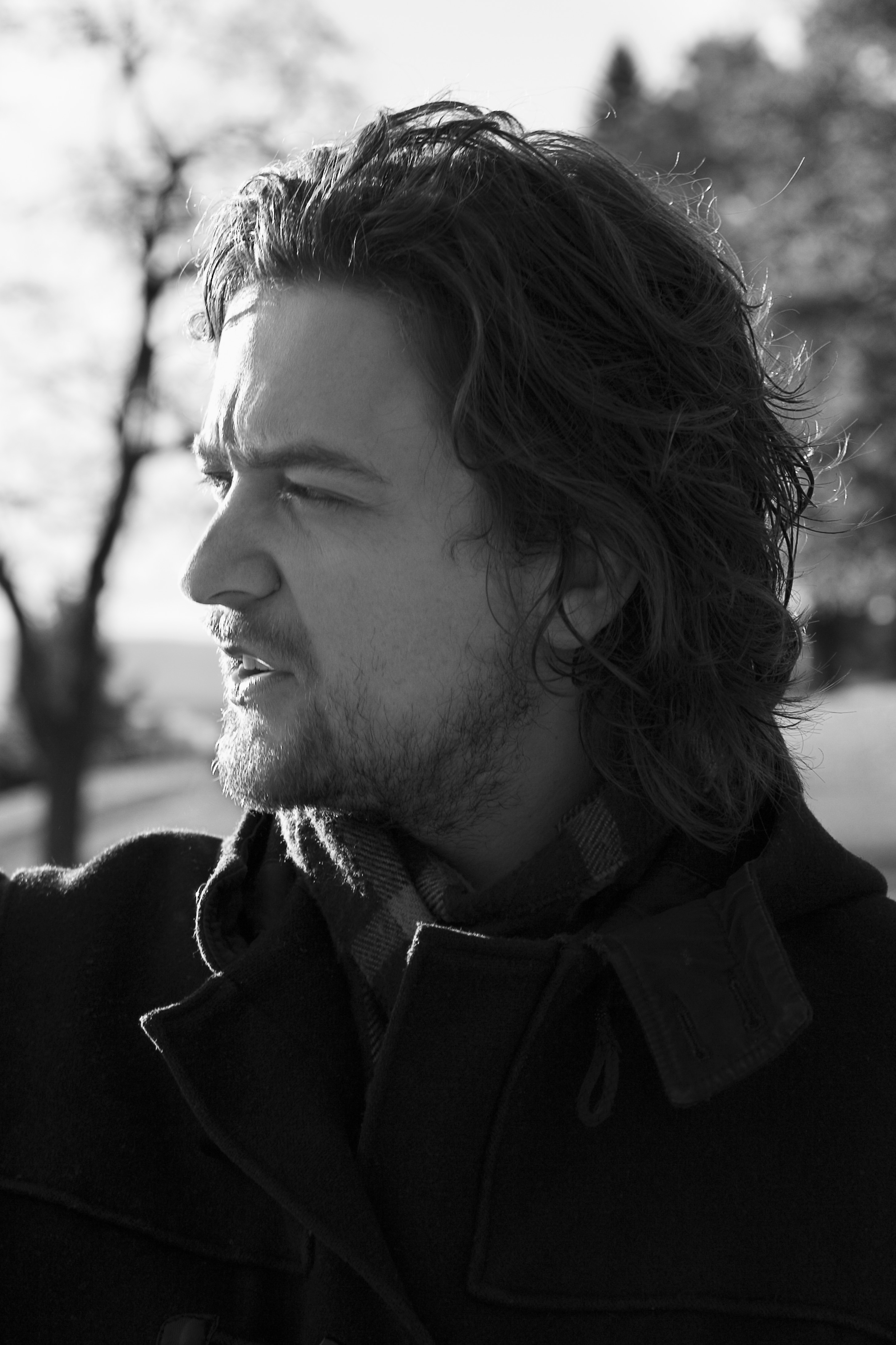 You’ve released a lot of great singles by Norwegian artists via your Full Pupp label. Do you enjoy finding new artists and promoting them?

I do. I do the label because of one thing, and that’s ’cause I love opening the boxes when they come from the pressing plant. “Yes! Another one!” Running a label covers one of my needs in a way, getting music out there, fighting against… kicking against the pricks. There’s tons of great stuff out there and certainly loads of rubbish, and I think in the end you just have to put out the stuff you believe in. It’s all about the big picture, what the whole catalogue in the end ends up being perceived as. Whether it’s new talent or the same people, that means less to me. I used to almost worry that I was never contacted by the up-and-coming talent, the 20-year-olds. They’re finding a quicker way, maybe even a better way to put their music out, but to me the physical product, the record is what’s most important to me. I really enjoy having fresh blood come in, new unheard talent, or somebody who at 40 made their debut track.

Who are some of the best new producers to check from Norway?

There’s Øyvind Morken, he’s one of my favourite DJs. He’s one of these strong local residents. He has a weekly residency and he’s usually playing every week somewhere in Oslo. He plays a wide range of music so he’s able to play for people just chilling or bang it out in the middle of the night. Production-wise he’s got his own little thing going which doesn’t remind me much of what’s already been done here. And Chmmr, his real name is Even Brenden. He’s done a couple of releases before which went under the radar for most people. So far we’ve done a 12” on Full Pupp, there’s one coming up soon, and he’s also working on his debut album. He’s doing his own kind of thing, you don’t have to worry about filing it next to Lindstrøm, Todd Terje or me.

You’ve put out stuff by DJ Sotofett, who’s one of the acts associated with the new breakbeat and hardcore stuff that people like Luca Lozano or Special Request are doing. What do you make of that kind of revivalism?

Yeah, I love it. I don’t love all of it. But what Sotofett and his brother Fett Burger are doing, they’ve found this unique little niche for themselves. There’s a great diversity in their catalogue, and it’s not about the fidelity of things, they just made their own little package. They’re quite reluctant to work with anybody else ’cause what they do on their own labels works really well, they’re their own bosses, but I was very happy to get them to work on this double remix release we did. We’re talking about doing something more but let’s see.

You’ve put a few of dance music’s rule-breakers on the compilation, like Actress, Pev & Kowton and Hieroglyphic Being for starters. What appeals about artists like these?

Hieroglyphic Being, I like all of his stuff, even the most noisy stuff, I love it. I buy it blindly. But not necessarily as a DJ. Believe it or not, to listen to at home. Once in a while you find something that fits. I just try to look for a wide range of music and pick the bits that I like. I don’t know what it is I like about these specific artists, but I try to treat every record I see in front of me as a potential gold mine. As a tool you need for something. I’ve been playing a wide range of music for many years, and the last few there’s been such an influx in the whole disco kind of thing, at one point none of these so-called disco records felt to me like what we first started doing. It feels like the new minimal, just a sound somebody decided to take on, that template. I’m always looking for something that sounds fresh to me.

What do you have coming up?

Tons of it! There’s Full Pupp number 50 coming up shortly, which for once is a double 12”. It’s part new stuff, part remixes from other people and some unreleased 12” versions from my previous album. Then there is a new quadruple album coming out on Smalltown Supersound.

That’s very prog, it could fold out like a Yes album.