African samples, rhythms and traditional percussion instruments – such as the djembe and the balafon – are continuously being drafted into new studio-built variants.

From the Ivory Coast’s coupe decalé and South Africa’s shangaan electro and kwaito-house, to Angola’s kuduro, Ghanian hiplife and the Durban-originated gqom, these electronic reboots have been brought to a global audience, largely thanks to the internet’s capacity for border-busting, as well as labels like Honest Jon’s and taste-makers like Kode9 and JD Twitch.

In 2009, Christopher Kirkley took a trip to West Africa that turned into a two-year staycation. Initially drawn to the landlocked Republic of Mali on account of its ‘desert blues’ canon – musical offerings from the Tuareg of the northern Sahara – he set to work ‘exploring the cultural and musical phenomena of the Sahel region of West Africa’ via his blog Sahel Sounds, and on his return to Portland, transitioned this into a label. “That Tuareg sound just translated really easily to my ears,” Kirkley tells me from his base in Portland. But this fascination with the white-hot six-string wig outs of Tinariwen and world-renowned kora player Toumani Diabaté quickly became the jumping-off point for a multi-pronged trajectory of musical discovery. “I started to realise there was a wealth of stuff out there and that there was so much happening that wasn’t making it out of West Africa,” he says, having since put out a myriad of releases including Music from Saharan Cellphones – which literally does what it says on the tin, to beatific effect – and La Musique de Electronique Niger – a vital document to the sublime organ drone of Niger’s electronic pioneer Mammane Sani Abdullaye.

“Walking around the city, I would hear this incredible dance music blaring out of massive speakers.”Christopher Kirkley

Armed with a digital recorder, Kirkley travelled around the Malian capital of Bamako, a sprawling urban centre situated on the banks of the Niger River, with a population of nearly two million. It’s the country’s fastest growing city and one which for ethnomusicologist Ryan Skinner – writing in his 2015 book Bamako Sounds – is a working vision of Afropolitism, a concept he defines as “an egalitarian and creative practice of freeing oneself to present tradition in new ways.” Bamako’s fertile music scene has been carved from urban culture, musical expression, postcolonialism and religious identity, and it’s in the city that Kirkley came across the genre (for want of a better term) of Balani Show – an intense form of electronic dance music which peaks at around 170BPM. It bridges the gap between the traditional and the modern, being based around the balafon, a large xylophone made from a bamboo frame with wooden – usually rosewood – keys which originated in Mali in the 14th century.

“During the early onset of the Balani Show, the balafon would be played through speakers, but this got replaced by DJs who could do that but it was more economical,” explains Kirkley. “The most interesting thing however, and the hardest thing to put into words, is the music that it has created. Because these parties became a phenomenon they had to start adding something to the music to make it louder and more unique, so that’s why you have this remix culture and a genre that’s not really recognised as a genre in Mali – it’s just ‘remix’ music or ‘ambient’ music or music for the Balani Show.”

Since the late 90s, Balani Show has been soundtracking block parties and street-based celebrations all over Bamako. “Walking around the city on any weekend or Friday night, I would hear this incredible dance music blaring out of massive speakers,” recalls Kirkley of his initial discovery. “I think listening is a big part of looking for music but just walking around sometimes can be a really great way of doing things. So I was walking around and would find these street parties happening with lots of little kids out there. They’re family orientated because they’re typically drawn by neighbourhoods so if someone was having a birthday party they would organise a Balani Show for it. There were older kids there too – maybe those late teens who wanted to go nightclubs – but part of the reason these parties exist is a way of keeping your eye on the kids, especially if the parents are more conservative. Basically if you’re partying in front of the house it’s like, ‘We can watch you so it’s fine!’” 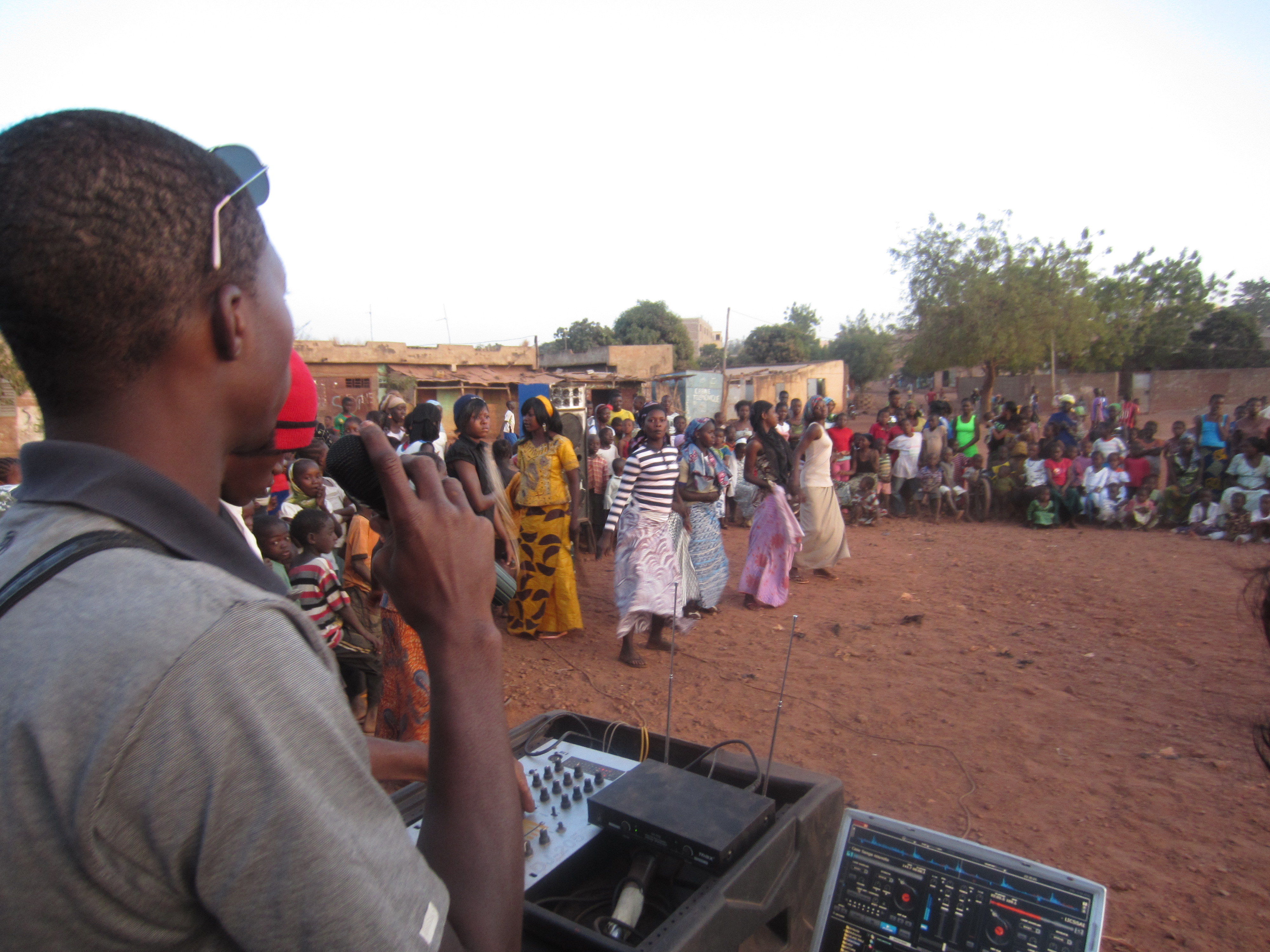 In March this year, Kirkley released a compilation called Balani Show Super Hits: Electronic Street Parties from Mali. “I went and looked not only for the stuff that the DJs were playing but also artists who were locally based – at the parties there is a lot of stuff from the Ivory Coast and Nigerian pop music which is included, but I wanted to look at the artists who were actually Malian artists and who were doing some of the most innovative stuff with that sound – really exemplifying this modern Bamako sound,” he says of the record’s genesis.

Featured on the 10-track vinyl and digital release are some of the brightest names from a decade of Balani Shows. DJ Bamanan serves up his tunes with an Afro-Cuban twist. ‘Goni Bala’ is all squelchy synths and Auto-Tuned French vocals, with a piano melody that leapfrogs up and down the scale like a Cuban son rhythm. Bamanan’s second offering to the compilation, ‘Gnoukobala’, perhaps best exemplifies Skinner’s idea of Afropolitism, as digitally looped balafon is interwoven with male and female vocals, the latter singing beautifully in the Bambara language, while the Auto-Tuned segments still tip their hat to the notion of technological advancement.

Then there’s DJ Sandji, whose ‘Bacoungana’ weaves frenzied polyrhythms – built from both wooden percussion and drum machines – through the clamorous din of party-chatter, building up tension before dropping rapid-fire house beats and vocoder shout-outs. Sandji began making music in 1993 and, speaking to me in French over a Skype call, is quick to extol the praises of his hometown of Bamako. “It’s all going off there at the moment,” he says elatedly. “Now I go to a Balani Show and it feels like a big event, bigger than ever before. It’s a movement that we’re part of and everyone’s talking about it, everyone wants to be a part of it.”

“It’s a movement that we’re part of and everyone’s talking about it, everyone wants to be a part of it.”DJ Sandji

The compilation also features MC Waraba. “We’re the new generation – we’ve organised the movement ourselves, bringing in our own instruments,” he gushes, also in French over Skype. “Traditionally, everything has been acoustic but now there’s a DJ so we are bringing a modern sound to the proceedings. If there’s a concert in Bamako, all the young people want to see rappers, so we’ve added rap over the traditional instruments.” Waraba says he has received praise from the likes of popular Malian musician Abdoulaye Diabate. “He’s my idol so that meant a lot,” he exclaims.

DJ Sandji explains that older generations of Bamakois musicians didn’t take too kindly at first to Balafon’s digital makeover. “They just didn’t see any value in it and it was hard to get them to come round to our way of thinking – because we are using new technology – but eventually they have seen how much people in the city enjoy it. Relations have improved and Balani has a good name now.”

But it’s not just the backlash from traditional musicians that Balani Show artists have had to contend with. Running parallel to its popularity is the conflict in northern Mali with Islamic jihadists, who imposed a ban on music across two-thirds of the country in 2012. Ninety per cent of Malians are Muslim and although practice of Islam has been traditionally moderate and tolerant, and the situation in Bamako and the rest of southern Mali has been relatively stable, on March 7 this year there was an armed attack on La Terrasse, a nightclub in the Hippodrome area of Bamako, in which a French citizen, a Belgian citizen, and three Malian citizens were killed. 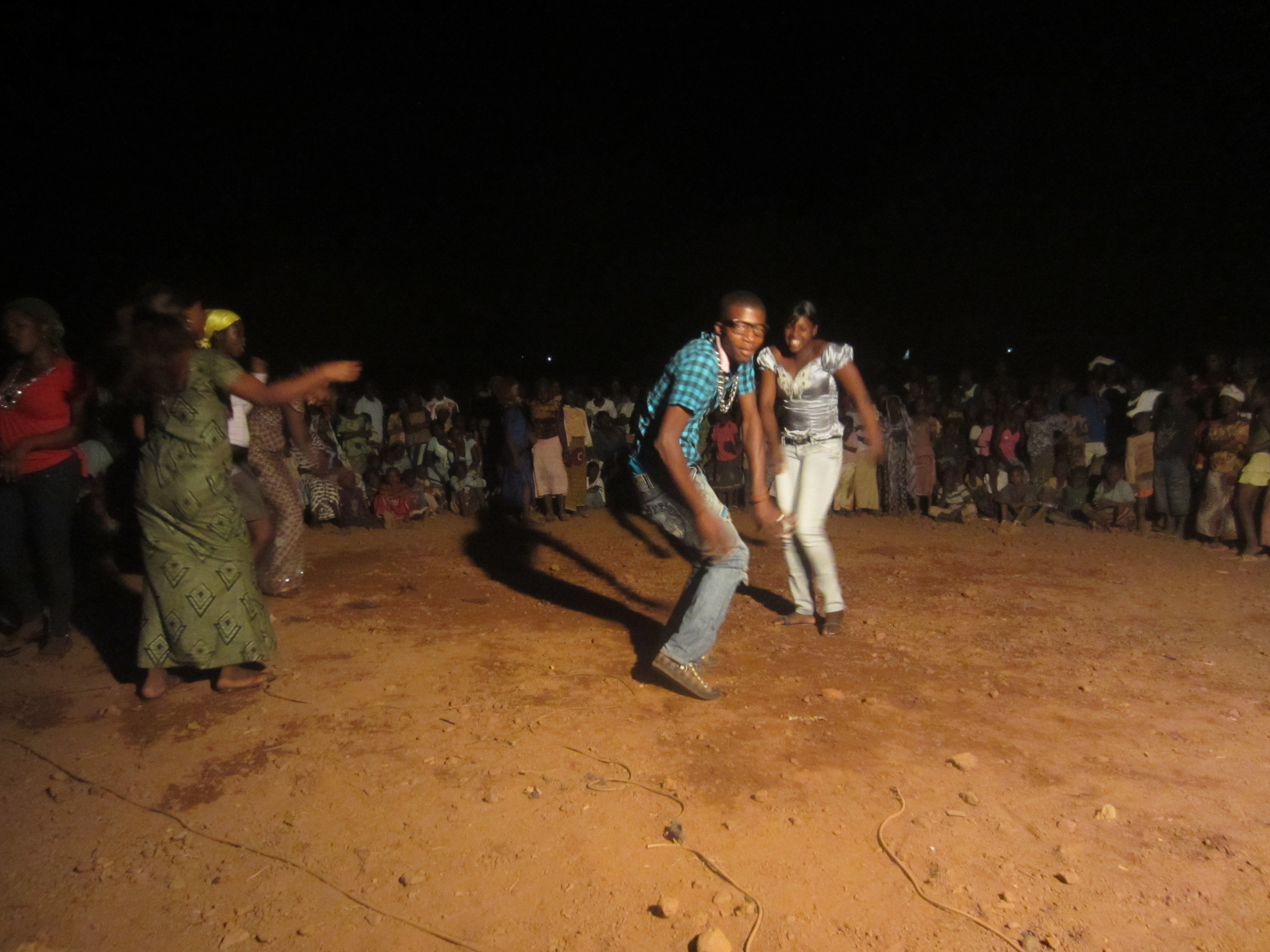 “In the more conservative areas, where there are stricter imams, there has been a crackdown on the parties,” explains Kirkley. “I think the Senegalese element – which surfaced about five years ago – kicked up a big moral panic because the dancing is pretty racy. If there is mosque nearby and one of the powerful figures doesn’t want it they will just ban it, and obviously the Islamist problem in the north of Mali, which has grown in strength over the past few years, has probably made people more apprehensive.”

Kirkley agrees that there’s no time like the present to organise a Balani Show tour: “I think it would interesting to have a DJ and dance troupe on tour because at the heart of the Balani Show is the DJ. A lot of the kids are making stuff in the studio but they don’t really perform live or if they do, they’ll throw the tape on and maybe rap or sing to it.” MC Warabi tells me of his desire to play outside of his home country: “I want to bring Malian music to the whole world – we want to go to Europe, play some festivals. I will keep on working and I won’t stop.”