Ableton adds sampling power to its flagship controller and announces a new technology for collaborative music-making.

Ableton has launched a new version of the Push controller alongside version 9.5 of Live and announced Link, a technology that allows for a seamless connection between Live and compatible iOS apps over a wireless network.

Aside from an improved multi-colour display for more accurate feedback on waveforms, effects and mixer levels, the key addition to the new Push is the ability to chop, tweak and play samples recorded with Live. The pads have also been redesigned to allow for better expression, and the new controller also lets you load VST instruments and Audio Units. Unlike the original Push, which was made with the help of Akai, the new model has been designed and manufactured in-house. 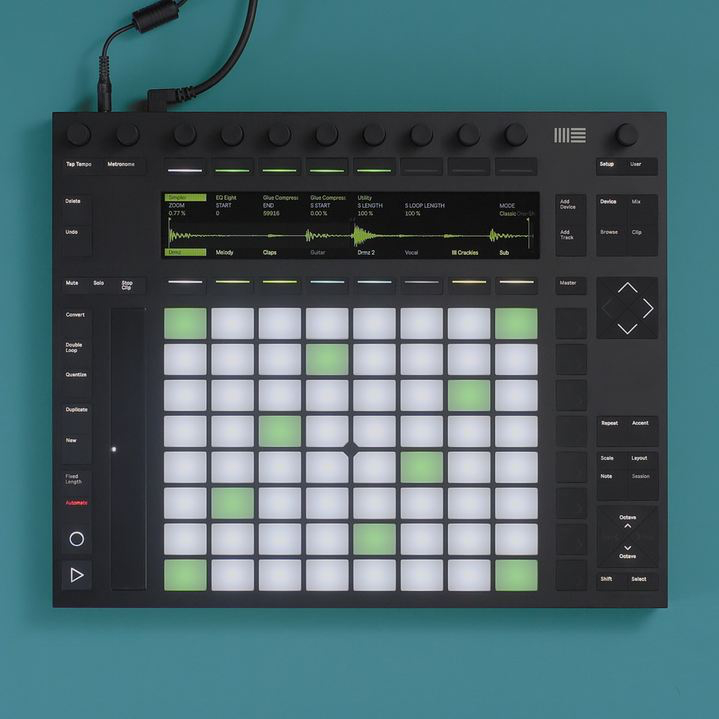 Launched alongside the new Push is Live 9.5, which features an overhauled version of the software’s Simpler sampler device. It includes an array of analog-modelled filters embedded throughout the software’s built-in instruments, as well as improved waveforms and volume meters. Max For Live users can take advantage of a set of simple, streamlined synths based on classic instruments called Bass, Poli and Multi. 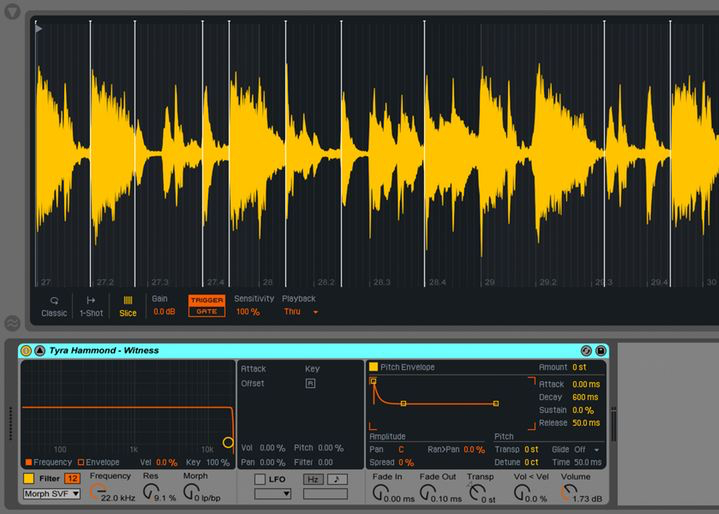 Ableton has also revealed a new technology called Link. It allows multiple instances of Live to connect with each other over a wireless network, meaning several Live users can get together in a room and jam as easily as a live band. The technology isn’t limited just to Live users – Ableton has worked together with a few iOS developers to allow mobile apps to play seamlessly using the technology, and is hoping other companies will adopt the technology for their own products. 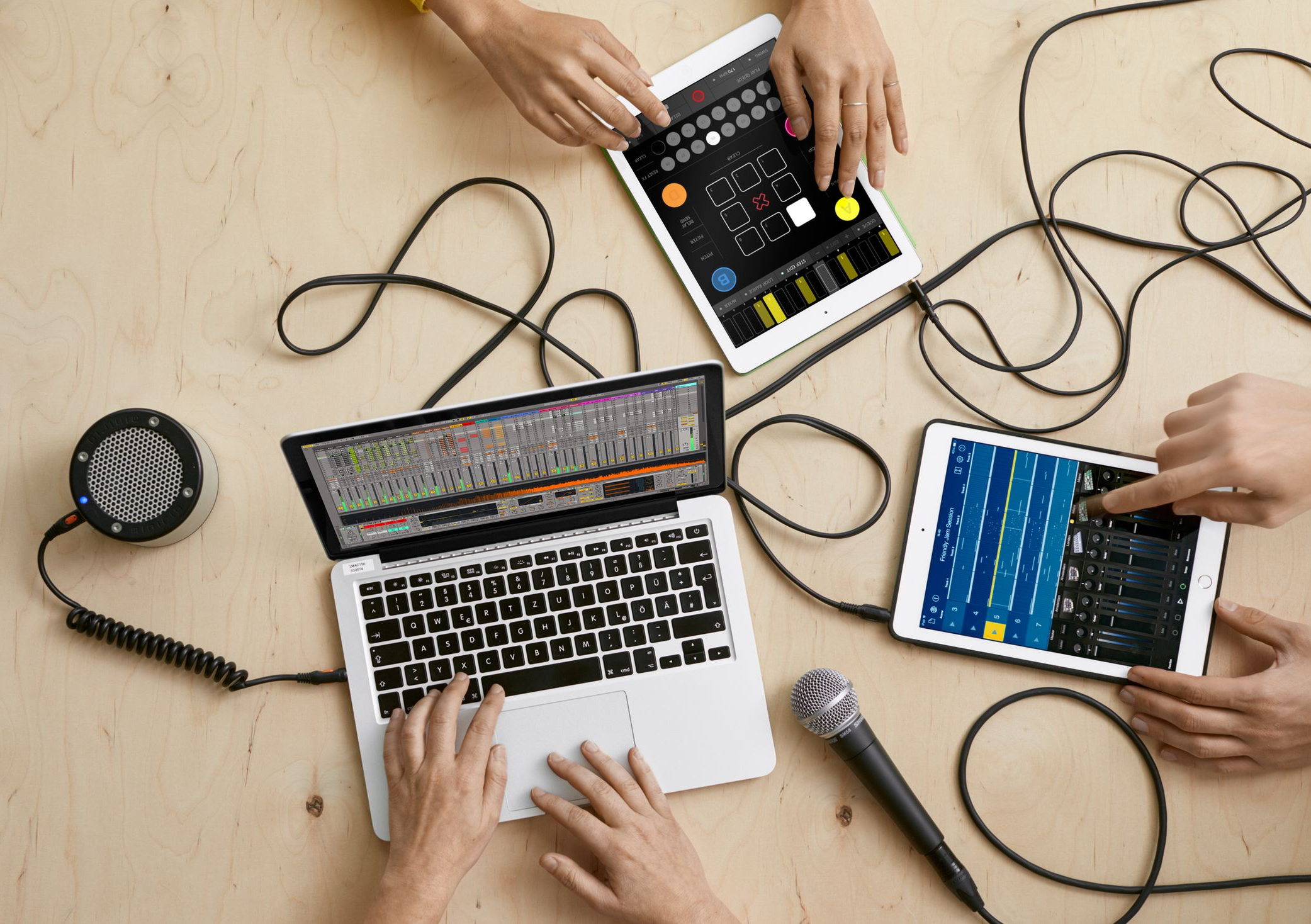 Both the new Push and Live 9.5 are available now. Live 9.5 is available as a free update for Live 9 owners, while the new Push is available from the Ableton store for €699. Existing Push owners can take advantage of a Push trade-in programme also announced by Ableton – those with an original Push can send their old units to Ableton for a 30% discount on a new model, with the used controllers being refurbished and given to music education projects for young people around the world together with copies of Live free of charge by the company.

The announcements were made during the closing keynote of Ableton’s three-day Loop event in Berlin on November 1. Billed as a “summit for music makers”, the event included talks and workshops featuring Holly Herndon, Matthew Herbert, James Holden, King Britt and other musicians alongside instrument designers, developers and coders.

FACT was in attendance throughout the weekend, and we’ll have more detailed analysis of Ableton’s new products together with interviews from the people involved later this week. In the meantime you can find out more about the new Push and Link in the videos below.