Wiley has got his own paving stone outside Bow School

The MOBO Awards brought in a new prize this year: a paving stone.

Reflecting the huge wave of grime nominations in this year’s awards, the first MOBO Paving The Way prize was given, appropriately, to scene figurehead Wiley.

He’s decided to lay the stone at Bow School in Tower Hamlets, which both he and his dad attended – have a closer look below. It’s not really as splashy as the statue of Wiley we’ve long wished for, but it’s a start.

After that, dig into 24 classic Slimzee sets featuring Wiley alongside Dizzee Rascal, Riko and more. 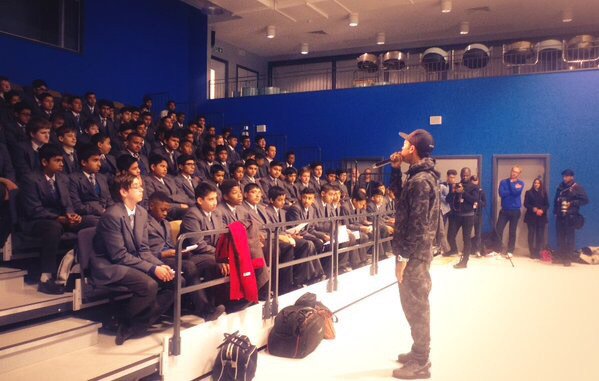