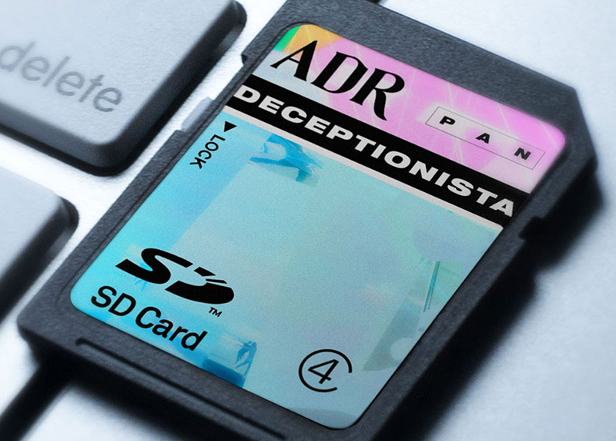 Deceptionista is released on digital and limited SD Card.

PAN will round out its year with the release of a multimedia album by New York artist and Gatekeeper member Aaron David Ross (ADR), which launches a new interactive online platform on the label’s website called Deli Near.

Deceptionista is described by PAN as “a conceptual album that acts as an immersive virtual ecosystem.” It uses an online tool to feed out real-time uploads from video sharing site Vine, offering “fleeting, intimate and wildly open-sourced insight into our global network,” and will be released on digital formats and limited edition SD Card as well as through a series of live performances.

“Deceptionista combines the relentless unknowability of the real-time internet with ADR’s distinct compositional approach, seeking to accelerate detailed, high-definition visions of public intimacies into a form of 21st century psychedelia; which embraces the cognitive derangement of the senses that defines the habits of today’s internet browsing constituency,” PAN explains.

“The project’s visual representation takes the form of a playable video game-like environment where users can explore various geometries and particle systems, all skinned entirely in video texture maps sourced from Vpeeker.

“The dynamic color palettes and ephemeral energy that emerges from the onslaught of these randomly selected clips creates strings of incongruous alternations; where real conflates with virtual, irony conflates with true belief, and human emotion and spirituality conflate with the limitations of broadband upload speeds. Deceptionista seeks to dramatize these dichotomies by traversing the deep chasms between them.”

Deceptionista arrives together with a PAN site-specific version of Deli Near, a platform devised by Berlin-based artist and programmer Harm van den Dorpel. Deli Near is described by the label as a piece of software based on a social network, and is constructed from “transient and inter-connected content” across different mediums – PAN’s version will allow the work of its artists to be presented in a context that allows for “experimentation and growth over time.”

Deceptionista receives its premiere in at 3HD Festival in Berlin on December 4, and is released on digital and SD Card formats on December 11 along with the wesbite.