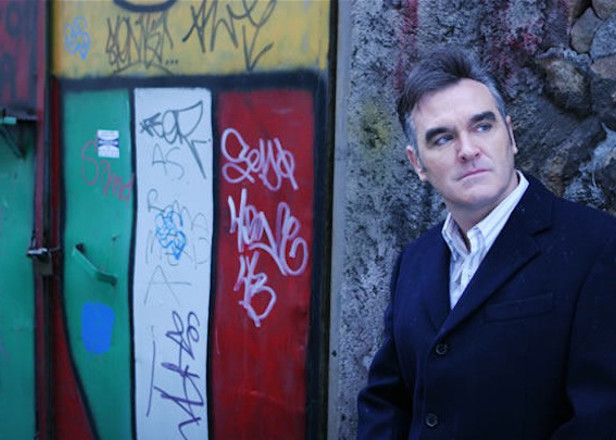 This is not Morrissey’s day.

Morrissey has already received some flak today for his comments that TSA security are worse than ISIS and now he’s been won the Bad Sex In Fiction award, an honor given out since 1993 for “poorly written, perfunctory or redundant passages of sexual description in modern fiction”. He was nominated for the award last month.

“Eliza and Ezra rolled together into the one giggling snowball of full-figured copulation, screaming and shouting as they playfully bit and pulled at each other in a dangerous and clamorous rollercoaster coil of sexually violent rotation with Eliza’s breasts barrel-rolled across Ezra’s howling mouth and the pained frenzy of his bulbous salutation extenuating his excitement as it smacked its way into every muscle of Eliza’s body except for the otherwise central zone.”