Next year will mark the 10th anniversary of J Dilla’s already legendary album Donuts. To celebrate the occasion Stones Throw have revealed a new sweater inspired by Jeff Jank’s original artwork. It won’t be out until February (to coincide with the anniversary) but you can start pre-ordering now. 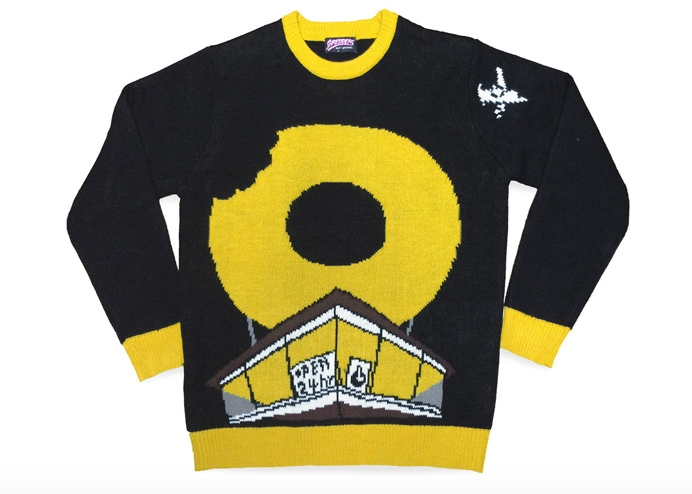