It’s fair to say 2015 was a rocky year for house and techno.

More than anything, it will be remembered as the year when ill-advised behaviour on social media was the catalyst for both the destruction of careers and much-needed debates on bigotry and equality in the community. These events will almost certainly spill into 2016 and beyond, but there was no denying the quality of music released this year.

While our big top 50 tracks list includes FACT’s collective favourites of the year, this list draws a map of some of my personal favourites together with the best bangers, album cuts, under-the-radar tracks and one very notable reissue.

Aïsha Devi’s Of Matter and Spirit album on Houndstooth was the year’s most distinctive techno album, steeped in colossal trance synths, ritualistic vocals and scorched drums which approach the dancefloor in a meditative way. The granite kick of ‘Kim & The Wheel Of Life’ could be taken from any industrial techno record of the past few years, but its cascading arpeggio makes it feel like you’re stood under a neon waterfall.

The L.I.E.S. white label releases are often where the label’s real heat can be found, and this year’s gem came courtesy of Antenes. The Brooklyn producer makes her own modular synthesizers out of old telephone switchboard gear, and you can almost imagine the pulsing kicks of ‘Fire Rises’ having been created by 60-year-old vacuum tubes. It’s not much more than a drum track, but it kicks harder than anything else on the label this year.

If there’s a word that encapsulates Aurora Halal’s music, it’s psychedelic. Not psychedelic in a full-on Yellow Submarine acid trip way, but psychedelic in a way that’s largely imagined; the flashes that creep into your vision when you’re hit by bright lights walking alone down dark streets. On ‘Shapeshifter’, the Brooklyn producer’s style is more vivid than ever, living up to its name as it slinks its way in and out of your peripheral vision.

Bjarki’s ‘I Wanna Go Bang’ is this year’s nihilistic techno nightmare, the soundtrack inside the amphetamine-riddled head of everyone who’s ever found themselves at a grim afterparty at 10am. When you tell your parents you go to “clubs” to see “techno music”, this is almost certainly what they imagine you listen to, which is exactly what makes it the year’s most vital banger: it laughs in the face of polite minimal and shows just how po-faced the industrial stuff is. Nothing feels so wrong, yet quite so right.

DJ Bone might be one of Detroit’s lesser-known techno figures, but he’s arguably making better music than a lot of the city’s other elder statesmen. While he’s been around for over 15 years, 2015 felt like a watershed moment for the producer, and the two records he put out on Don’t Be Afraid under his Differ-ent alias were absolute classics. The best was ‘Differ-ent (Hrall)’, a hypnotic piece of loop techno that shows functionality and soul aren’t always mutually exclusive.

Fatima Yamaha
‘What’s A Girl To Do’
(Dekmantel)

Fatima Yamaha’s ‘What’s A Girl To Do’ is 11 years old, but it was the club anthem of 2015. An end of set staple for Jackmaster and many Numbers affiliates for years, the only thing surprising about its roaring success after a timely Dekmantel reissue is that it took quite so long to achieve. The appeal of ‘What’s A Girl To Do’ doesn’t just lie in its timeless melody, but the way it makes time feel like it’s coming to a standstill. When it reaches its mid-point and gasps back into life like a music box being wound up, it’s hard to imagine there’s ever been an anthem as good.

There’s something about the laidback breakbeat and tropical melody of Vancouver artist Florist’s ‘Marine Drive’ that brings Jamie xx’s ‘All Under One Roof Raving’ to mind. But where Jamie xx’s track is a dead-eyed approximation of dance culture, Florist’s magpie approach feels like it’s been soaked up through rainy nights spent travelling between after-parties rather than cribbed from YouTube. Borrowed nostalgia’s not the easiest thing to convey, but Florist gets the balance just right.

As far as albums of pure deep house in 2015 go, there were few quite as gorgeous as Grant’s debut long-player The Acrobat. There’s more than a touch of Kassem Mosse’s weighty grooves and Galcher Lustwerk’s lo-fi charm about the anonymous producer’s music, but with an underlying sense of heartbreak that’s even more palpable. ‘Doris Day’ is the highlight, a 3am roller with one of the year’s most haunting vocals.

“I never think of ‘killing’ or ‘smashing’ or ‘destroying’ it when I play music,” Hunee tweeted earlier this year, “I am searching for another relationship with the dancefloor.” Hunee’s debut album was a long time coming, but came full of delicate, emotive tracks that mirror this sentiment precisely. The best is ‘Rare Happiness’: proof that Hunee can take this approach and craft soaring anthems.

Nobody does breezy, carefree house music like Mood Hut, and though it arrived on Future Times, Jack J’s ‘Thirstin’’ was the Vancouver crew’s biggest hit in 2015. More so than 2014’s ‘Something (On My Mind)’, it’s proper anthem material, and further proof that the Canadian city is one of house music’s creative hotbeds. Dismiss it as yacht rock at your peril: ‘Thirstin’’ is a parallel universe pop classic.

Nobody would envy the position Julio Bashmore found himself in a few years back, when he was the creator of both the most irritating earworm in dance music history and a tossed off SoundCloud loosie that could have ended his career. I expected to hate his debut album Knockin’ Boots, but it’s one of the year’s most feel-good dance LPs, and proof that pop-house doesn’t have to mean the focus-grouped product Disclosure curled out in lieu of a second album. The highlight is ‘Holding On’, a chunky piece of lovelorn disco-house that has thankfully replaced ‘Au Seve’ in my brain’s Bashmore section.

Anyone who’s seen Karen Gwyer play live in the past year will know that she’s capable of delivering some intense live sets. Gwyer’s 12” for Greek label Nous is her most successful attempt at capturing their blend of wayward, psychedelic melody and frenetic rhythm, and acid daydream ‘Brunch Music’ is the highlight. Tough yet malleable, it’s the most enjoyable piece of straight-up techno she’s made to date.

The gradual transformation of Laurel Halo’s sound from vocal-led synth compositions into abstract techno reached an apex on In Situ, her stellar EP for Honest Jon’s. Even foggier and more obtuse than her Hyperdub releases, the eight tracks sound like an impressionistic fusion of Autechre and Basic Channel, and the criss-crossing percussion of ‘Situation’ marks the highlight. Nothing released in 2015 married the abstract with the funky quite as ingeniously as this.

Leif Knowles has the same ability as Floating Points to make you feel like your entire body has become a cloud of vapour. On ‘Taraxacum 1’, the title track from his stunning debut album, Knowles deploys weightless Rhodes notes with virtuosic precision while evoking the same weird and dusky mood as Joey Anderson’s productions. If anything, this track proves Knowles is capable of taking bliss-out levels to even greater extremes.

I’ve struggled with my own feelings on Berceuse Heroique this year, because while the behaviour of the label’s owner was hard to stomach, the music it released was exceptional. Liverpool producer Mark Forshaw’s ‘The Fuck’ was one example: a mid-90s Belgian rave throwback which starts with its head inside a jet engine and accelerates to lightspeed across its nine-minute duration. If this year is Berceuse Heroique’s last, then records like these show why the artists the label has championed shouldn’t get dragged down in its wake.

Diagonal’s output in 2015 was characterised by more tracks that felt specifically tooled for the club than ever before. Of course those tunes were still as wavy, fractured and downright fun as they’ve ever been, but across tracks and remixes from EVOL, Russell Haswell, DJ Stingray and Autechre, the label released a series of stone-cold bangers that stood apart from previous years. The best was NHK’Koyxen’s ‘A2 845’, an intense 11-minute piece of steppers techno that sounds like acid quicksand.

‘Kristallisering’ is a fairly uncharacteristic track for Swedish producer Henrik Jonsson, whose spaced-out, dubby cuts occupy a similar space to labels like SUED and Acido. Not only is it led by a crisp electro beat, but it’s host to one of the year’s most euphoric piano riffs. Jonsson’s humid atmospherics are nowhere to be found in ‘Kristallisering’, but it’s the year’s best example of a “less is more” house track.

It seems quite fitting that in the year Numbers favourite Fatima Yamaha went global, the label got a bonafide anthem of its own from Glasgow veteran Sparky. The appeal of ‘Signals’ is just the same as ‘What’s A Girl To Do’: thick bass you could get stuck in, soaring melody and a the sickly sweet endorphin rush you can only get from a bottle of Buckfast. Emotional taps-aff banger of the year.

Via App made good on the promise of last year’s Dangerous Game with 7 Headed, a club-ready 12” that trimmed the fat from her music without sacrificing the quirks that made her debut so compelling. The highlight, ‘Baby K Interaction’, is a candy-coated yet sinister house jam that sounds like two totally different tracks in one. There was no shortage of weirdo house music in 2015, but this was the best of the bunch.

The Zenker Brothers aren’t the only ones mining jungle’s past for inspiration, but few in 2015 did it with the subtlety of their debut album, Immersion. The highlight is ‘TSV WB’, a sleek hybrid of Livity Sound-esque UK techno and austere German club music, and spiritual twin of Kowton’s hands-in-the-air ‘On Repeat’. You can’t call it trance exactly, but there’s definitely something about its starry-eyed synths that make it stand out. 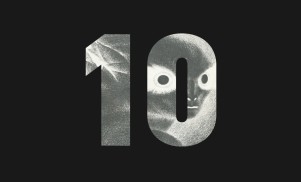 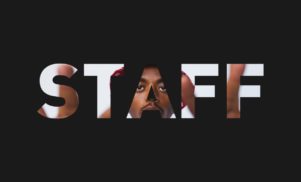 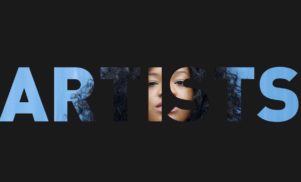 The Year’s Top Artists Pick Their Best of 2015 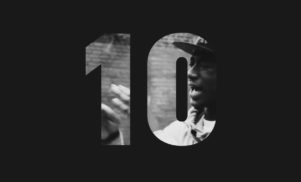 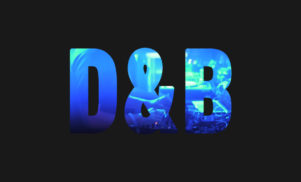 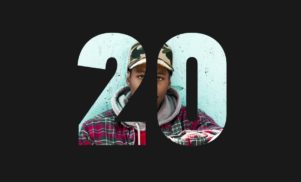 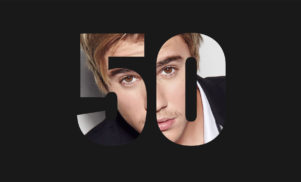 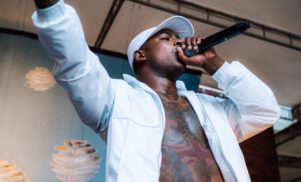 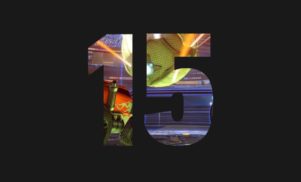 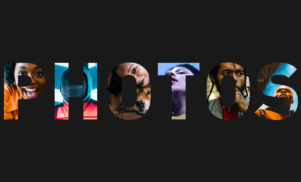