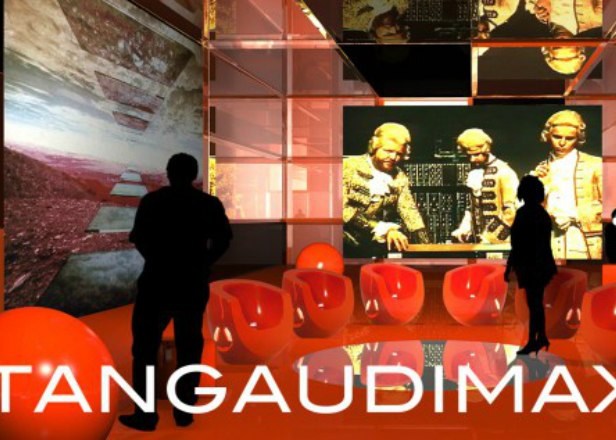 The TANGAUDIMAX will immortalise the work of Tangerine Dream.

Bianca Froese-Acquaye, the widow of Tangerine Dream founder Edgar Froese, has announced plans to build a museum commemorating the work of her late husband. A peerless innovator, Edgar Froese led the pioneering krautrock outfit from 1967 until his death in January of this year.

“The sound museum will be set up in memory of the unique achievements of Edgar Froese’s electronic band Tangerine Dream,” says Froese-Acquaye.

Although specifics of the project are yet to be announced, the sound museum will be known as the TANGAUDIMAX. Froese-Acquaye has also shared a video that previews some concept designs for the museum.

A website has been launched to provide information and updates on the project. 20% of proceeds from all Tangerine Dream sales in the Eastgate Shop will go toward building the TANGAUDIMAX. [via Synthtopia]

Read next: A Beginner’s Guide to krautrock legends Tangerine Dream