Featured Stories I by Chal Ravens and Scott Wilson I 15.01.16

The week’s best mixes: David Bowie at the discotheque, Hieroglyphic Being and 1080p

The sad departure of the Starman overshadows this week’s selection, with JD Twitch and our very own Mikey IQ Jones paying tribute to David Bowie’s discotheque mastery and overlooked gems respectively. For more serious dancefloor muscle we can offer you Chicago’s mighty Hieroglyphic Being, Africa HiTech on the warpath, exclusive treats from 1080p and a set from one of FACT’s techno producers to watch in 2016.

Optimo’s JD Twitch was among many names who paid tribute to David Bowie this week, but the Glasgow DJ did the only logical thing and reached into his huge record collection. “Unable to do anything else today, I did this,” Twitch said. “One hour of Bowie songs I have played in discotheques over the years.” Expect rare edits and dubs among the classics.

There are few DJs that spin with the same intensity as Jamal Moss, but if you’re yet to experience the sweatbox that is one of his sets, the latest Dekmantel podcast is the next best thing. Recorded live in Minneapolis late last year, the three-hour set demonstrates why Moss is the master of searing analog acid.

Recently tipped by FACT as a producer to watch in 2016, Manchester’s Willow stepped up to the city’s NTS Radio outpost this week for her first show on the station. As you’d expect from an artist that’s released on Workshop, deeper-than-deep house and techno is the order of the day, with sumptuous tracks from Pépé Bradock, Kassem Mosse, Steffi and Omar-S on the menu.

Truly, we’d be happy for the Bowie loveshower to continue unabated until the next geological epoch, so fuck yeah are we going to include not one but two mixes dedicated to the dearly departed Thin White Duke this week. FACT’s very own Mikey IQ Jones has put together 75 minutes of “deep cuts, rare tracks and later-era greatness” highlighting “the Bowie that most connected with me over the years”. If you’re sick of the Ziggy Stardust worship, this one’s for you.

The little label that could kicks off 2016 with a mix of unreleased gems from Palmbomen, Khotin, Riohv, MCFERRDOG and more, all due to be released on 1080p this year. From tape-cracked ambience and eerie rave breaks to pulled-apart electronics and loopy, lysergic IDM, bossman Richard MacFarlane just got us very excited for the Vancouver label’s next 12 months. 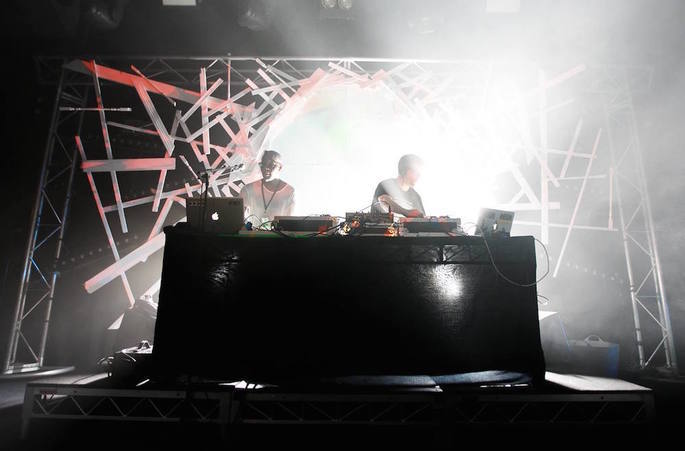 UK soundboys Mark Pritchard and Steve Spacek got together for just one show in 2015, at OutsideIn festival in Sydney, and their kaleidoscopic sound system showdown has now popped up on Red Bull Radio, so everyone else can experience their journey through the wonkier corners of dub, footwork and jungle. There’s an unfortunate Queen interlude, but no one’s perfect.