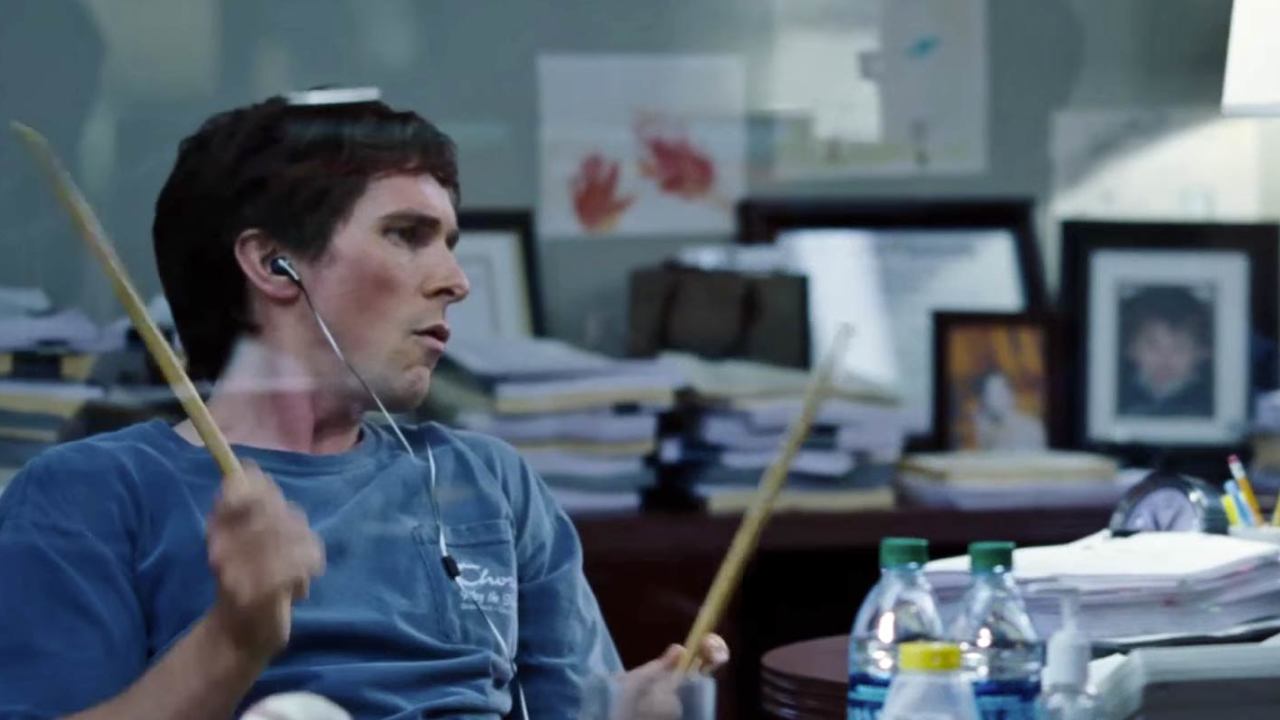 In his latest film The Big Short, Christian Bale plays Michael Burry, a real-life hedge fund manager who made millions from others’ misery during the financial crisis by short-selling stocks. He also liked to blow off steam by playing drums.

To nail his portrayal of the metal-loving former physician, Bale decided, with typical dedication to the Method, to learn how to play drums himself. He spent two weeks learning with drum teacher Scott Wittenburg, during which time he only listened to Pantera and Mastodon, and by the end he was good enough to play double bass drum along to Pantera’s ‘By Demons Be Driven’. Oh, and just before shooting started, Bale tore his knee apart on a trampoline. Dedication!

“Of all the students I’ve taught, he was certainly not the best drummer, but one of my best students,” his tutor Wittenburg told Pitchfork. “I gave him ‘homework’ and he would come back doing it like he had been doing it for a long time. It was obvious he had put his hours in.”

“It was a wonderful crash course,” Bale told Screenbeat. “[Burry’s] brain is on fire so much that death metal calms him.” [via CoS]