Sequencer, foot controllers and a separate headphone amp are among the features.

Boutique Czech synth manufacturer Bastl Instruments has previewed four new Eurorack modules, due to be shown off at this week’s NAMM show.

The four modules include a non-linear sequencer called Popcorn, a pair of foot control modules called Clutch and Dupdup, and Ciao!, a diminutive unit with four audio outputs and headphone amp, allowing you to isolate and mix a patch in your headphones before adding it to the rest of the mix.

Clutch and Dupdup are probably the most interesting of the four, offering a function that’s relatively uncommon in Eurorack modules. Clutch has the capability to connect four pedals, and can function as a “continuous voltage source for your feet”, while Dupdup allows the connection of two switches that can perform tasks like switch trigger sequences, mute signals and generally reroute your system in different ways.

The competitively priced modules are due to ship in March, coming in at €210 (Popcorn),€109 (Ciao!) €90 (Dupdup) and €75 (Clutch). Popcorn will launch alongside its own CV and gate expander modules, which add more inputs and outputs – they cost €49 each.

Find out more at the Bastl Instruments website, and gaze upon the company’s signature wood-panelled design below. 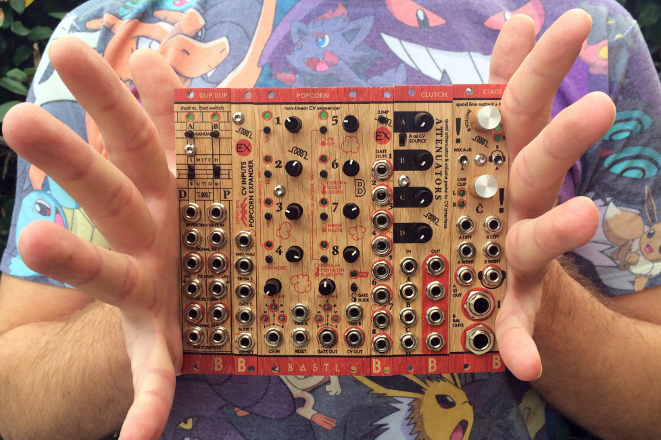 Read next: This Lego-style system is a perfect case for modular synth newbies