The ★ was part of the Starman’s plan.

The stark album artwork for David Bowie’s Blackstar was intended to represent “a man who was facing his own mortality”, the designer behind it has revealed.

Jonathan Barnbrook, who has created five album covers for Bowie over the past 15 years, said using the symbol ★ had “a sort of finality, a darkness, a simplicity, which is a representation of the music.”

“It’s subsided a bit now, but a lot of people said it was a bullshit cover when it came out, that it took five minutes to design,” he told design magazine Dezeen. “But I think there is a misunderstanding about the simplicity.”

“The idea of mortality is in there, and of course the idea of a black hole sucking in everything, the Big Bang, the start of the universe, if there is an end of the universe,” Barnbrook added. “These are things that relate to mortality.”

Barnbrook extended the concept to the vinyl edition of the album by cutting a star out of the black sleeve so the record inside is visible.

“The fact that you can see the record as a physical thing that degrades, it gets scratched as soon as it comes into being, that is a comment on mortality too,” he said.

Read the full interview with Barnbrook about his long working relationship with Bowie. 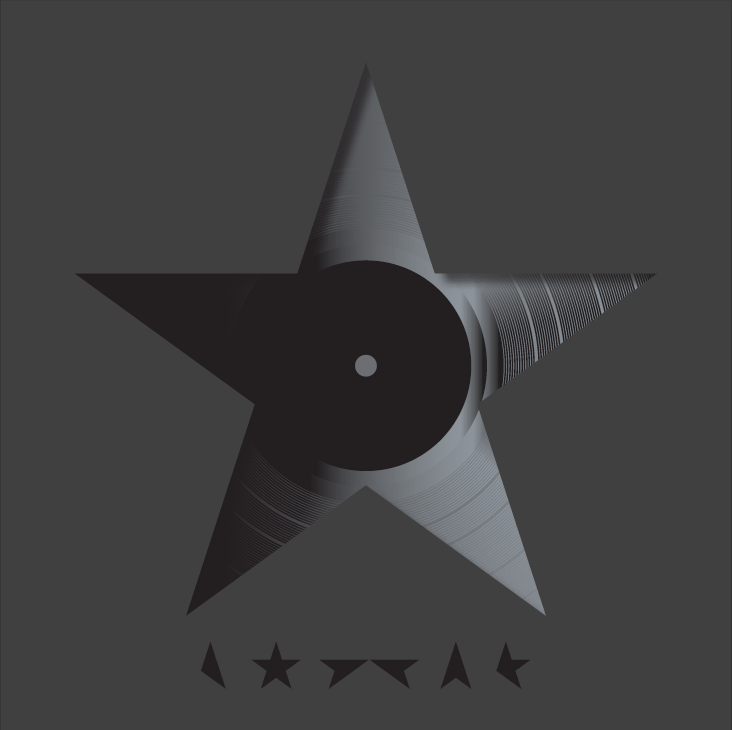