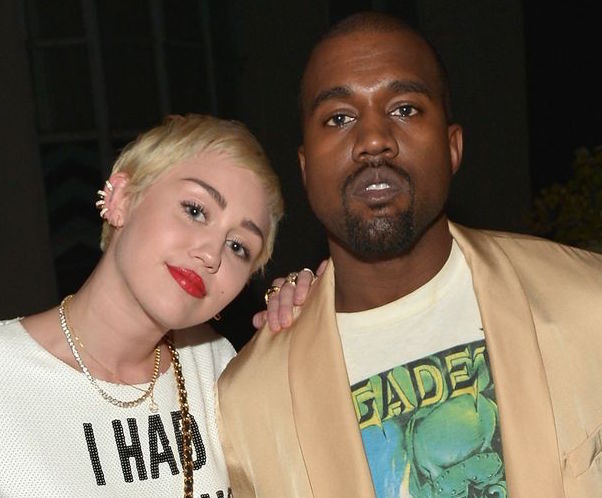 Back in 2013, it was reported that Kanye West carted Miley Cyrus from the MTV Video Music Awards to an L.A. recording to studio to remix Yeezus burner ‘Black Skinhead’. The whole thing was particularly egregious-seeming at the time — this was a peak controversial time for Miley and her “invention” of twerking, while Kanye was at the height of making his most political music to-date. As it stands, the starkness of ‘Black Skinhead’ has no reason to be flipped, unless you want to pad it with Pusha T’s “YUGGUHK” and call it a day.

Ultimately, the thing never saw the light of day…until now. The remix, which also features Travi$ Scott, is a disparate collage that could feasibly have been something taken from the My Beautiful Dark Twisted Fantasy cutting room floor — remember, West recently said that thing is sloppy, soooo… — and features Miley interpolating Tears For Fears’ ‘Everybody Wants to Rule the World’.

Listen, this is a total mess. There is nothing cohesive about the way it sounds. When you hit play, you are going to wonder if there is another tab in your browser also playing music. But try it for yourself. If anything, it will only make you happy Ye has decided to skip out on parties in L.A.

[via Nah Right; audio via Consequence of Sound]