On Monday, Kanye West shared the full version of his collaboration with Kendrick Lamar and Madlib, ‘No More Parties in L.A.’

As it turns out, the beat on ‘No More Parties in L.A.’ is from an old batch that Madlib had given Kanye back in the early 2010s, when the latter was making My Beautiful Dark Twisted Fantasy (as detailed by L.A. journalist Jeff Weiss).

Yesterday, Ye tweeted that Madlib had delivered another six beat CDs to him (and Kendrick by the looks of the photo), adding the hashtag #scary. Kanye also appears to be high in the shot, which is the right state for a Madlib beat CD listening session.

Read Next: From Cassettes to Donuts: the history of the hip-hop beat tape 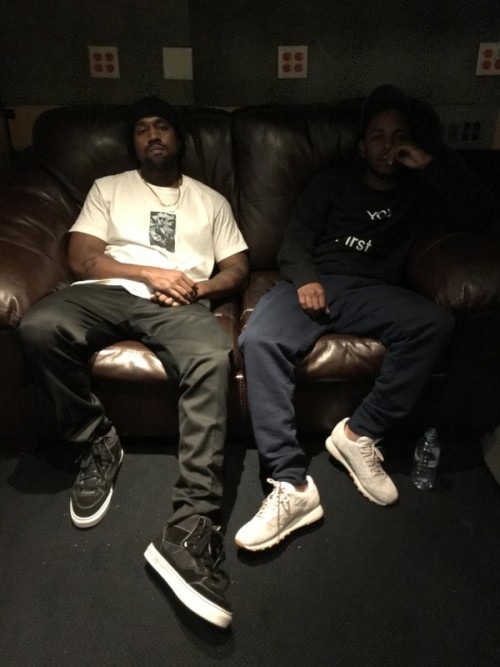