Kanye West announced last night that the album we’ve all been coming to expect as Swish would instead be called Waves. While this could be viewed as a nod to his current SoCal habitat, a tweet he made about currently-incarcerated Harlem rapper and French Montana associate Max B. caused a little bit of a stir on Twitter, as “wavy” is one of Max B.’s calling cards.

Most notably, Wiz Khalifa took umbrage with Kanye’s hat-tip, retweeting it with “Yea alright” followed up with “Max B. number one trending. FREE THE WAVE.” It’s likely Wiz was accusing Kanye of swagger-jacking Max B. — although, considering there was acknowledgement, it is probably more of a tribute — and the shots didn’t end there.

Yeah, Kanye didn’t like that (read from bottom to top): 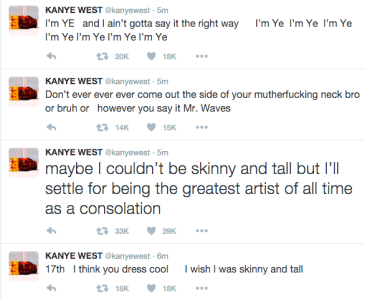 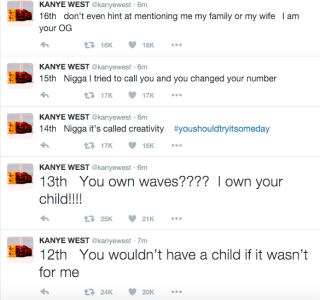 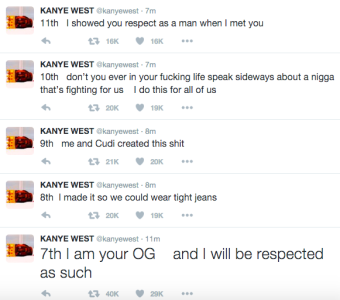 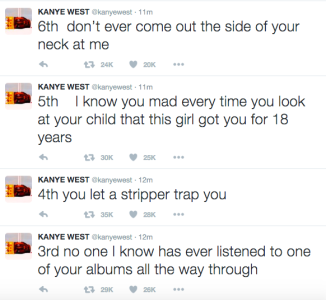 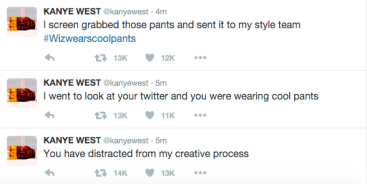 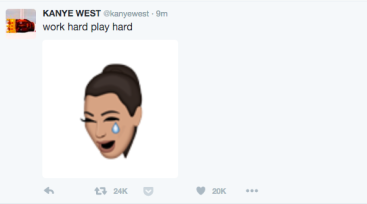 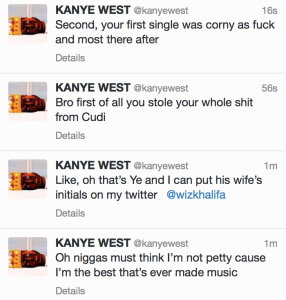 More, as this continues.