It’s no surprise, really – a typically wordless form of contemporary dance music doesn’t necessarily seem the best vehicle for socio-cultural and historical introspection. But perhaps that’s disingenuous. Microcosms of dance music have long been synonymous with specific times and places, while strands of house, techno and dubstep have been inextricably linked to the American midwest, Berlin and Croydon. Yet few artists of this ilk have created works actually about a city, not least one as complex and fractious as London. Shape Worship’s A City Remembrancer is one.

Over the past couple of years, Ed Gillett has carved out an idiosyncratic niche in leftfield dance music. His first two singles as Shape Worship, Observances and Throughways (both released in 2013, on Jonny Mugwump’s dormant Exotic Pylon label and Gang of Ducks, respectively), were neat exercises in glacial techno, accomplished but far from indicative of the form Gillett’s first full-length would take.

Though originally set for release on Exotic Pylon that year, A City Remembrancer eventually appeared on the Front and Follow label at the end of 2015. It was a conspicuous step up in terms of concept and realisation. Exploring the capital’s secret histories, from the Necropolis Railway to the traditional pastime of mudlarking, its architectural identity and its tumultuous social policies, the record is a portrait of London’s past and present, amalgamating pastoral IDM, techno and drone elements into a singular whole.

Gillett spoke to FACT about his escape from linear dance music, the fetishisation of pirate radio, the demolition of the Heygate Estate and the terrible irony of descending from a family of estate agents.

What prompted the shift from the more linear dance singles on Gang of Ducks and Exotic Pylon to your more conceptual approach on A City Remembrancer?

There wasn’t a Damascene conversion or anything. I was really just using the first two records as a demonstration of what I could do – something that I felt held together, that I hoped would work on its own terms. I was deliberately trying not to be too ambitious, and I never set out to make them deliberately apolitical. I always wanted to make something that was grounded in the world around it and spoke to things broader than simply making music. It can be very easy for electronic music to fall into a sense of replicating and referencing itself. That whole kind of scene can exist in its own bubble, and I’ve always been interested in stuff that moves beyond that.

There were three albums from 2013 that really consolidated the way I wanted the album to function even if I didn’t necessarily know what it was going to be about. Colonial Patterns by Huerco S and The Inheritors by James Holden were both about evoking a particular place in time. Colonial Patterns is outsider house made about pre-Columbian America; The Inheritors was a techno album made about neolithic Britain. Both of those kind of clicked for me in the sense of, ‘this is the way you can make music that’s connected to broader ideas but isn’t Billy Bragg’. Not something obvious and didactic and flag-waving.

The third one, which was re-released in 2013, was Midtown 120 Blues by DJ Sprinkles, which was again evocative of a place and time but had more of a political, social aspect to it, a coherent statement that wasn’t a manifesto.

Was it always the plan to make the album specifically about London?

I’ve always been interested in space and the city and how that functions. There was a gradual process of it dawning on me, going to work every day. The train I get goes through Elephant and Castle, so I was going past the Heygate [Estate] as it was being emptied, abandoned, demolished and then rebuilt. Seeing that and thinking about, it just gradually began to fit together.

I’m really interested in local history as well, that idea of buried histories that people walk past and completely ignore. There are so many of them in London, it’s so rich in all this stuff. The other factor, on the political side of things, is that my family have always been involved in London in the sense of its buildings and space. My dad is a property agent in the City, his dad was before him, his dad before him – it goes back seven generations. As long as London has been an industrial city, there have been Gilletts involved in shaping how that space is used. It’s been ingrained in me from a really young age. 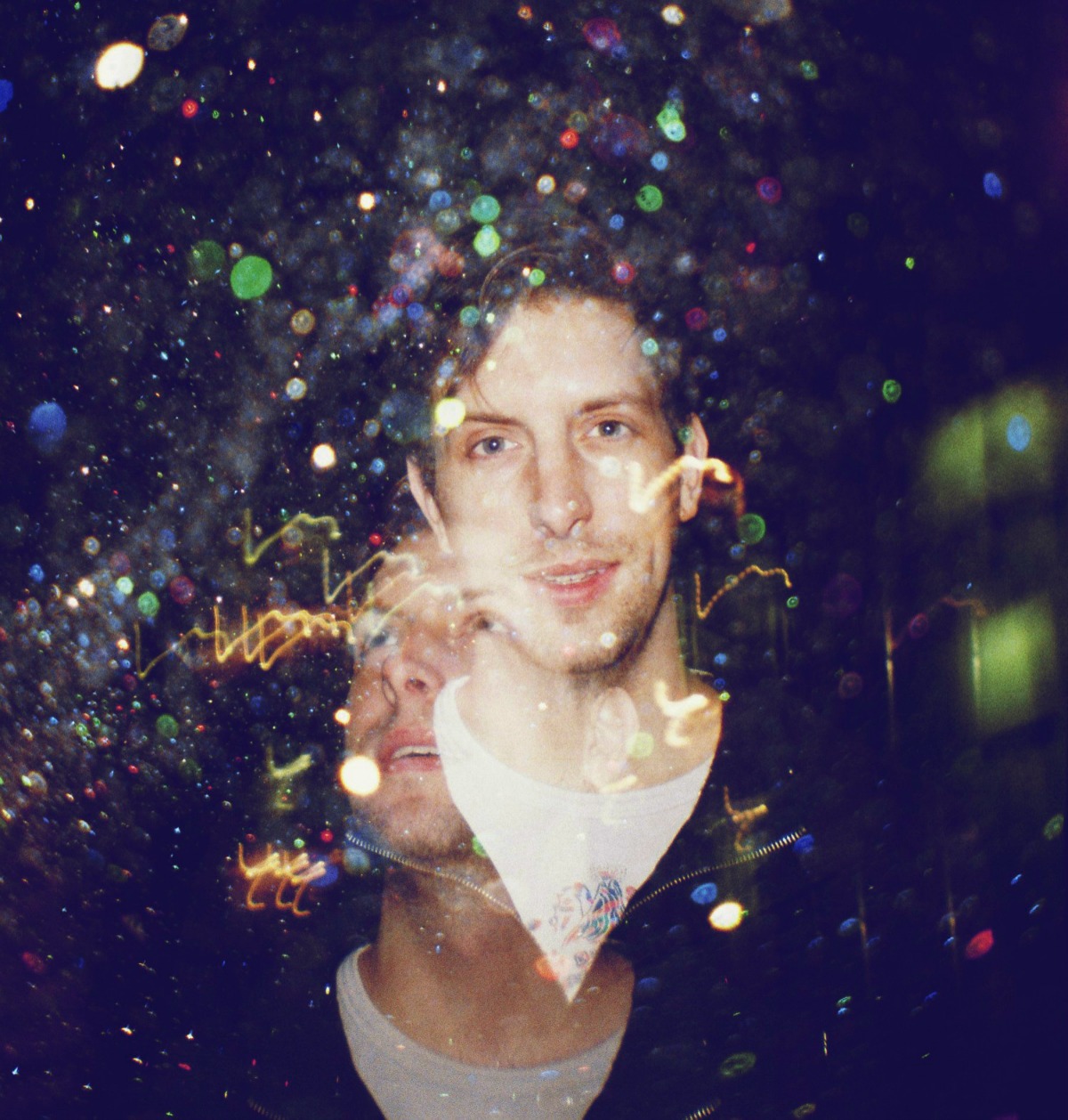 “These stories don’t belong to me. My aim was to bear witness”

The album has a an obvious political bent, especially in the tracks referencing social housing and estates, and their council-initiated destruction. What were you trying to achieve?

Remember that Four Tet album [Beautiful Rewind] a couple of years ago that was inspired by pirate radio? I thought that was really interesting, but it just picked up on the sonics, and it didn’t feel like there was much analysis of it beyond that. It was just framing as a little reference point, that idea of the hardcore continuum. Or techno and house records that just look back to ‘80s and ‘90s Chicago and Detroit, and mine that solely for the sonic properties and the references that creates for people – it’s that kind of fetishisation of the sound of places without necessarily thinking about the context behind it.

I obviously feel really strongly about the issues addressed by the album, but by choosing to frame them in that multi-layered, multi-faceted way, I wanted to emphasise that these stories don’t belong to me. My aim was to bear witness to other people’s experiences rather than co-opt those stories as ‘mine’. The appropriation of working-class and non-white culture and experience by middle-class artists is a really tricky issue, of course. In addressing questions like gentrification, post-industrial cities, and so on, I’m acutely aware that I’m making music about injustice from a position of substantial privilege. The irony’s not lost on me that I’ve indirectly benefited [via the family profession] from the very processes I’m now critiquing.

I think it’s morally incumbent on people in my position to be awake to these issues – too few of us are, I think – but also to allow the terms of the debate to be dictated by those suffering most from them. I wanted to avoid the voices I used becoming just conceptual window-dressing, or for my own voice to talk over or appropriate the voices of those most directly affected. By making the album multi-layered and emotionally ambiguous, I wanted to prompt listeners to consider and investigate these issues, without fetishising them or foregrounding my view as any kind of singular, authoritative truth.

Did you conduct many of the interviews for the record yourself?

No. If I was doing the project again from scratch that’s one of the things I might change. Creatively I didn’t want the album to be primarily about my experiences. I really liked the idea of refracting what I was able to say through other people’s experiences a bit. So I culled a lot from YouTube, and made some field recordings of places but I wanted those to not carry too much narrative weight. I just wanted them to be texture. It’s weird, but I felt that if you had a little bit of sound from a place, even at a very low level, it imprints on the rest of it somehow – a little bit like burying a time capsule under a building.

There’s an almost folksy gaze to a lot of the record, reflected in your interest in local history. The use of the Thames as a framing device is particularly interesting, on ‘Mudlark’ for instance.

I really liked that idea of the Thames as the centre of it. It’s played such a huge role in the history of the city – of conveying stuff, of depositing stuff, of being uncovered and then reburied. That spoke to the broader themes of the way the city creates stuff – old buildings get used as foundations for new ones.

Do you see the album as archaeological? It’s flush with anachronistic and historical terminology.

Not even necessarily archaeological – [it’s] placing things that are historical, but still concurrent, alongside things that are going on now. One of the reasons I was interested in using club-influenced music is that so many of the places we use as clubs have very rich histories. Fabric is a perfect example, right next to Smithfield meat market. It was a meat seller originally, it’s got all these old industrial uses. It emblemises club culture for me to a certain extent. You’d come out at six in the morning and it’d be peak period at the meat market. Those kinds of contrasts, being able to look down the line of something’s history and get a perspective on all of those things.

Is the history-digging ethos reflected in the visual aesthetic of the record?

The typeface on the record itself is called The Doves Type. It was created in 1899 and became the object of the struggle between the two guys who created it. One of them ended up stealing the letterpress in batches and dumping them in the Thames so other people couldn’t get them! It was this great lost type for ages, people obsessed about it. [The font was digitally re-engineered from source material and released in a digital form in 2013 by one Robert Green. The original press was dredged up a year later under his instruction and tweaked into a second edition.] There were some samples of the guy from that company talking about the process of recovering it.

I assume the topic isn’t a closed book. Is it something you’d explore further?

Since the album came out I’ve taken a few weeks away. It was quite an in-depth process – it’s kind of the curse of working with digital audio. There’s always things you can tweak and refine. I got very into that process, and it’s not a particularly enjoyable way to work, realising you’ve been sat there for four hours trying to EQ a kick drum and it’s still not right. So I think whatever I make next, I’d like it to be less taxing, both to listen to and to make. I feel like maybe I just want to test myself and put out an unashamedly simple dancefloor 12″, or just an EP of ambient stuff. [But] it’s weird – every time you stop thinking about these things you realise how important they are.

I think it’s interesting with a couple of other albums that came out [in 2015], Jam City’s [Dream A Garden] and Darkstar’s [Foam Island], both of which have explicitly been about similar issues to this one. Some wag on the RA comments described my album as like the Darkstar one but without the tunes, which was interesting! Ultimately, it’s a really good thing for music to be a bit more ambitious than it needs to be. I think there’s a general move towards electronic music that’s unashamed to take political stance of some kind or have that closer to the surface of it’s meaning. I’m keen for that to continue.