“His body has witnessed much and should be documented”, says project originator.

Iggy Pop is already busy this year starring in a movie, prepping a collaborative album with Josh Homme and a tribute to Walt Whitman with Alva Noto. Among those projects he’s also found the time to pose nude for a life drawing class at the New York Academy Of Art. The pieces will then be shown at the Brooklyn Museum this autumn in an exhibition titled Iggy Pop Life Class.

“The life class is a special place in which to scrutinize the human form,” says artist Jeremy Deller who conceived the project and personally chose the 21 artists with the Brooklyn Museum’s Sharon Matt Atkins.

“As the bedrock of art education and art history, it is still the best way to understand the body. For me it makes perfect sense for Iggy Pop to be the subject of a life class; his body is central to an understanding of rock music and its place within American culture. His body has witnessed much and should be documented,” he said.

The exhibit is expected to tour following its Brooklyn Museum debut. Learn more via E-Flux and take a look at the (somewhat NSFW) photo of Pop posing below. 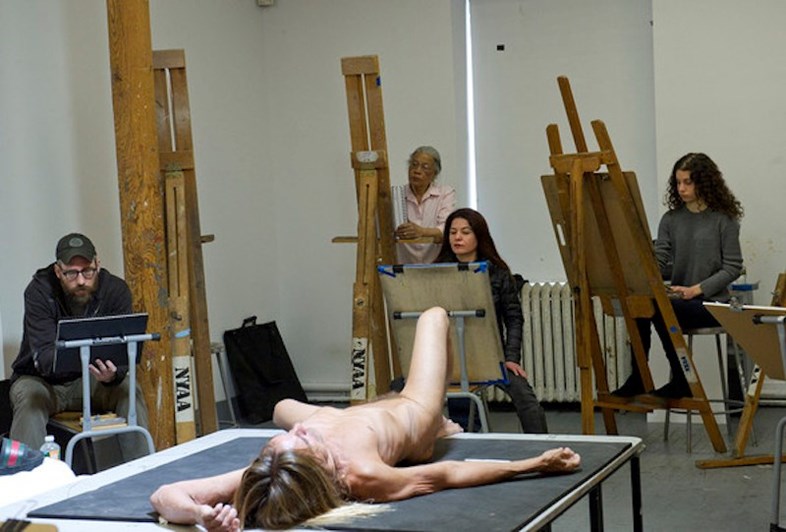