With the way individual tracks are now consumed, the idea of what constitutes a single has shifted dramatically in the last half a decade, and it’s for this reason that the songs reviewed across the next pages are a combination of 12″ vinyl releases, mixtape cuts, SoundCloud uploads and more. This week, the surprise return of King Kendrick, a girl group on a mission, M83 goes full ‘80s and more besides. 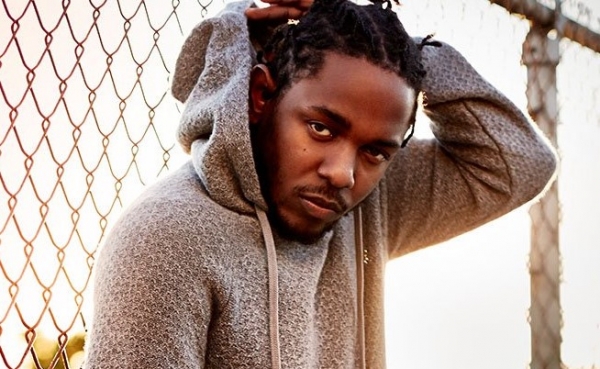 Chris Kelly: In an era of ultra-prolific rappers, Lamar makes it look easy: this one was reportedly written the day before he first performed it on Colbert. It’s fascinating to hear an embryonic To Pimp A Butterfly – even in untitled, unmastered form – as Lamar and company explore the mix of rap, jazz, funk and Black Power that would come to define the album. (8)

Daniel Montesinos-Donaghy: Like much of untitled unmastered., this is a spirited and effortless sketch, revelling in its eccentricities and archness so as to not supply you with an answer. Just groove and wonder. (8)

Tayyab Amin: We hear various perspectives through different men: (supposedly East) Asian, Indian (as in Native American), black, and white. There’s a focus on American experiences, and the common theme is what non-white people feel they need to do to achieve their own vision of success in a white supremacist environment. Through this, Lamar implicitly proposes we consider how such a society influences what non-white people in the US see as success for themselves. True to Kendrick, it’s a highly ambitious piece, but I think it’s structured in a really involving way that allows him to put these questions to his global audience alongside speaking to his own people. Managing to juggle those things is no easy task. (8)

Son Raw: I was in the minority of critics who found TPAB easier to admire than love and easier to celebrate than actually listen to, so untitled unmastered.’s off-the-cuff looseness is a welcome shift in tone away from its predecessors’ grand statements. While Kendrick is rightfully acclaimed for being the voice of a generation, he’s also the greatest rapper of his era and I’m more interested in hearing him ride this groove than the awkward essentializing going on in the lyrics. (7.5)

Son Raw: At their best, the Awful Recs collective reconnect Atlanta hip-hop to The Dungeon Family’s self-aware artiness for the internet era. At their worst, they make trap-lite throwaways that lack Odd Future’s dedication to a unique aesthetic. This is the latter, down to the VST presets and rhymes that don’t seek to impress, just grab unique Soundcloud impressions. (4)

Chris Kelly: Stalin Majesty might be Awful’s most underrated talent, as a producer of dark-as-night beats and a singer of dancehall-inflected hooks. He provides both on ‘Run It’, laying down a pseudo-grime instrumental and letting Lord Narf and Archibald Slim go bar for bar. (9)

Tayyab Amin: Looks like Awful are still untouchable. You could pick apart the beat, the flows, whatever, it’s still their chemistry that shines the most. There is something endlessly playable about the instrumental though – the dark synth whistling through like night wind, the ad lib style vocals, and bass that just won’t let up. Just hit repeat until you realise it’s been an hour. (9)

Daniel Montesinos-Donaghy: Multi-tracked slurring over dance-kid versions of DatPiff instrumentals is one of my favourite sub-genres of the internet age, and this will happily slot into a very narcoticised iTunes playlist. (7)

Tayyab Amin: I can’t believe it’s not Mustard! We the people have been in dire need of working-from-home anthems and Fifth Harmony are out here doing the lord’s work – with an on-form Ty Dolla $ign appearance no less. The group go from being a playful, humorously winking sort of sexy to just actually hilarious with that over-the-top harmonising at the end, and I’m so here for it. (8)

Son Raw: I wish Fifth Harmony pushed the group dynamic further – this is so processed that it’s actually hard to tell the members apart and the world is so ready for a genuine all-out girl group that can saaannnggg. Since that’s a bit much to ask from a Simon Cowell-endorsed project, I’ll content myself with how seductively this sands down the rough edges from Mustard’s sound (he should get points on this) just in time for cookout season. (5)

Daniel Montesinos-Donaghy: Another sub-genre that I’m fond of: DJ Carisma playlist slaps cross-fertilised with glimmering pop nous. (Think Crush’s ‘Oasis’, my FACT single of 2015.) Fifth Harmony chased the still-warm corpse of ‘Talk Dirty’ into the ground with their Kid Ink collabo ‘Worth It’ from last year; this, with its pitch-perfect innuendo, is actually worth it. (8)

Chris Kelly: I had barely even heard of Fifth Harmony until I saw their dazzling live show last August and quickly became an evangelist. They are the perfectly constructed pop-R&B group that we deserve, with singles like ‘Work From Home’ for days. This is the first great Mustardish jam of the year – and it features Ty Dolla. As ‘Bitch Better Have My Money’ proved, it never hurts to make your lyrics speak directly to freelance writers. (9)

Daniel Montesinos-Donaghy: After two back-to-back grandiose efforts, Anthony Gonzalez decides to downsize with a Tim and Eric-esque visual aesthetic and more recollections of the ‘80s, but can’t help being as H-U-G-E as possible. Promising. (7)

Tayyab Amin: ‘Do It, Try It’ is a pretty disjointed pep talk to be giving yourself, though the staged grandiosity in the stunted instrumentation is very much present. I’m really not a fan of the vocal effects either. Essentially, this has got me sitting here appreciating Muse’s songwriting even more and wishing myself back to the Rapture in 2011. Not the intended reaction, I don’t think. (4)

Son Raw: The road to my heart is paved with Bell Biv DeVoe samples, even if the artists versioning Poison can never resist the urge to stick to the original’s template. This is a nice start, but can we get a whole-hearted New Jack Swing sample wave? Tinashe sampling Orange “Juice” Jones? Beyonce flipping Jodeci? R Kelly sampling R Kelly? What a bright and glorious future. (8)

Tayyab Amin: The most striking thing about this is the dissonance between the absolutely phat throwback video and the passionless track itself. Taylor’s singing is drowsiness-inducing, she’s aimed so readily for the ‘90s that she forgot to bring something of her own to spin. It’s an homage that ultimately doesn’t do its inspiration justice. I have to shout out the dancer whose trousers split in the video though, ‘cause she pays no heed and proceeds to fully go in. (5)

Chris Kelly: Sampling one of the most beloved anthems of the ‘90s is almost cheating, but hey, everyone’s doing it. ‘Undercover’ does more than karaoke with the beat, letting Taylor show off the type of voice missing from contemporary R&B, but it still feels a little gimmicky. (7)

Daniel Montesinos-Donaghy: Cute enough, but Bell Biv Devoe’s clattering ‘Poison’ does not act as a garnish – it’s a force by itself, and this song misunderstands that for nostalgia’s sake. Same with the R Kelly/Johnny Gill ad libs near the end. (5)

Daniel Montesinos-Donaghy: A gorgeous little piece of audio gossamer, the type of song to live on in loops until night becomes daylight. (7)

Son Raw: There’s something perverse about judging a teaser from an album that we’re explicitly told “should be listened in one sitting”, although that’s Warp’s fault for leaking a teaser at all. As it stands, I’m perfectly willing to drift away to this. (6.5)

Tayyab Amin: Even if Pritchard’s new album is meant to be heard in one continuous go, streaming this ahead of it has me looking forward to such a tender couple of minutes’ respite. It’s much more than that though: within this pocket, times freezes for bittersweet reflection amid the fragile eternity of the world waking up around you. (7)