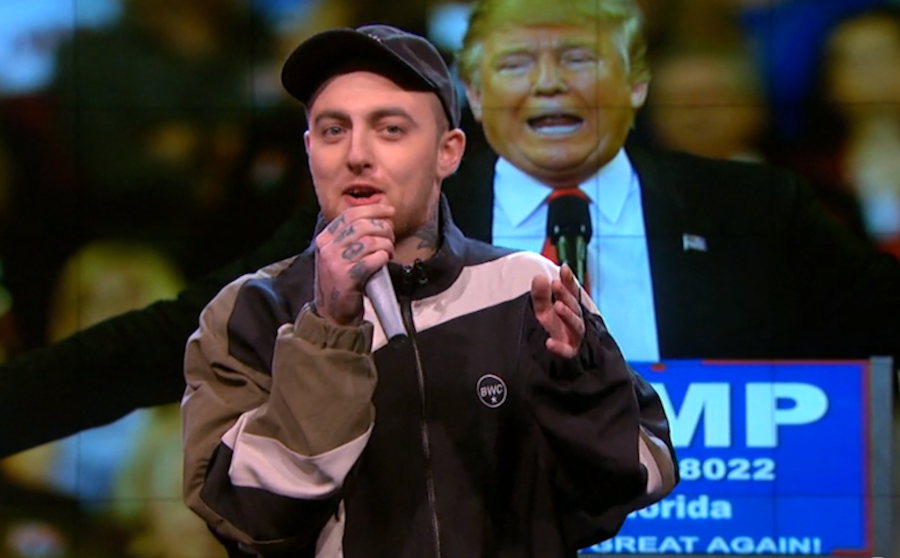 The rapper denounces the controversial Presidential candidate on television.

On a recent episode of Larry Wilmore’s The Nightly Show Mac Miller came on to deliver a message denouncing Donald Trump. Miller, who Trump once threatened to sue for royalties after the rapper released a song named after him, opened his segment bluntly.

“I fucking hate you Donald Trump,” he said, before criticizing the Republican frontrunner’s racist comments on the campaign trail towards Muslims, Mexicans (who he’s referred to as “rapists”) and African Americans (who have experienced countless acts of violence at Trump rallies).

“You’re lowering the bar for our nation’s intelligence, your only goal is to stay in the spotlight no matter how much it fuels the fire of hate groups you apparently “know nothing about” like the KKK and Neo-Nazis, you have people at your rallys who openly assault black teenage girls,” he says before calling Trump an “egomaniacal attention-thirsty psycopathic power hungry delusional waste of skin and bones” and promising he won’t move anywhere if Trump gets elected.

“I’m staying right the fuck here. I’m not going anywhere. I’ma be here every day telling the world how much I hate you, how much of a clown you are, and how we as a nation are better than you will be as a racist fuck-wad of a human,” he said. Watch the video below via Comedy Central.