The producer blames “lawyers who weren’t in the room” for lack of payment.

Hudson Mohawke has clarified that he has no issue with Kanye West after publicly considering leaking a folder of unreleased tracks between the rapper and Drake yesterday.

The producer originally said he would do it due to having not been paid for his work, but later deleted the tweet and changed his mind after speaking with friends and family and considering the legal consequences.

In new tweets clarifying his issue, HudMo explained that he was “relaying something expressed by a whole crew” and it wasn’t intended to be directed at West.

“This is no shots at Kanye it’s shots at lawyers who weren’t in the room on their side. Myself and Ye have absolutely no personal issue,” he wrote.

Hudson Mohawke has his fingerprints all over West’s recent album The Life Of Pablo and is currently working with Oneohtrix Point Never on Hopelessness by ANOHNI. Read his tweets below. 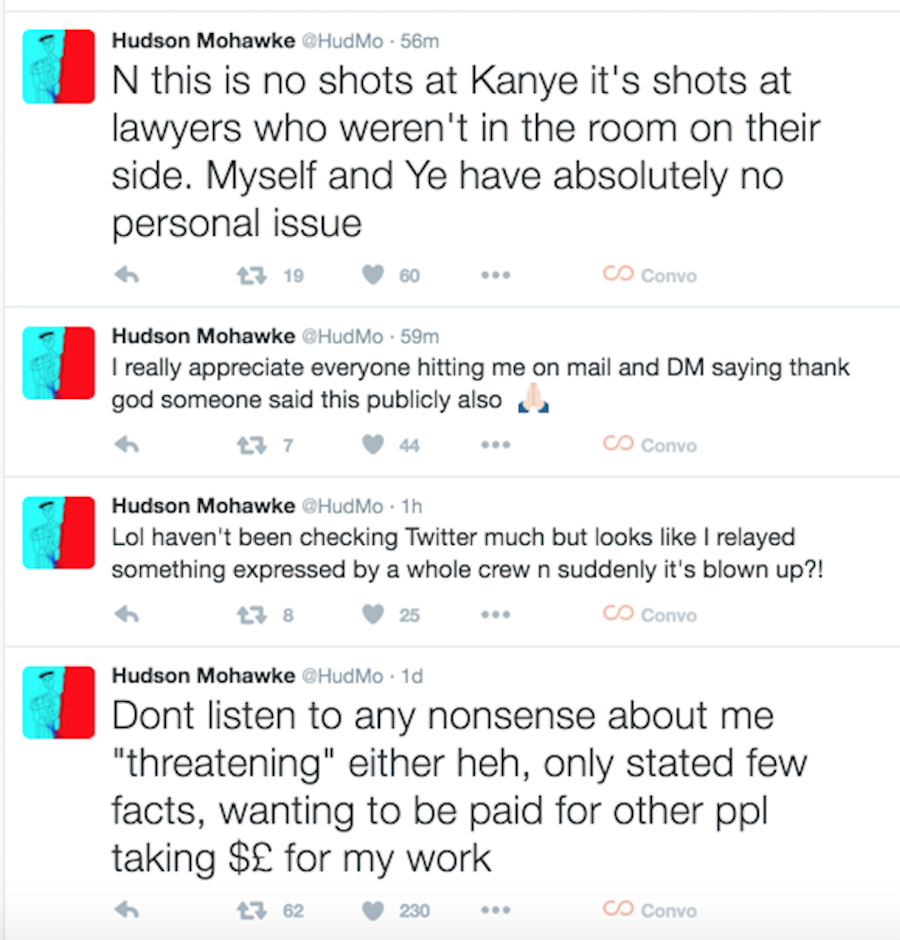