Michelle Obama enlists Missy Elliott, Janelle Monáe, Kelly Clarkson for ‘This Is For My Girls’ song 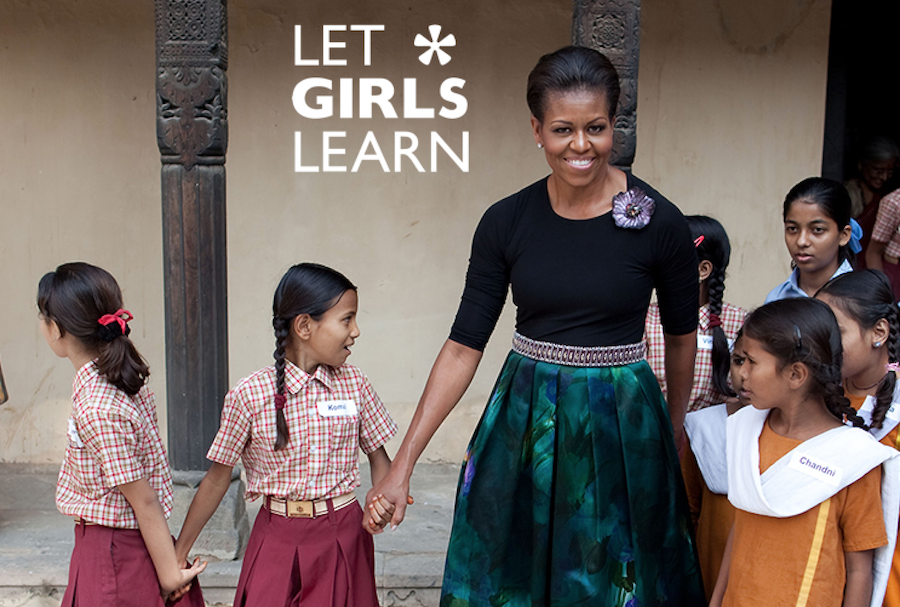 The Let Girls Learn initiative gets a theme song.

Tomorow, Michelle Obama delivers her keynote address at SXSW alongside Missy Elliott, Diane Warren, Sophia Bush and Queen Latifah. The event is intended to raise awareness for Let Girls Learn, a worldwide initiative to raise education rates in adolescent girls. Now Obama has revealed a theme song of sorts for the event.

‘This Is For My Girls’ is a new song written by Warren that features Elliott, Janelle Monaé, Kelly Rowland, Kelly Clarkson, Zendaya, Lea Michele, and more.

“It’s kind of like ‘We Are the World’ meets ‘Lady Marmalade’ with these strong voices and strong women,” Warren told Billboard.

Preview the single here and buy it from iTunes. Obama’s keynote will be live-streamed tomorrow at 10:30 CDT.