6 reasons to bow down to synth god Keith Emerson

Depending on who you ask, English keyboardist and composer Keith Emerson was either an incomparable musical genius or the epitome of Spinal Tap-worthy pompous rock excess.

His rise to fame during the explosion of stadium rock concerts and double-album concept suites helped usher in a new approach to arranging rock music, long considered in terms of its “rawness” or simplicity. Emerson and the progressive first wave — including King Crimson, Yes, and Genesis — offered the inverse, fusing rock instruments with the more complex structures of jazz and classical music. Emerson’s penchant for interpolating melodies from noted jazz and classical works could even be seen as an early form of sampling culture in the rock world, something now commonplace across nearly all genres, but still a new concept to pot-smoking longhairs.

Emerson was also noted for his wild showmanship, dubbed the “Jimi Hendrix of the keys” due to his early habit, as a member of The Nice, of wrestling his Hammond organ to the floor, sticking knives in its keys to elicit dense drones, slapping and kicking it to create explosive tone bursts and tipping it over in feedback-inducing fits of staged mania. When Emerson left to form the hugely successful Emerson Lake & Palmer, his budget and ambitions increased exponentially. The Nice had laid the groundwork for his overdriven rock overtures, but ELP was where he really rolled up his sleeves and got nasty.

While I can’t say that a great deal of his catalogue will appeal to FACT readers, there’s still much to be discovered, particularly if you enjoy maximalist arrangements and sharp, cross-cutting rhythmic grooves. Plenty of prog tunes have been plundered for samples by electronic producers over the years, and though ELP were never really a group to drop sick breaks, their catalogue has plenty of textural and harmonic complexity, still vital to beatheads and trackmakers looking for inspiration.

As a tribute to Emerson’s ambitious and impressive career, as well as his sad and unfortunate passing last week at the age of 71, I’ve chosen six of my personal favorite tunes from the composer’s salad days, the tracks that helped me more sincerely appreciate the unfairly maligned world of progressive rock. There’s much to sift through in his discography for sure, but for now, start here. 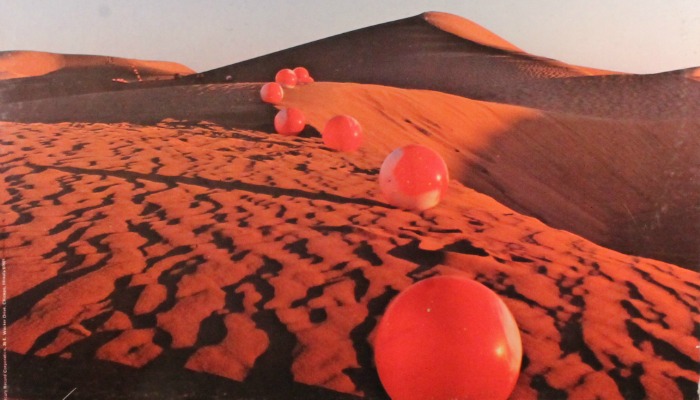 The Nice were Keith Emerson’s first rock group, an odd ensemble who fused the wild garage-rock fuzz of the Nuggets era with lofty, longform suites recontextualizing compositions by the likes of Leonard Bernstein, Dave Brubeck and Antonín Dvořák. ‘Diamond Hard Blue Apples Of The Moon’ is a tight little psychedelic groover which blends a driving rhythm and chugging riff action with a regal horn fanfare. Emerson’s organ playing takes on a number of roles, from more traditional Hammond chords to eerie textural atmospheres and Foley effects, which hint at the title’s possible nod to Morton Subotnick’s 1967 composition ‘Silver Apples Of The Moon’.

Of the six songs here, this is the closest to the more traditional garage beat sounds that Emerson was moving away from when The Nice began as backing band for American soul singer PP Arnold. Originally released as the B-side to their 1968 single ‘America’ (itself a rework of Leonard Bernstein’s hit tune from West Side Story), ‘Diamond Hard Blue Apples’ later found its way onto a great little compilation on Charisma entitled Autumn ’67 – Spring ’68, collecting early single sides and deep cuts from the band’s beginnings. 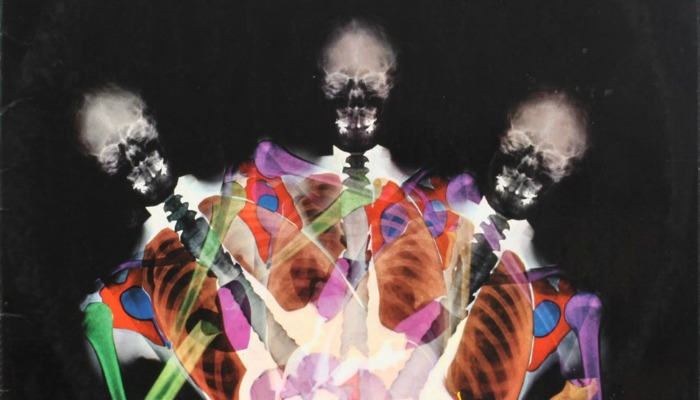 ‘Brandenburger’ was a clever interpolation of the first movement from Bach’s Brandenburg Concerto No. 3, recast for beat group and strings. It’s an odd little tune, tucked away on the second side of The Nice’s sophomore LP Ars Longa Vita Brevis. The side-long “Symphony For Group And Orchestra” as a whole is a bit stuffy, but isolated from the rest of the symphony (when released as an unlikely single in 1968) its bizarre collusion somehow works — it’s a little bit rock, a little bit kitsch, and a whole lot of goofy fun.

The scrappy, awkward shuffle that anchors the tune keeps things from being too serious, and the orchestra plays it completely straight, seemingly unaware of the noise being made in the next room. A tune with charm to spare, while also pointing toward the further refinements of these concepts that Emerson would craft with ELP, ‘Brandenburger’ was just a hint of the greatness that would manifest in Emerson’s ideas. 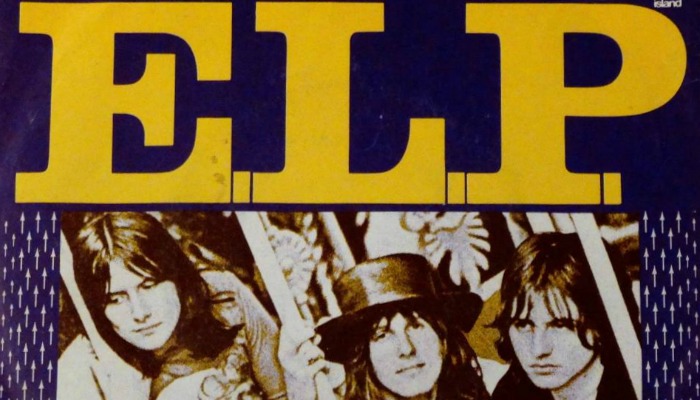 While their hit single ‘Lucky Man’ has become not only the LP’s most lasting song, but arguably the most famous of their whole career, it’s ‘Lucky Man’ B-side ‘Knife Edge’ that I really love. A heavy, lumbering banger which interpolates the melody of Leoš Janáček’s Sinfonietta, it delivers all of prog’s best ingredients while trimming a lot of the fat from the bone for something that starts like symphonic Sabbath before launching into Bach’s French Suite No.1 in D minor BWV 812 after three minutes. While the studio version is a classic, it’s also worth watching the group rip up the tune up live for a look at Emerson’s wildman antics as he manhandles his arsenal of Hammonds, Moogs, and ribbon controllers while Lake and Palmer bash it out in close quarters. 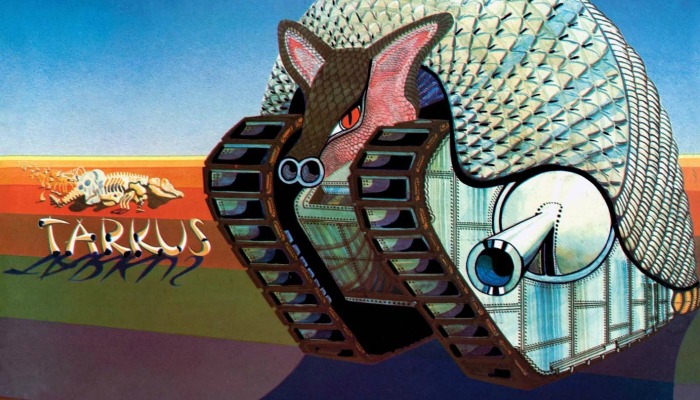 I can’t write about a prog band and not include a side-long monsterpiece in the list. 1971’s Tarkus LP is arguably ELP’s finest, their most fully concentrated and dexterous record from start to finish across its concise 39-minute runtime. Despite the massive ambition and detail in these tunes, the follies to which Emerson would later fall prey are absent here, with each member of the trio on peak form, offering a head-spinning amalgamation of tight art-funk grooves, dizzying allegro ostinatos, and absolutely wicked riffage. Every song on this album is a killer, but side one’s title track is the best, an extended suite of seven smaller tunes linked via Godardian jump cuts. This is one of those prog beasts that you put on in secret for the unsuspecting listener, and their ears are guaranteed to perk up.

Tarkus was a life-changing album for many pop-minded listeners back in the day — one of my dearest friends discovered countless other bands and artists both in and out of the prog zone as a result of following the tributaries from this record, and he and his wife even had a wedding cake shaped like the armadillo tank depicted on the album’s bonkers sleeve (the cake was his wife’s idea). If that isn’t testament to this album’s power, I don’t know what is. This is up there with King Crimson’s Larks’ Tongues In Aspic and In The Court Of The Crimson King, or Magma’s Mëkanïk Dëstruktïẁ Kömmandöh and Üdü Ẁüdü. 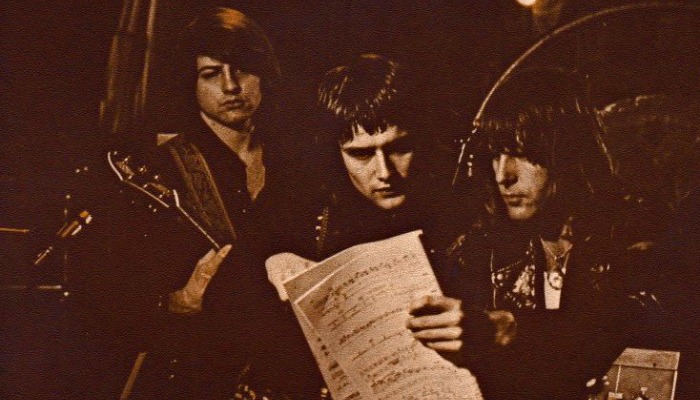 5. Emerson Lake & Palmer
‘When the Apple Blossoms Bloom in the Windmills of Your Mind I’ll Be Your Valentine’ (1973)

Keith Emerson gives good B-side. Originally released as the flip to ELP’s 1973 single ‘Jerusalem’, the loose groupthink exercise ‘When the Apple Blossoms Bloom in the Windmills of Your Mind I’ll Be Your Valentine’ stands as one of the most carefree tunes in the ELP canon, an instrumental jam where each member of the trio takes turns vamping and getting a little funky, with Palmer’s drumming entering straight breaks territory for a rare change.

The tune is really Emerson’s, though – it’s a wonderful showcase for him to whip up some cosmic curlicues on his arsenal of synths, with the results sounding closer to Herbie Hancock circa the Mwandishi years (recorded during the same time period) than ELP’s usual symphonic freakouts. This tune and the last on this list were later compiled on 1977’s underrated odds ‘n’ sods collection Works Volume 2, which featured shorter, looser pieces and more concentrated experiments instead of the lengthier suites and classical works of their proper LPs. 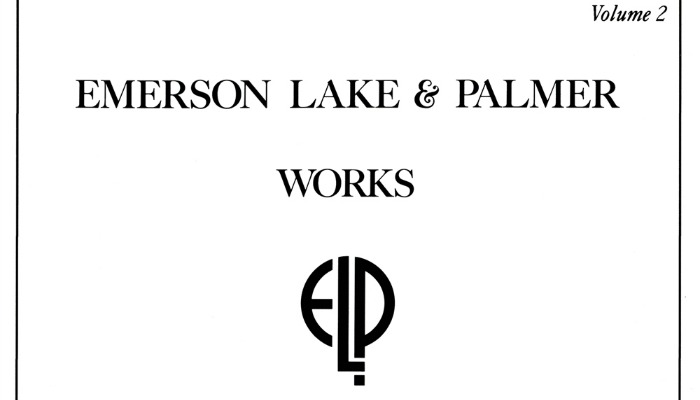 Oddly, 1974’s ‘Brain Salad Surgery’ wasn’t included on the group’s album of the same name, after initially being released on a teaser flexi-disc with the NME and then as a promo-only 45 in the USA. It later appeared on Works Volume 2, and while it’s not the weightiest tune in the band’s catalogue — in fact, it’s on the slight side — it’s still another weirdly funky slice of artpop that delivers some choice breaks, plenty of Emerson synth frippery, and a ragged vocal by Lake with lyrics by poet and King Crimson lyricist Peter Sinfield.

Works Volume 2 is the closest the group ever came to making a proper pop/rock album, and while it’s not their most representative release, it might be their most accessible entry point. Experimenting with offbeat big band crime jazz, synthetic barrelhouse blues, a bit of cosmic space funk, and even fucked up ragtime, this is a document of ELP at their most playful and willfully offbeat. Somehow, the sound of a prog band trying to be pop ends up more subversive and unsettling than their “serious” canon works.

After this, Emerson and ELP recorded one of their most beguilng and reviled albums, the contractually oblilgated kiss-off/piss-off Love Beach, the title track of which is so straightforward in its weird yuppie sentiments that it’s almost prog-yacht. Nowadays, the album seems not too far removed from the sentiments of vaporwavers and nu-Balearic beach bums – it’s so tasteless it seems almost charming.

Regardless, Emerson disbanded the group and went solo, scoring giallo films in Europe and collaborating with Italian horror maestros Goblin towards the end of the 1980s. He moved to California, but reunited ELP at the turn of the ‘90s and recorded a number of increasingly complex solo works and collaborations which tickled the fancies of the prog faithful.

Regardless of where your tastes lie, Emerson was a man of incredible talents and sincere devotion to his fans. Never one to rest upon his laurels, he continued to challenge himself and his playing until his last days. Rest In keys, Keith.

Read this next: The 14 synthesizers that shaped modern music 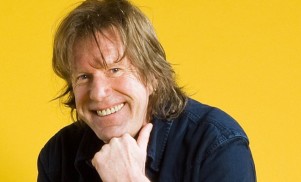 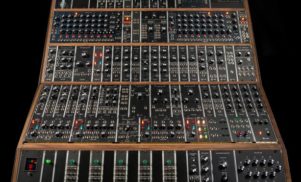