Mercury rising: Gage breaks out of the club on his blistering new EP

Play Gage’s music to an unprepared audience and be ready for some baffled looks.

Despite – or perhaps because of – the shock factor, the Bristol-based producer has found fans among adventurous music lovers of all stripes. His debut single ‘Telo’ landed just as the buzz around instrumental grime hit a peak in 2014, becoming an anthem for the Boxed set despite being slower than almost anything else orbiting that scene. ‘Bad Bitch’, his transatlantic collaboration with ballroom commentator Kevin Jz Prodigy, went even further, blending two markedly different aesthetics while not catering to either club culture’s orthodoxies. This chameleonic approach could lead to compromise in the hands of lesser producers, but it’s allowed Gage to reach a far wider range of ears.

His latest statement Mercury, out this month on Crazylegs, poses a different challenge, bringing his collision of percussion and texture into a grittier context mostly removed from the club. The six-track set finds him exploring heavily distorted industrial sounds and even contains a deranged take on big room bass music – one that will no doubt trigger a few fight-or-flight responses.

Gage spoke to FACT about removing himself from the club setting, pushing listeners to the edge and the personal history behind the sleeve. Check out the first stream of ‘Talons’ Reach’ below and pre-order ahead of its release on April 22.

“I like the idea of challenging people, pushing people to the edge”

When did you start putting Mercury together in earnest?

We’ve taken our time with it. Last year I carried on making dubs but these tracks didn’t happen in a week or two of each other or anything like that. It came together within five or six months of writing ‘Gruelin’’. I felt when I did ‘Gruelin’’ that it was something I could build a release around, and after that I started making tracks that felt more honest than the dubs I’d been cranking out.

The project definitely feels like the result of unifying vision.

I think it developed through personal taste. I spent quite a long time going through sample packs and just slowly finding the ones that I liked, and developed techniques to go with them. I ended up creating a full body image for the project, I suppose. In hindsight, I see it as highlighting the same world from different angles, showing different sides of the same area.

Before going deeper into the music, that’s some of the most bracing cover art I’ve seen in a minute. Where was that shot?

The front cover is my nan’s yard, the back cover is on Shooter’s Hill [south-east London]. I met with Lydia Clifford, who I’ve known for years, for the photography. A few years ago she uploaded these photos to her personal Facebook, they were old negatives that her dad had done that she’d distorted, burnt up and scratched up. When I was thinking about cover art I thought it’d be really cool if I could go back to old places I’d spent time around as a young kid or as a teenager. We went to eight or nine different spots around south-east London and then she did the burning stuff and smashed that, 100%. I spent every summer at my nan’s yard as a kid, and as a teenager every day after school or college, a group of us would just hang around Shooter’s Hill. Nice view of London as well.

It really emphasizes that this record is a clean break. That “burning the past” idea creates a bit of a line in the sand.

A lot of Mercury’s tracks were born out of frustration I suppose. You don’t really realise it at the time, but then you listen back and pick out the signal from the noise and start to develop your own story of why you’ve done something. I’ve been slowly trying to stop trying to make things for other people. That’s what makes it feel quite honest to me, but I still have no idea how other people are going to react to it, which is exciting to me, I like that a lot. You grow up as a person and start exploring different stuff. What you create will change and develop as you do. 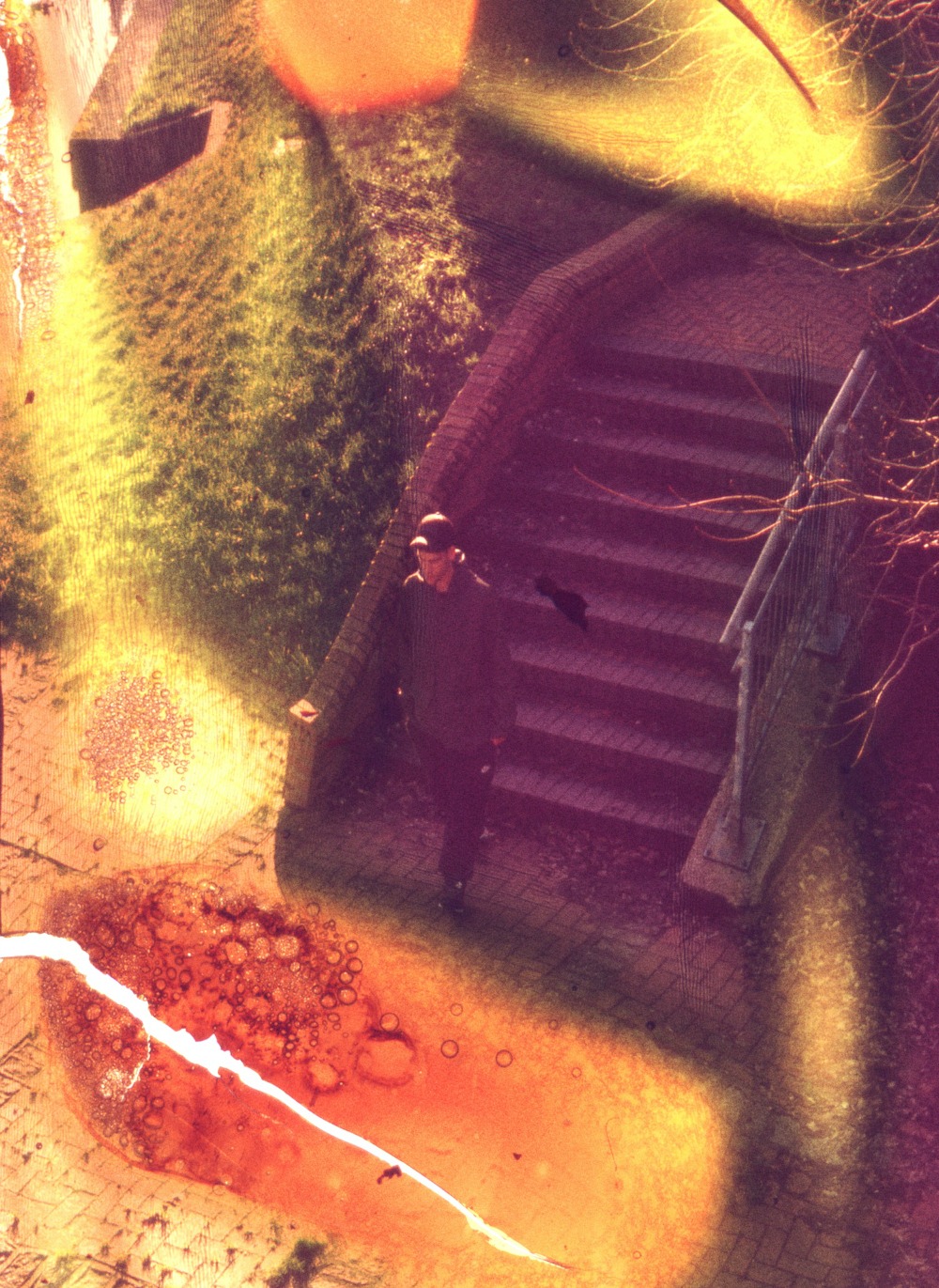 “It’s not about a bigger picture, it’s all inside my head”

In terms of not making stuff for other people, were there any musical ideas where you thought, right, I’m not doing that this time?

I still make club tracks and functional music. Some of my favourite records over the past couple of years have been unabashed dancefloor music. It just didn’t feel right when I was creating this record though. See, I made the record in Bristol. I’d saved up a bit of money living in London and moved back to Bristol to focus on it, but for four or five months I didn’t have a job, so I was skint the whole time. I was physically removed from club settings, as opposed to when I made ‘Telo’ and ‘Bad Bitch’ when I was a resident at a club in Bristol and playing out quite a lot.

The bedroom’s just a whole different context. It started to create itself because of that, I think – that physical separation from club spaces. It wasn’t a permanent thing though. I still go to the club and have a mad time at the club, but that’s probably the reason that this EP isn’t 100% geared towards it. I haven’t tested any of it yet except ‘Gruelin’’, I played that at Dance Tunnel and it was the reaction I was looking for – a bit of confusion I suppose!

You said you were avoiding making music for other people, but are you concerned about the context it gets placed in? ‘Telo’ was sped up quite a lot by grime DJs.

Yes and no. I think that record was part of something where I was experimenting with what I knew. At the time I was playing predominantly house and techno but grime was what I grew up on, which is why you still hear quite overt grime references in the tracks that I make. I don’t mind what my music gets labelled as since I’m not labelling it myself. It used to frustrate me a little bit but honestly, you can call it whatever you want. I have no problem with that.

You mentioned dealing with personal frustrations, how has that played into the record’s direction?

It’s really easy to get caught up in a hype with social media. You’re living through a proxy, a lot of people are. Then on the other hand there’s things happen in real life that make you a bit disillusioned, and make you question what’s important. In a way, music is a release and the whole process is really internal. It’s not about a bigger picture, it’s all inside my head. 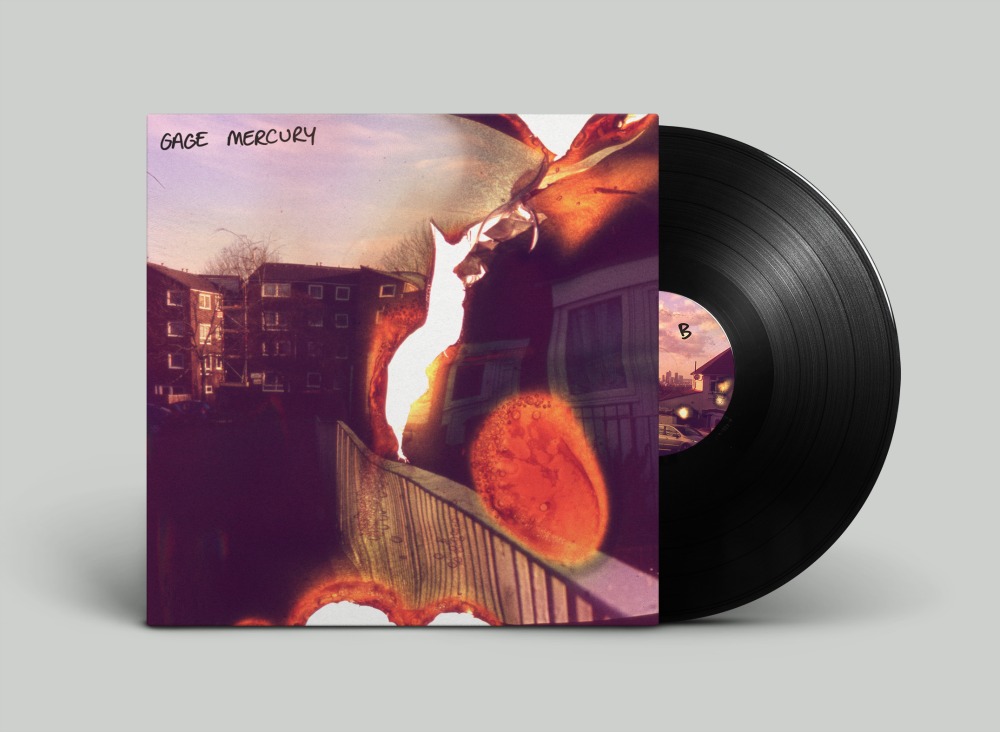 “Everything you take in, positive or negative, will have an influence”

How did the sense of grit and texture on the record come together? You mentioned going through sample packs – I can’t imagine any of the finished sounds on the record sound like the original sources.

There’s a few different FX chain processes that I learned over time just messing around in Logic. There’s some you’ll try and it’ll sound dead but eventually you start working them in and it’ll create an interesting sounding project. I know it sounds quite gritty and dirty. I like distorted and abrasive stuff.

It brings out a different quality to it. I’ve seen your music described as “oddball” or “off-kilter” but this is too intense for that.

I like the idea of challenging people. That hasn’t changed, the idea of pushing people to the edge. Except now I’m trying to explore my own ideas to the extreme, so it might be way past the edge for a lot of people, and I have no qualms with that. I’ve always tried to make music like this. I just didn’t have the technical abilities, it didn’t sound convincing when I tried. Whenever I start a track, depending on how I feel, it’ll be on a gradient in between purely weird and purely club. This EP is different gradients along that spectrum.

One thing I should probably state is that I didn’t listen to much incoming music while recording this. Everything you take in, positive or negative, will have an influence. If a bird hit my window and I tried to make a track, it’d have an influence, no matter how miniscule. So with music, I didn’t want to shift the focus or where my mind was while making these tracks, so I avoided listening to music.

You made this record in Bristol, but you’ve since moved to Manchester. How are you finding that move in terms of creative space?

The city is ace. It’s really good. I’ve only been here for just over two months but I’ve been out a bunch of times. Swing Ting is the best club in the UK. The reason I’d moved to Bristol was that I needed to clear my head due to things happening in London and I knew I’d get things done there. I needed to finish this EP, but now that it’s done, Manchester is great.