Fugazi have ended their 13-year hiatus in the lead-up to the US election.

Without endorsing either Hillary Clinton or Bernie Sanders, the legendary post-hardcore band have announced they are taking a stand against the “utter horror show” of the Republican primaries in the wake of Donald Trump’s success, revealing that they have recorded a politically charged five-track EP called 5 Songs, due out on Dischord later this month.

The EP features previously unreleased track ‘Heart on My Chest’ as well as a re-imagining of ‘Epic Problem’ from their final full-length The Argument, as frontman Ian MacKaye revealed in a Snapchat shared by fans. ‘Epic Problem 2016’ also features G.O.O.D. Music artist HXLT, whose recently released self-titled debut featured a guest appearance from similarly legendary punk icon Kathleen Hanna, who is rumored to have introduced HXLT to Fugazi’s Ian MacKaye.

While the band’s Guy Picciotto has often reminded fans that band never technically broke up, as they’re still working on their constantly updated live archive, no one was expecting to hear any new material from the D.C. four-piece again. But MacKaye, Picciotto and drummer Brendan Canty decided to “bury the hatchet in the face of the political tumult”, as MacKaye explained, to record the EP at bassist Joe Lally’s home in Rome. The EP was mixed and mastered at Dischord hub Inner Ear Studios by Ian’s brother Alec MacKaye.

The band are now slated to take part in a concert in Washington D.C. this summer, echoing their 1991 protest gig in front of the White House, with guests Run The Jewels, The Julie Ruin and The American Dollar.

Update: This is not a Fugazi reunion.

Sorry, folks – this was our April Fools’ gag this year. As vital as their words and presence was during their time as a band, their legacy endures because they’ve maintained the sanctity of their active years, so even though many FACT jokes have come true in the past, we kind of hope this one doesn’t.

Out to HXLT for playing along without us even asking. 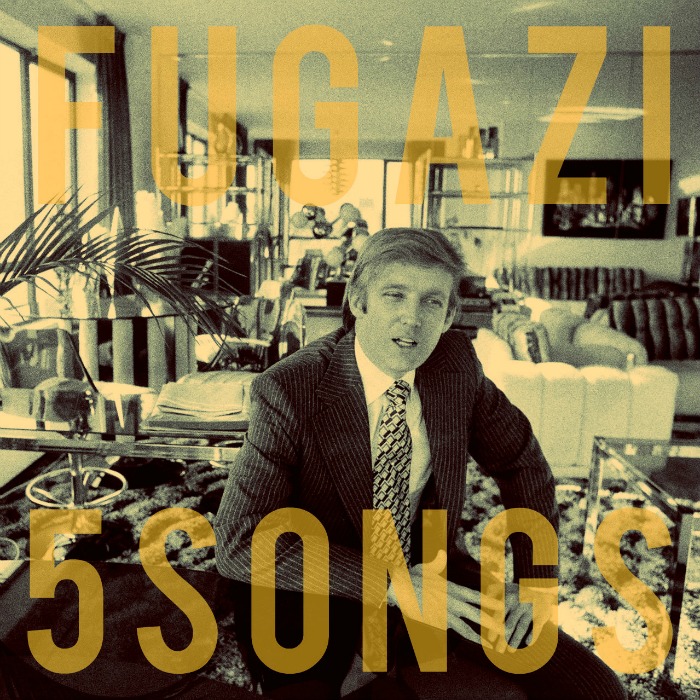