The P-funk veteran gets a hand from an old pal.

David Byrne has remixed a track by Bernie Worrell to raise money for the Parliament-Funkadelic co-founder’s cancer treatment.

‘How Does The Brain Wave’ is a track from Worrell and Prince Paul’s project Baby Elephant, is available to stream and download, along with a Jamie Lidell remix too, with all proceeds going towards Worrell’s medical bills. The keyboardist is currently fighting prostate cancer and stage-four liver and lung cancer.

Byrne and Worrell go way back – the P-funk originator joined Talking Heads in the 1980s, performing on Speaking In Tongues and heading out on tour with the band (he appeared in their must-see concert film Stop Making Sense).

Byrne wrote about Worrell on his website: “Bernie is classically trained (as well as having perfect pitch I’ve heard him improvise with the sounds of traffic), so he brought those skills to the Afro-Futurism of the P Funk universe… a bit of keyboard cosmos into the funk chants and beats of that world that made it what it was.

“I learned a lot from that music, and of course from the time spent travelling and playing with Bernie—wordplay, musical attitude and lot more. He informed the musician and composer I was to become.”

Along with his remix, Byrne created the artwork (below) and is organising an auction of original artwork and autographed instruments to raise money. He’s also encouraging fans to donate directly to the Bernie Worrell Fund. [via Pitchfork] 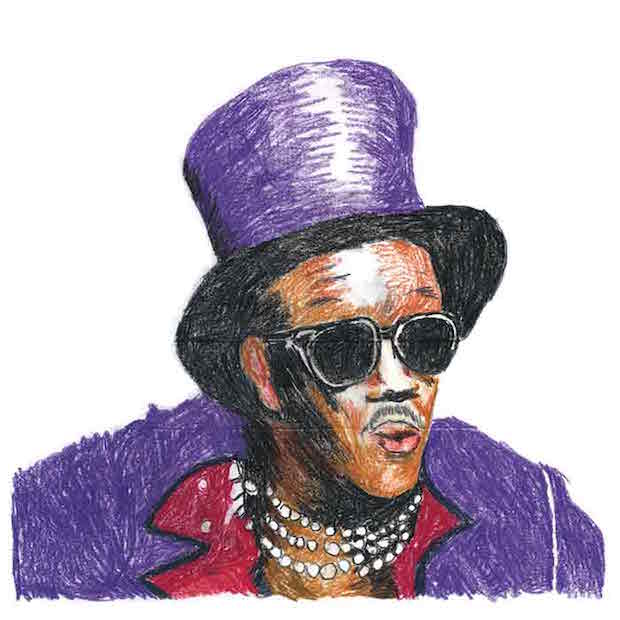