The book tells Kurt Cobain’s story through the lens of his imaginary friend.

Nirvana frontman Kurt Cobain’s life and death will be examined in a new graphic novel from comic published IDW this fall.

Who Killed Kurt Cobain? comes from artist Nicolas Otero and is inspired by Heloise Guay de Bellissen’s French novel, Le Roman de Boddah, a meditation on Cobain told through the eyes of his imaginary friend Boddah, who he famously addressed his suicide note to.

The title is somewhat of a misnomer (thank fuck) — this is not the work of another obsessive murder conspiracy theorist. Rather, Otero seems focused on depicting Cobain’s struggles with depression and addiction with his eventual suicide being essential to the story.

Though he is a fan, and even saw them in concert, Otero doesn’t identify as a Cobain devotee, saying that emotional distance helped him tell his story better.

“I loved their music, and I still love it, but Kurt wasn’t a role model or an icon for me,” he tells The Washington Post, “I wasn’t afraid to break down barriers, showing him at his lowest or under the influence of drugs — pathetic sometimes, manipulated, always on the edge of his emotions.”

The graphic novel is expected in October. Take a look at the cover below. 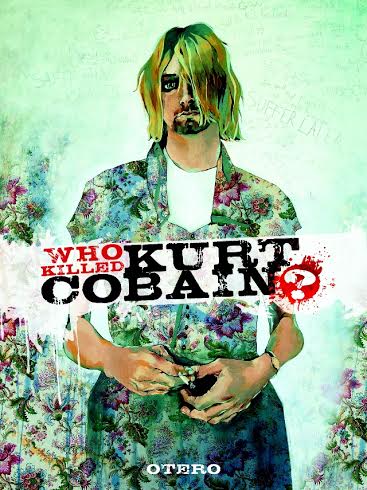