The dark futures of countless films, novels and songs – from Akira, Bladerunner and Westworld to Neuromancer, Tubeway Army’s ‘Replicas’ and Radiohead’s ‘Idioteque’– seemed remote. Though these works of fiction passed comment on contemporary society, the worlds they depicted still felt vaguely improbable. But now the future’s here. And with its threats of robots making human workers obsolete, widespread political corruption, automated destruction and weird ideas of the Singularity, it’s an unsettling place to be.

Silk Road Assassins are its soundtrack. A trio of producers based in Bath, they create the kind of beats that would give William Gibson nightmares. Evocative of monstrous skyscrapers gleaming in the night and flaming neon horizons, SRA make music with a creeping dread, like cold metallic fingers across your spine.

They first came to light when their cut ‘Shaded’ was included on experimental electronic label Planet Mu’s double decade compilation, 2015’s Mu 20: a shock of grime beats, glinting techno angles and the snapping of surveillance cameras. But their debut EP Reflection Spaces (at seven tracks, we’d call it an album) is a far deeper exploration of that singular mix. A blend of ideas that few others have really tapped into yet.

SRA all studied music technology. Tom E Vercetti (real name Jack Campbell) and Chemist (Callum Jones) were already friends in their hometown of Coventry, and met Lovedroid (Sam Crossley-Lewis) in Bath. They bonded over mutual musical taste, but also a passion for retro video games.
“We all came together one night and said we’d try and write a beat together, didn’t really think much of it, just the process worked really nicely,” Sam says. “We’d spend a lot of time playing really bad video games. And one we were playing on the night we wrote that beat was called Timesplitters 2. That was actually our original name. Or we were gonna be called Time Bandits, but obviously that’s already taken!” Their actual moniker is a reference to the infamous online contraband site, which sold drugs and guns and whose owner allegedly hired hitmen to take out his enemies.

Silk Road Assassins came to Planet Mu’s attention through Jamie Teasdale, aka electronic artist and Mu alumni Kuedo. He heard some solo material by Chemist, the Defiance EP on Coyote Records. “He messaged me in 2015 about my EP saying he really rated it and asked for tunes,” Callum says. “I sent him some tunes over and then I thought, why not, I’ll send the Silk Road stuff. He really rated it, and then Mike [Paradinas, Planet Mu boss] hit us up. It happened from there.”

A sense of menace haunts Reflection Spaces — a feeling of not knowing what’s round the next corner. But there are passages of melancholic beauty, too, like the track ‘Citadel VI’ with its deep blue synthscapes reminiscent of Blade Runner soundtrack composer Vangelis; a different side of Silk Road Assassins’ clear sci-fi fixation.

“It was definitely a conscious thing to combine the soundtrack stuff with club music, it’s something we aim to do,” Jack says. “When we’re writing the aim is to ‘build’ a city with sound. It is a very Blade Runner, cyber punk, futuristic kind of thing. I’ve always been into sci-fi. A lot of the media we consume in terms of films, games, even music, is very sci-fi based. It’s something we’ve got a massive interest in.”

“We literally take from everything, video games, soundtracks,” Sam agrees. “We’ll be sitting watching films, Alien, that kinda stuff, and it all comes together.” 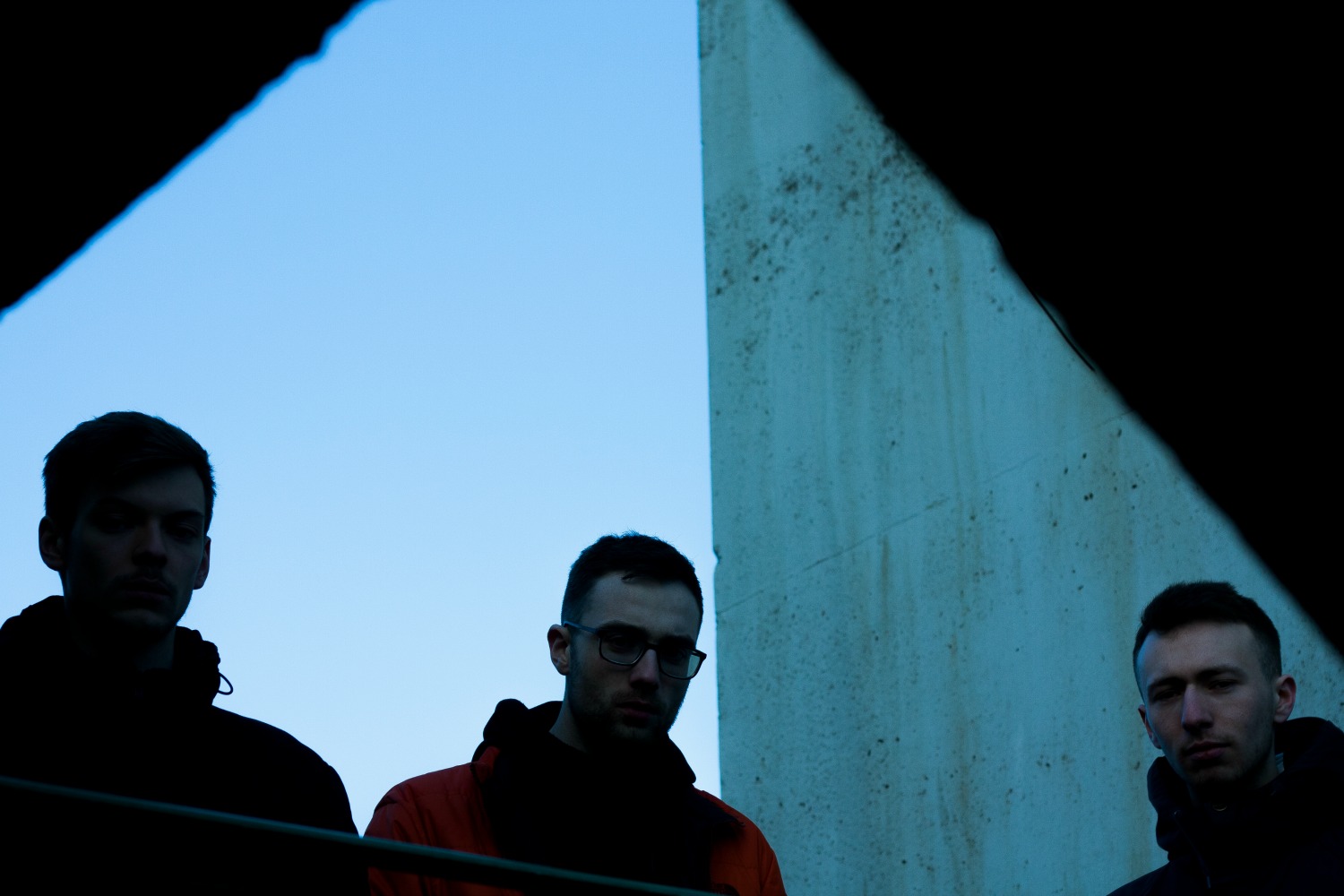 While grime and ambient electronics are a key component of their soundbed, Reflection Spaces also taps into trap: slow and low drums and 808 sub bass booms are the underlay for a digital mesh of gated trance synths, distant bells and intensely atmospheric effects. While they might have started out influenced by grime — the kind of ambient material made by Logos, Mr Mitch or Rabit to name a few — it’s trap that is currently floating their boat, albeit the most musically out-there variety.

“You mention weightless grime — when we first started writing, at the time that stuff was really popping and really interesting, inspiring as well,” Jack says.

“Now, in terms of the Memphis-style slow rap [I like], these guys are gonna hate me for mentioning him but SpaceGhostPurrp,” chips in Sam, the real trap enthusiast of the trio. “He’s got a nasty lo-fi edge to a lot of his beats, and I know he’s fallen off the grid and got a bit crazy with his Twitter presence, but those beats for me started off a lot of the other rap stuff that’s happening. He was the guy who started it and he had a lot of rap collectives. He’s just been relevant for quite a while.”

Callum, meanwhile, mentions man of the moment, Metro Boomin. “He’ll give beats to anyone he rates, so a lot of underground rappers will have Metro beats that are just crazy. He’s got so many beats out there. They always stand out.”

Though their EP is entirely instrumental, rap beats are something Silk Road Assassins are keen to make their mark on. They’ve been working with Chicago MC Mikey Dollaz, with an EP set to drop soon, and have other plans in the pipeline. A different discipline to making their more ambient instrumentals, it’s something they’re increasingly getting the hang of.

“That’s where we’re focused, making beats for rappers,” Sam says. “But we try to put our stamp on everything so it sounds authentically UK. I also feel like there’s a clear division between when something is going to be a rap beat or when it’s going to be something for our next EP or album. It’s easier in a way ’cause you don’t have to go into so much detail, if the tune is going to be covered with vocals. We just finished a beat now and we started it yesterday. That usually wouldn’t happen.”

“It’s also really formulaic making rap beats, compared to the material we made for the EP,” Jack adds. “Rap stuff, you have to follow rules. The mixdowns are a lot different as well. Trying to carve out the space for vocals, putting stuff in the background. It’s a new thing to learn.”

The crawling drums and low frequency rumbles of Reflection Spaces conjure a sense of a society slowing towards entropy. Yet the backdrops are so detailed and rich, they can’t help but create pictures in the mind’s eye, something that the group says comes from their immersion in the virtual worlds of video games, both sonically and visually.

“On our course me and Jack were allowed to take a module on video game audio, so we thought why not try to build a game,” Sam says. “We spent quite a lot of time developing this level, and it ended up as our final project. We learnt a process, and then designing a sound for those different areas was inspiring to us.”

Silk Road Assassins are just getting warmed up, with a remix of Last Japan and another 12” coming soon. The future never sounded so good.