Fetty Wap is wasting no time collecting the one-offs he’s been releasing steadily since his self-titled debut.

His latest single ‘Wake Up’ is another in a slew of cuts the Patterson native has been unearthing. Whether any of the other tracks are slated for his second full-length is still unknown, but according to press release, the album should be ready for the fall.

Fetty has dedicated ‘Wake Up’ to the graduating classes of 2016. He’s released it with a special message, which you can read below. 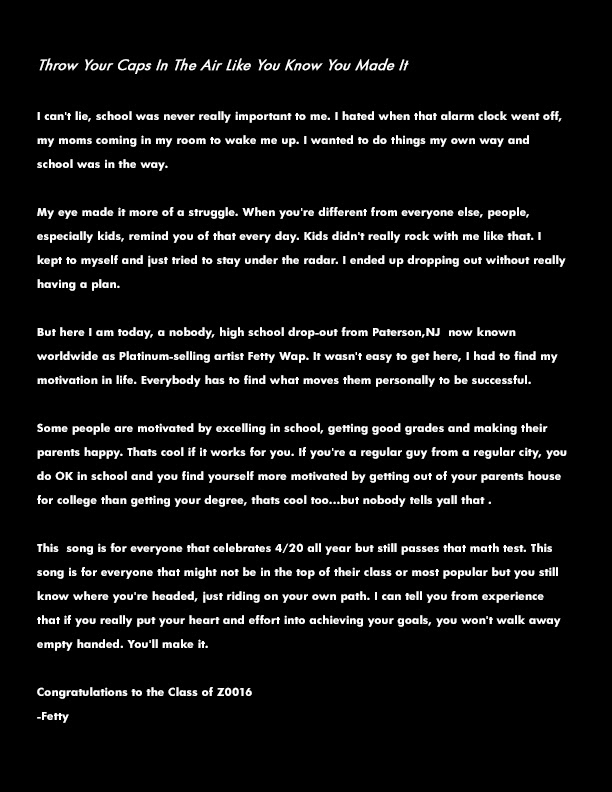