Prince versus the internet: The love-hate relationship that predicted the future

Prince wielded an iron fist over his catalogue and his public image. But while his quest for complete control often found him rowing against the tide, he was the first pop star to grasp the magnitude of the digital music revolution, argues Dean Van Nguyen.

Prince Rogers Nelson has left Planet Earth, but ours was a world he could barely claim residency in. He’d long since hyper-swerved over a couple of dimensions, seared the landscape with a party apocalypse, and created his own utopia built on dance, music, sex and romance. It’s a world where a purifying dip in Lake Minnetonka doesn’t mean washing away your sins, but loosening your shackles. A highway of red Corvettes and customised Honda bikes. A skyline of erotic cities and graffiti bridges, an adornment of pink cashmere and raspberry berets. Our mode of transportation there is the art he made. What Prince allowed us to see and hear mattered. He passed away having never once taken a bad photograph.

Prince wielded a firm control on his own mythos, and this extended into the digital realm. As the news broke that His Royal Badness had delivered his final sermon, news websites and social media users rushed to their usual sources to share his music. But even the internet’s deepest, darkest caverns – or Dailymotion – could barely yield a concert clip, a scene from Purple Rain or a pixelated video for ‘Sexy MF’. Wrestling the internet is like trying to put a waterfall in a headlock, but Prince brandished an iron fist when it came to his online legacy. Dust was blown off a lot of vinyl in the hours after his death; CDs removed from their shattered jewel cases. We still had to listen to the music on his terms.

Hitting the big round play button on a stereo feels quaint these days. The internet has had a scorched earth effect on music distribution. Prince engaged in a Red Sox-Yankees-like rivalry with the web, simultaneously fighting and embracing the digital revolution. He was a pioneer and a heel-digger in one. His output had always teased the possibility of a computer revolution, arrangements rumbling and humming like blood pumping through an cyborg body. 1983’s ‘Something In The Water (Does Not Compute)’ is part James Brown, part Philip K. Dick, while ‘International Lover’ rings with the synthetic beauty of an R&B ballad powered by an Amiga processor.

“I’m not a woman, I’m not a man / I am something you will never understand,” were his famous words of liberty. As he fluttered between the margins of genders and genres, he also boasted the power to exist in a digital space. Part of that indefinable existence was being a cyborg chanteur. The Gold Experience, released in 1995, is separated by segues of Prince-conceived computer programs which, it’s imagined, can be uploaded into the listener’s consciousness (“the beautiful experience”, “the now experience”, etc) – an Asimov intelligence that could emerge from a 56k modem and control your entire hard drive.

Prince’s broad 2010 declaration that the internet was “completely over” was easy to splash across print newspapers. The framing of the story was often that he was out of touch, but that was an injustice to the man who had released online-only albums as early as 2003, and invited fans to subscribe to his NPG Music Club in 2001 (which won him a Webby Lifetime Achievement Award) and later the LOtUSFLOW3R initiatives with the tantalising promise of exclusive music. Xpectation, The Chocolate Invasion and The Slaughterhouse are among the records in his ‘00s canon that were never available in your local record store. The middle-men were cut out of the process as Prince exploited the internet’s emergent capabilities to get his music straight to fans. 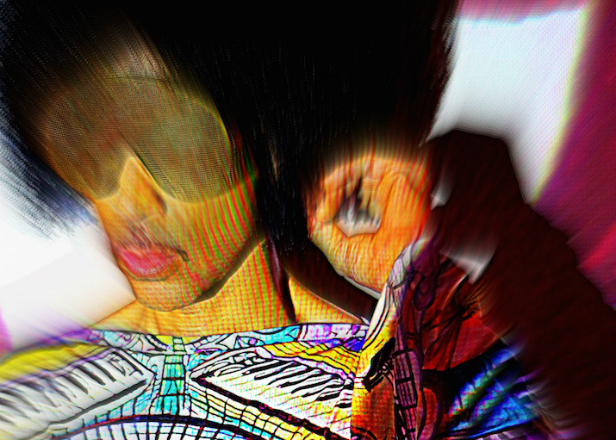 The lack of access seemed part of the great work Prince was performing, even in death

With traditional distribution barriers torn down, it’s since become completely usual for artists to sell direct to their fans, while performers at the highest peaks of pop music are dropping albums online at no notice. Prince’s early digital offerings predicted all this. Seeing the landscape shift coming, he tested the footing of the soil.

As much as he drew hardcore fans in, Prince attacked and alienated others. He insisted that home videos with even the smallest snippets of his music be pulled offline. He attempted to sue his own fans for making decades-old concert recordings available to download. Seeing a sea of camera phones at live gigs can be annoying as hell, but Prince went further than most to stop the flow of footage to YouTube by outright banning amateur filming of his shows, ordering smuggled clips to be taken down. Any videos that did emerge felt like dangerous contraband. We jumped on our laptops and watched clips of the Coachella 2008 cover of Radiohead’s ‘Creep’ as quickly as possible, before he had a chance to tell us off what we’d done. This harsh approach has also been employed by artists like Yeah Yeah Yeahs, Björk, Jack White and Kate Bush, who have all explicitly banned filming at their gigs.

Of course Prince distrusted the internet. In the early ‘90s, when the web was still in its infancy, he went to war with Warner Bros to gain complete control of his output, changing his name to a symbol and writing “slave” across his face in public in an attempt to force the label’s hand. The internet’s rise was a fresh threat to that control; piracy became rampant, and monetising music was harder than ever. For his part, Prince never stopped testing new ways of releasing his songs. He released whole albums as free cover-mount CDs on British newspapers. And, after a period of neutrality, he chose a side in the streaming wars, placing a huge chunk of his back catalogue exclusively on Tidal last December.

It makes sense that Prince would be drawn to Tidal. The streaming service launched with a manifesto that seemed like the next step in what he’d been fighting for – the liberation of musicians from their industry shackles, and a digital platform that promised to throw some real dollars at the talent it showcased. But, like other members of the pop elite who’ve released albums exclusively through Tidal (or Apple Music, in some cases), Prince left himself exposed. As much as A-list releases like The Life of Pablo have boosted subscriber numbers, they’ve also been heavily pirated by fans not minded to make the leap. Prince passed away with streaming still in its infancy, aligned with the company that he deemed worthy of his work, and his fans had no chance of changing that. Still, without explanation, last year he released the track ‘Stare’ as a Spotify exclusive. Right to the end, he couldn’t be pigeonholed.

Twitter has allowed us a glimpse behind the velvet curtain of celebrity, and what we mostly see is the dull minutia of their everyday lives, or artists plugging their latest products. Prince’s communications to his fans, however, only seemed to further his mercurial legend. There was the Facebook Q&A that only lasted one question; the numerous deaths and rebirths of his social media accounts; official videos he’d pull offline almost as quickly as they’d been posted. Prince used the internet to tease and enthral from his Paisley Park control room; it was all part of his artistry. What he allowed us to see and hear mattered.

When the first articles after his death came with lossy audio clips, you couldn’t help but smirk. The lack of access seemed part of the great work Prince was performing, even in death. He used technology as both a colour and the canvas in his huge pop masterwork, existing forever in our hearts, minds and hard drives.