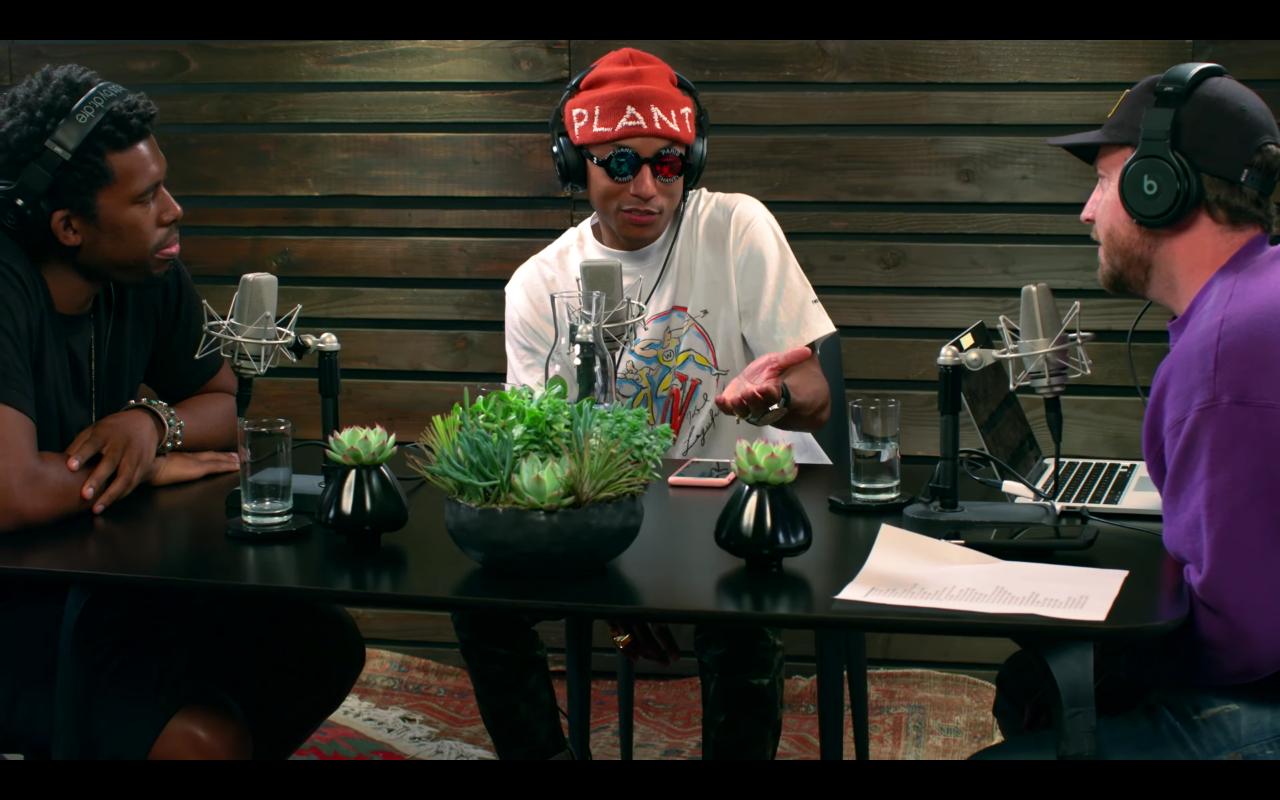 As long as the beat’s hitting.

The trio discuss the current state of hip-hop in the show, and have shared a video of part of the conversation ahead of its broadcast today at 3pm EST via Apple Music’s radio streaming service.

The shared segment kicks off with Vener asking if hip-hop is in a good place right now leading to an interesting discussion of the shifts that the music has seen over the past decades both lyrically and sonically, including the growing importance of the producer in the conversation. Flying Lotus and Pharrell both argue that the current state of things is a reflection of the changes the music has always gone through and that fighting it is to refuse progression.

Flying Lotus, real name Steven Ellison, begins by admitting that this is a difficult conversation to have before stating that there is space today “for all kinds of different lyricists” and that “as long as the beat’s hitting” things are ok. Pharrell for his part makes the case that we shouldn’t get caught up in “how the system used to be” and that today’s rap reflects a reality where people would rather feel good than hear a story.

Watch the conversation below. The live broadcast will also feature a guest mix from fellow Los Angeles producer Nosaj Thing, who broke out from the city’s beat scene alongside Ellison in the late 2000s.