The electronic singer/songwriter’s long-awaited new album has a title.

James Blake’s third album will be titled The Colour In Anything. After sharing images of a mural featuring the title last week, a new billboard in Brooklyn places Blake’s name right alongside the phrase and new artwork.

The billboard was spotted in Williamsburg at N 15th and Banker, Pitchfork points out. The design shares a similar colour washed style to the previous mural which featured art by Roald Dahl’s famous illustrator Sir Quentin Blake.

Little information about Blake’s next LP is known, other than it’s finished and one of the songs is 24-minutes long. 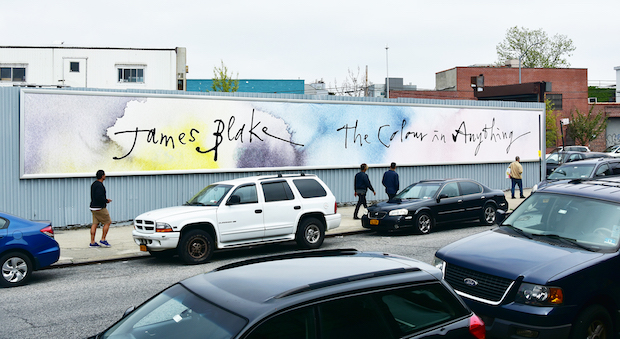