How the secret in David Bowie’s Blackstar sleeve was discovered

The secret of Blackstar’s starfield revealed by the man who found it.

Earlier this week one Reddit user sent Bowie fans scrambling home to try and uncover a secret cosmos, hidden in the sleeve of Blackstar.

Released just days before his death, Bowie’s final album has been shrouded in mystery. This latest bonus detail was discovered on gatefold sleeve, which features a star-shaped cut-out that, if exposed to sunlight, reveals a constellation of stars.

How did it take four months to unveil this secret? Dwaine Butters, the man who made the discovery, isn’t sure either: “I still cant believe I’m the first person to realise this little trick,” he told The Vinyl Factory.

“I was sat listening to Blackstar, reading the lyrics in the book. I then picked up the sleeve to look at the prints on the inside and on the front cover. That’s when I noticed a slight gold mark in the Blackstar so I held it up to see if it was a print mistake and that’s when the whole star filled with the gold stars. I knew right away it was because the sunlight was passing through the back of the front cover.

“If people would like to see it, it’s as simple as removing the record from the sleeve so that the cut-out black star is not obstructed then holding it up to a light source with the gatefold open.” 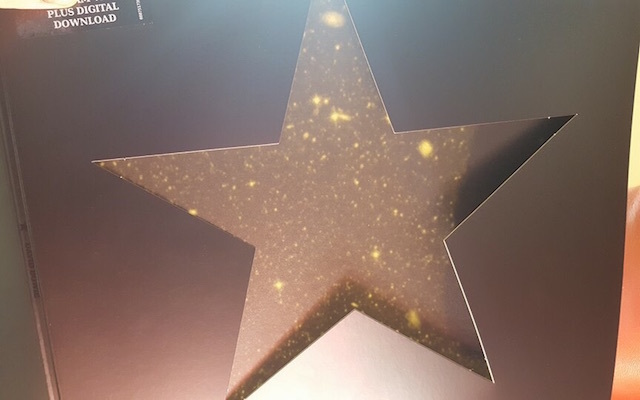 There’s been some debate about whether the design feature was intentional or not. Bowie’s son and film director Duncan Jones was apparently unaware of the trick, saying his father was “so clever” and “so missed” after the starry surprise was uncovered.

According to Butters, a friend of his spoke to sleeve designer Jonathan Barnbrook who confirmed its intent. “He has confirmed that I am the first person he knows of to notice it. Which is kind of surreal. It’s even more surreal how much it has been shared around the world. It just goes to show the impact one man had.”

Leaving us surprises even now.
So clever. So missed. https://t.co/OEsNHz0F3S

[Originally posted on The Vinyl Factory]