A mix of summertime bangers from UK funky pioneer Cooly G sits at the top of this week’s list, along with an equally thumping selection from The Hague’s finest, Legowelt. There’s also room for selections from rising Australian star Mall Grab and Discwoman’s Volvox, who showcases her South American take on techno.

Ahead of her set at The Yard in east London later this month, Hyperdub stalwart Cooly G has thrown together a sizzling hot banger of a mix. Firing up a selection of choice UK Funky-ready beats, with bass dips and drums tripping over themselves in a flurry of highly danceable shapes, this is a fortuitous blend to seriously get you in the mood for summer.

Legowelt puts out more records in a year than an average pressing plant, but DJ mixes from The Hague’s finest are actually quite uncommon. This selection for Thump’s new mix series is a reminder that he’s a fantastic DJ as well as a demon in the studio, combining his own smudged beats with lo-fi crunch from MGUN, Seven Davis Jr, Paranoid London and more. A lot of the tracks here are pretty recent, but in Legowelt’s hands they sound as if they’ve come from another dimension. 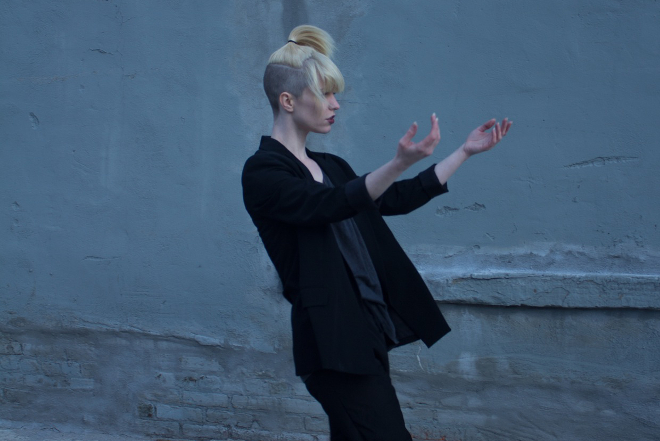 A member of the female-identifying global DJ crew Discwoman, Volvox has crossed continents to serve up a rough-around-the-edges blend of South American techno. Frothing with mulch and spiked with the kind of goth-industrial sensibility that is the DJ’s USP, for a scuzzy, syncopated snapshot of Sao Paolo’s electronic music scene, look no further. Listen at the RBMA Radio website.

J.S. Aurelius
the music is whatever 2

Rabit’s Halcyon Veil label continues to explore uncharted sonic territory with its latest mix, a 30-minute set of ear-splitting drones, jagged beats and prickly textures from Phoenix musician J.S. Aurelius. The mix contains plenty of forthcoming material from his Ascetic House label, as well as unreleased cuts from cybernetic club titans Amnesia Scanner and 1080p’s Via App, blended into a whirlwind of club styles that’ll have you gasping for air by the end.

Rising Australian artist Mall Grab follows up his recent singles for 1080p and Church by heading up the latest Phonica mix, mixing up an hour of summer time deep house jams. If you’re a fan of Galcher Lustwerk’s warm grooves and the glittering melodies of the Smallville crew, this mix is sure to hit the spot.

Bronx-born DJ Jasmine Infiniti is an indispensable part of NYC’s vogue house scene and this mix of “cunty dance trax” sees her well-deserving of her Queen of Hell title. Limber up with writhing global bass rhythms and darker-hued bleep techno.