Japan has cat cafés but this cat lives in a record shop.

New Zealand record store Vinyl Destination has taken to Facebook to defend their 15-year old deaf cat Callaway, The Vinyl Factory points out. The cat is such a popular store mascot, he has a Facebook fan page that with over 500 likes (including one from this FACT staff member).

The store not only sells records, comics and toys, but also coffee, which led a customer to leave an online complaint about Callaway in the presence of food. Owner Luke Wormald told the NZ Herald he had been receiving Facebook messages that people around town had been saying he “shouldn’t be allowed” to have a cat in the store. Before long, someone posted to the shop’s page saying: “[T]his is terrible, this is a cat in a place where you sell food.”

Wormald continued: “I said ‘Hey, we don’t sell food’ and he came back saying: ‘This is very unprofessional, it’s disgusting. I’ve been in this city for 15 years, etc.’ I basically told him to get a life. Two hours later, I get a call from the Council saying they’ve had an anonymous phone call complaining about the cat.”

Fortunately for Vinyl Destination, the City Council informed Wormald that he is, in fact, allowed to keep a cat in the shop. 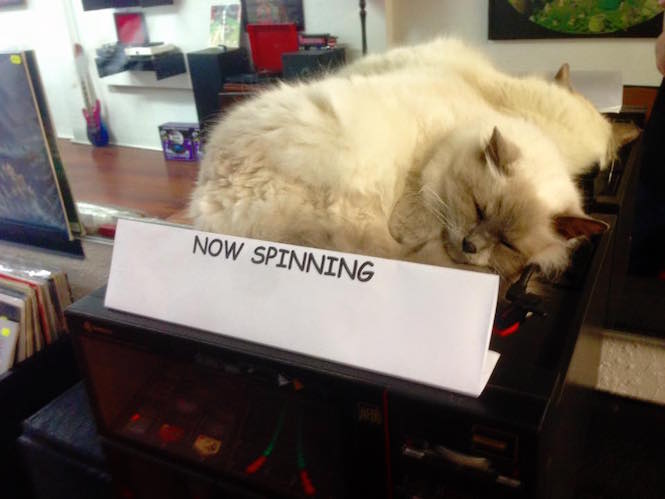 According to Wormald, Callaway can stick around because “legally all cafes are allowed to have a cat on the premises for the purpose of rodent control,” adding “we don’t sell food and our coffee is takeaway only, pretty hard for him to sneeze on your flat white that way.” 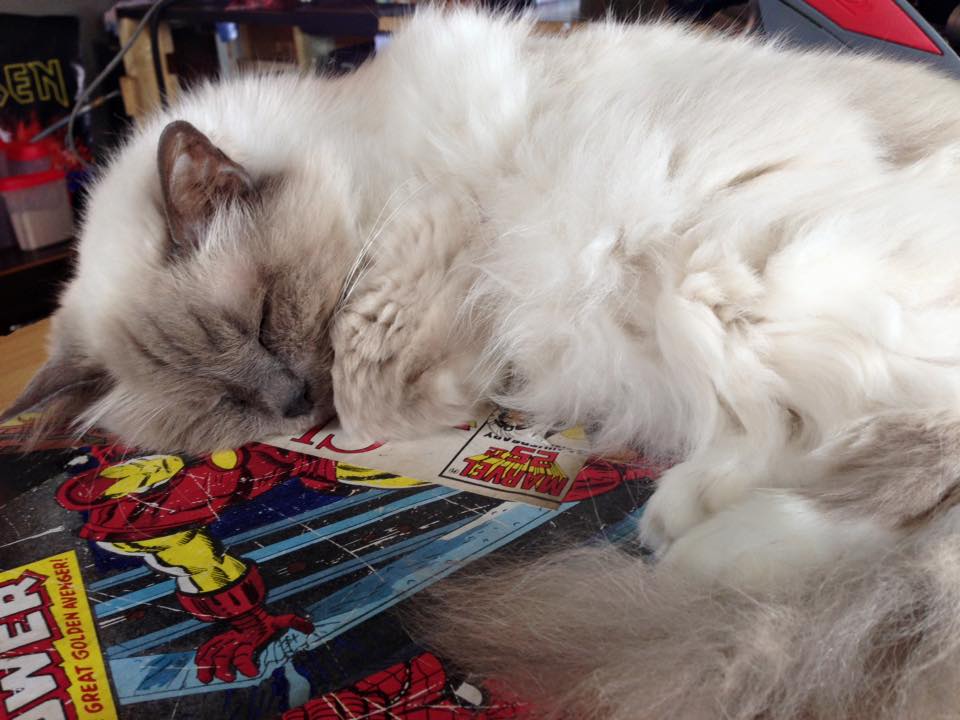