These headphones scan your ears to create a unique listening experience 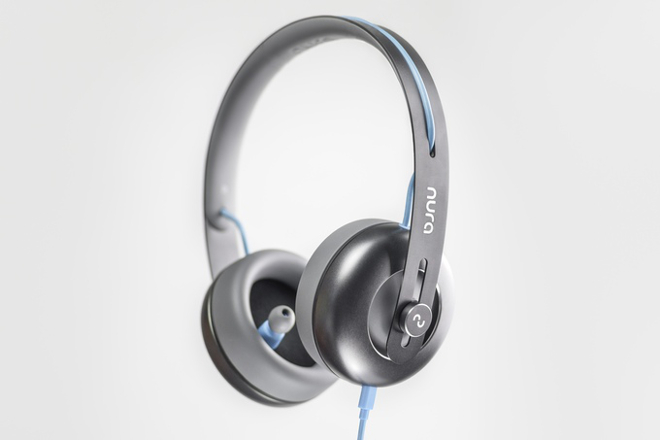 The Nura headphones map the inside of your ear to deliver sound tailored to your hearing.

An Australian start-up called Nura has just launched a Kickstarter for a pair of headphones the company claims measures your hearing and creates the perfect sound for your ear.

The headphones achieve this with microphones inside both earpieces, which pick up the vibrations emitted by hairs inside the cochlea when they respond to sound.

Nura’s technology plays 60 seconds of sonic frequencies into your ear, then picks the cochlear vibrations up and uses the information to determine how well your ears hear different sounds.

The headphones themselves have a unique design combining a headphone cup with buds inside, which Nura says offers the bass response of over-ear headphones with the clearer higher tones of earbuds, even at lower volumes.

The technology means that other users will have to have their ears scanned the first time they use them, but the headphones can recognise a registered user by playing a two-second test tone.

FACT had a hands-on test with the headphones last week and the technology meant that recognisable tracks sounded completely transformed.

A Bjork track saw hi-hats brought out of the original mix and made far more audible, layering back the middle frequencies, though our time with the headphones wasn’t enough to draw firm conclusions.

The separated design of the headphones was the most obviously successful aspect of the product, which stopped the bass from eating up the higher frequencies.

Nura’s headphones are now available to pre-order on Kickstarter, and start at $179 for a pair. The company expects to deliver the finished product in April 2017.