Mune is a wireless instrument launching on Kickstarter soon.

Canadian startup Mune has previewed a new MIDI controller, which it says combines the convenience of a digital device with “the soul of a traditional instrument.”

The Mune has been designed with live performance in mind, and can be held by the performer to face the audience like a guitar or a small harp. It also features wireless connectivity, so the performer doesn’t need to be physically tied to a laptop to use it.

The instrument’s short video preview doesn’t offer any detail on how its 24 touch strips and accelerometer are meant to be played, but it can control a wide range of software and can be used to play melodies, shape sound, program loops, control effects and mix tracks.

Mune is the brainchild of Scott Stevenson and composer and music professor Andrew Staniland, who found that audiences were unsatisfied with the traditional digital controllers used in Staniland’s electroacoustic performances.

Staniland explains in a press release: “I found that I was at a disadvantage making music electronically, because, while I was doing a lot of things on stage like the other musicians, there was no visible cause-and-effect between my actions and the sound.” 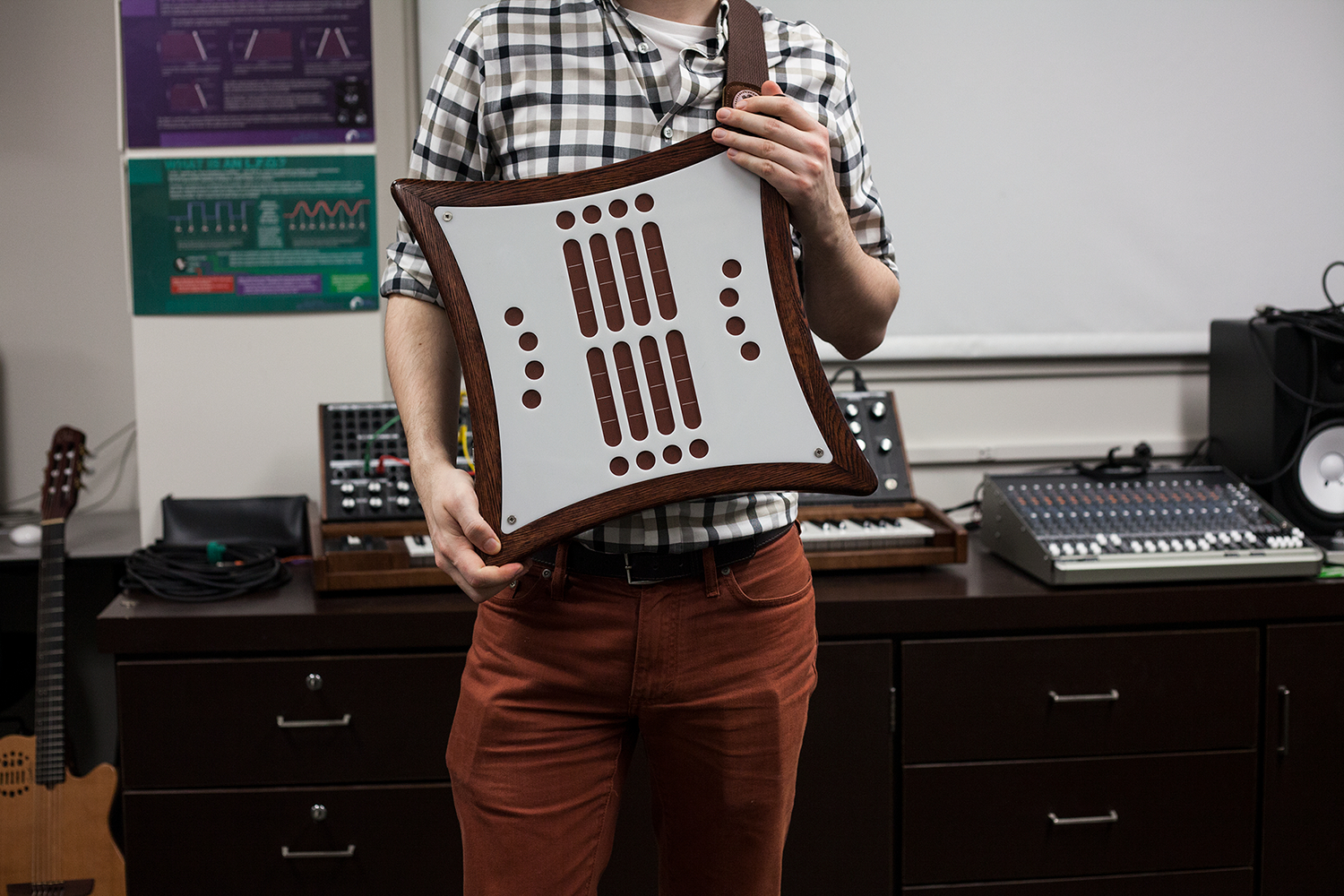 The current iteration of Mune follows four prototypes developed by the pair, who are launching a Kickstarter campaign to fund the instrument in August.

As well as the instrument itself, the Stevenson and Staniland have plans for a platform called the Mune Commune, where users will be able to download apps to use with it. The first include an FM synth, live looper, drum machine and video processor.

Mune follows a host of other unusual MIDI controllers, including the handpan-inspired Oval, and the string instrument-style Artiphon Instrument 1. [via Synthtopia]

Read next: This MIDI controller is a Nintendo Power Glove for producers