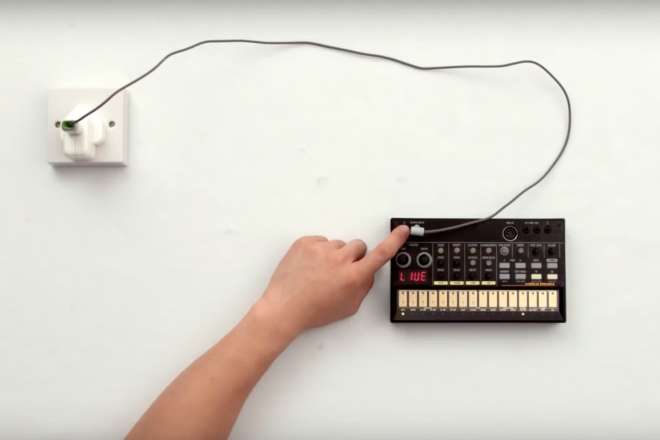 Ripcord, a “plug and play anywhere” USB power system, is close to reaching its funding goal on Kickstarter, meaning producers with music gear could have an alternative to regular adaptors.

While some music gear can be powered over USB, most still relies on batteries or a traditional 9V adaptor, but Ripcord comes with a tip adaptor set, meaning it will be able to plug into most equipment and draw power from a USB wall plug, laptop or even a mobile phone.

The cable increases the 5V that usually comes through a USB cable, and comes in several different voltage variations up to 18V, allowing equipment like the compact synths, portable speakers and guitar pedals to be powered outdoors by a phone.

Ripcord comes from Dublin-based company MyVolts, which already sells power cables for music gear. It’s made from tangle-free braided cord, and Korg’s popular Volca synth even gets its own five-way splitter cable for powering each model in the range.

As well as potentially saving money on batteries and allowing musicians to be more mobile, the Ripcord means that travelling musicians won’t have to worry about having the right power supply for different countries.

Backers on Kickstarter can choose from several different packages, going from a single cable on its own for €14 to €129 for a full set of voltages, adaptors, splitters and cable extenders.

The campaign ends on June 5, but only needs €2,000 before it reaches its €25,000 target. Find full details at Kickstarter. [via Synthtopia]